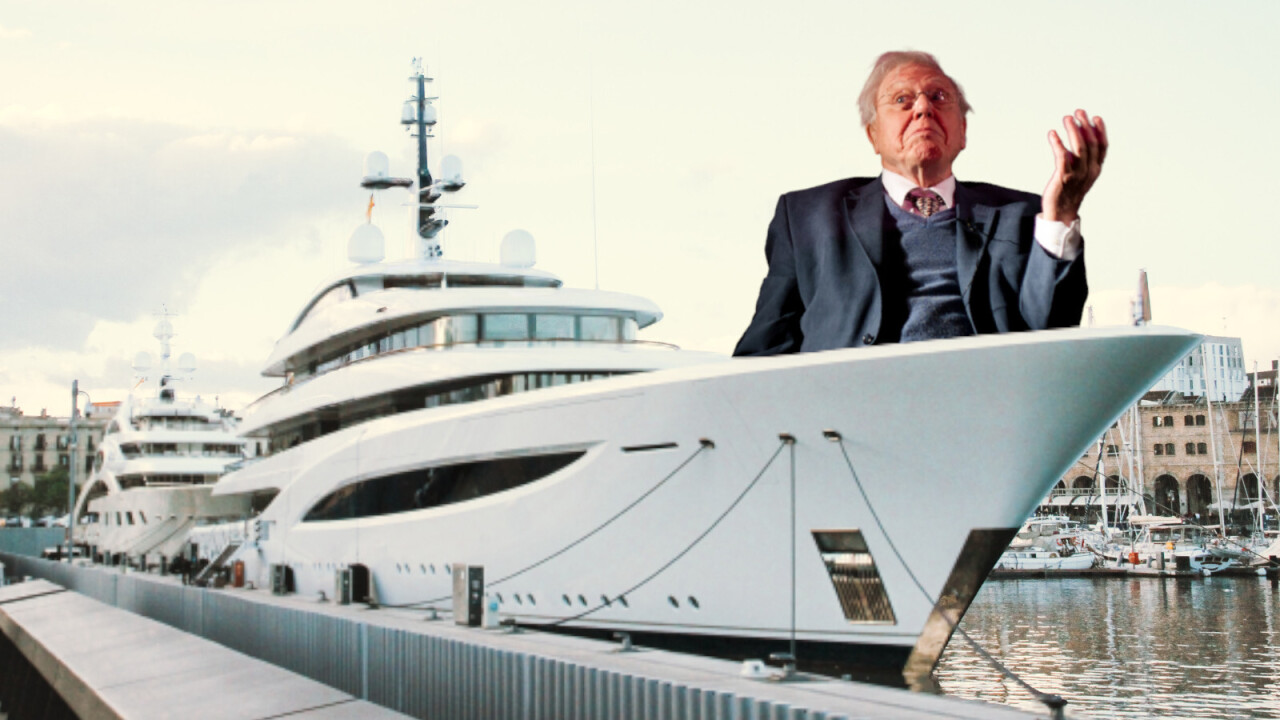 Luxury and sustainability aren’t words that you often see together. When exuberant decadence is the name of the game, thinking of the planet tends to go out the window pretty damn quick.

But as I was leafing through the pages of famed luxury lifestyle magazine the Robb Report, doing my best to escape the reality of lockdown life, I stumbled across something that seemed at odds with norms of luxurious excess: a solar-powered yacht.

Owning a yacht is peak rich-person lifestyle, I assume. I wouldn’t know, I don’t own one. But when the hoi polloi of the world come together to clink champagne glasses and wag chins there are often lots of very big, privately owned, and privately staffed boats nearby. Think of the Monaco F1 Grand Prix and you get the idea.

But it seems there is a growing enthusiasm in the posh yacht world for hybrid and electric drivetrains.

The eye-catching boat that reeled me in on Robb Report is from a company called Silent Yachts. Built atop a 24-meter-long catamaran platform, the vessel features three decks, six staterooms, and unlimited range. That’s thanks to its 1,227 square feet (114 square meters) of solar panels and lithium-ion batteries that power its 250 kw electric motors.

To think that electric yachts have only just sprung into existence following on the coat tails of electric vehicles would be wrong. Silent Yachts’ CEO and founder made the shift from diesel to electricity back in 2005 when the boat builder began developing its latest generation of vessels.

Thanks to electric drivetrains, the boats are smoother as there’s no diesel engine throbbing away in the belly of the ship — if you’ve ever been on an overnight ferry crossing, you’ll know what I mean.

Silent Yachts is largely recognized to have created the world’s first solar-powered yacht with its Solarwave 46. While solar-powered cars don’t make a lot of sense as they don’t work all over the world, yachts on the other hand rarely venture to place where there’s no sun, so they kind of make sense — well, as much sense as a needless item that costs man millions of dollars can make. They are items of luxury after all, why would you sail them to places where the weather is bad?

Since Silent Yachts has proved there is a market for this kind of boat, others have followed. Robb Report cites Serenity Yachts and BYD Group — not the car company — as other noteworthy manufacturers operating in this niche.

Feadship, a luxury boatyard based in Amsterdam, is one of the first to develop hybrid powertrains for gigantic yachts. Its 83-meter-long boat, named Savannah and built in 2015, was its first to include a bespoke diesel-electric hybrid powertrain.

“When we built Savannah, a hybrid with the [battery] equivalent of many Teslas in the engine room, we also invented the classification rules for these yachts,” company director Henk de Vries told Robb Report.

“Even though the project was successful, the super yacht world was slow to adapt. I want to get to the point where one owner says to another, ‘Oh, your boat still burns fossil fuel?’ That will help create the mindset,” he added.

Even though it’s a hybrid, Savannah is still capable of carrying 150,000 liters of oil-based fuel and when these boats can burn up to 500 liters of fuel an hour it’s certainly not eco-friendly. However, the addition of hybrid power can boost fuel economy by up to 30%, according to Feadship’s technical specifications.

It’s sounds like a step in the right direction, but it’s going to take a long time to convert the world’s super yacht owners to buy into greener drive trains.

According to a 2017 study, there were about 300 super yachts (over 60 meters long) in the world, and their impact on the planet is staggering. The academics that conducted the study calculated that the global fleet of super yachts uses more fuel than 60,000 average gasoline cars each year.

In terms of emissions, in 2017 the world’s 300 largest super yachts contributed over 285 million kilograms of carbon emissions annually. That’s over five and a half times larger than the yearly carbon footprint Liechtenstein.

There is absolutely no question that these kinds of boats need to pivot to less polluting drivetrains.

If you’re one of the 200,000 people in the world that are actually wealthy enough to be able to afford one of these rigs — and for some reason took the time from your luxurious lifestyle to read this article — the least you can do is buy an electric or solar-powered one. Or maybe even buy one that’s powered by wind.