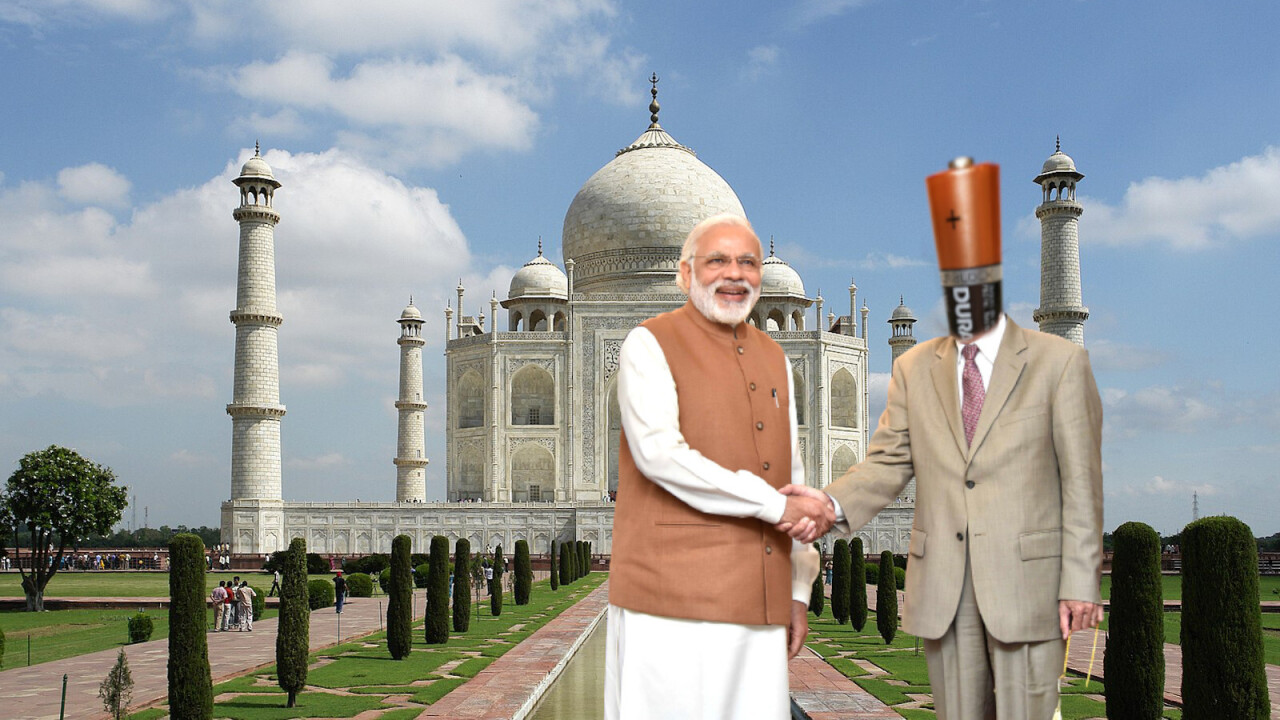 According to documents seen by Reuters, India’s government is putting aside $4.6 billion to incentivize companies that are looking to build battery manufacturing facilities.

The move comes as part of a national push to promote electric vehicles and reduce fossil fuel dependency.

As India isn’t a large oil producing country per capita — most of its fossil fuel is imported — switching to electric vehicles could save it a sizeable sum.

A proposal drafted by a federal think tank chaired by Prime Minister Narendra Modi, estimates the nation could save as much as $40 billion over the next 10 years if EVs are used widely.

The think tank suggested that the $4.6 billion should be paid out over the next decade, and the best way to use the fund is to channel in into companies manufacturing EV batteries. The incentives would include cash and infrastructure bonuses of $122 million over the next financial year, which would increase annually until the money is used up.

“Currently, the battery energy storage industry is at a very nascent stage in India with investors being a little apprehensive to invest in a sunrise industry,” the proposal said.

The proposal is yet to be reviewed by Prime Minister Modi‘s cabinet, it’s expected that they’ll do so in the coming weeks.

Despite being the second most populated country in the world, India sells barely any electrically powered vehicles. According to the report, just 3,400 EVs were sold last year, that is compared to 1.7 million combustion vehicles.

If India is able to crack open the EV market, it could have a notable impact on global carbon emissions.