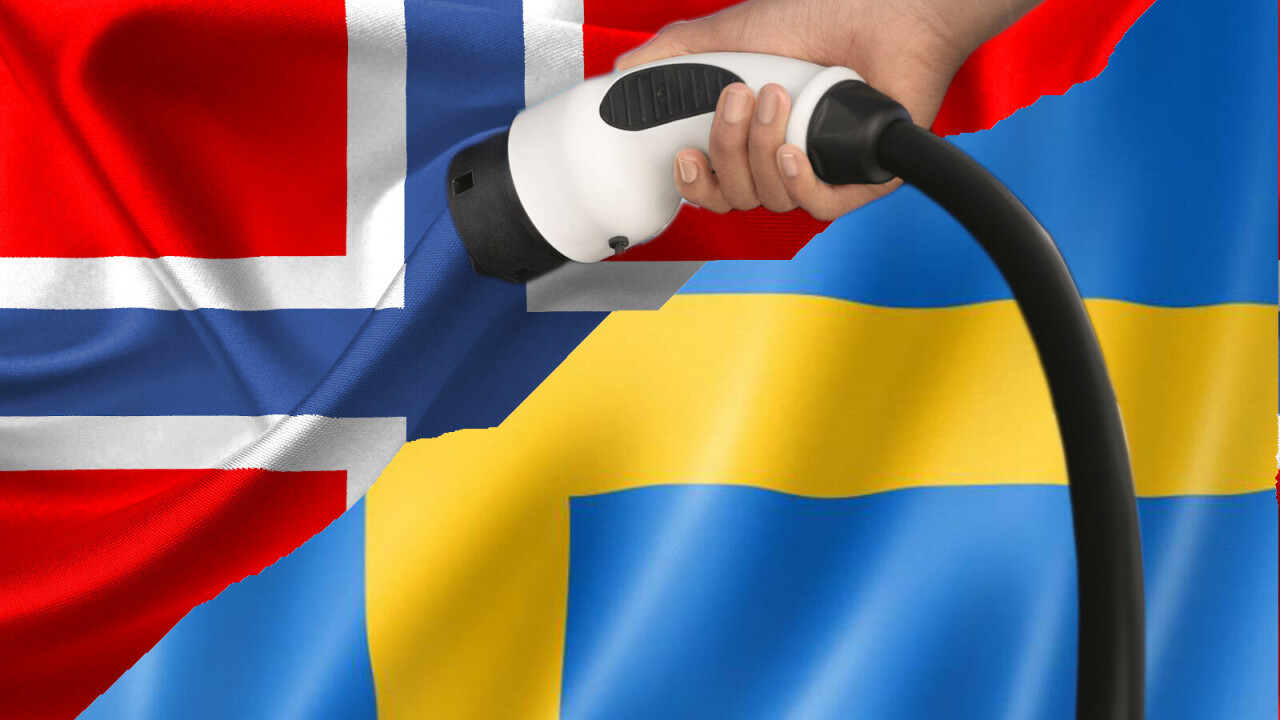 Compared to the rest of Europe, Nordic countries are leading the way when it comes to the adoption of electric vehicles (EVs).

Norway and Sweden have just released their new car registrations for August 2020, so let’s take a look at what cars those countries are actually buying in their shift to clean transport.

[Read: EVs aren’t worse for the environment than regular cars — so stop trying to prove it]

Take a look at the visualization below to get an idea of how some models stack up in each country, or read on for the words. Note that only cars that sold in both countries are included here, they’re also raw sales figures so bear in mind Sweden has twice the population of Norway.

Starting with figures from Norway‘s OFV, the universally popular Tesla Model 3 sold 264 units in August 2020. This is actually way down on its 2019 sales figure when it sold 649 units over the same month.

These figures were nothing to write home about, though. The runaway leader for EV sales in Norway last month was the Audi e-tron, which sold 755 units. The similar electric SUV Mercedes-Benz EQC also had a good month and sold 595 units in August.

The Polestar 2 also got off to a good start with August seeing its first month of deliveries in Europe. According to OFV figures seen by Forbes contributor Jim Collins, it sold 504 units in the Nordic nation.

Over the border in Sweden, new EV buyers appear to be a little more conservative than their Norwegian counterparts opting for smaller family cars rather than electric SUVs from the likes of Audi and Mercedes.

Living up to its name, the Tesla Model 3 was the Scandinavian country’s third most popular EV selling 235 units.

The Audi e-tron sold 233 units and the Mercedez-Benz EQC was way down the list having sold just 57 units.

With nearly half of all new cars sales being EVs in Norway, Sweden has some way to go to match the Nordic country in outright numbers of cars sold. But it’s going in the right direction.

What these sales figures really show, though, is that new car buyers have a real spread of choice now. Tesla’s days of being the only desirable EV seem to be numbered as other brands like Audi, Mercedes, Kia, and Polestar solidify their offerings.

If the rest of Europe is set to follow in Norway‘s footsteps it’s unlikely that any one electric vehicle will reign supreme. Rather, we need manufacturers to get on board with the shift to sustainable transport and offer as much choice as possible.

*The Norwegian sales figures track the top 20 vehicles of the year-to-date, so newly released vehicles like the Polestar 2 don’t appear on the publicly available list.