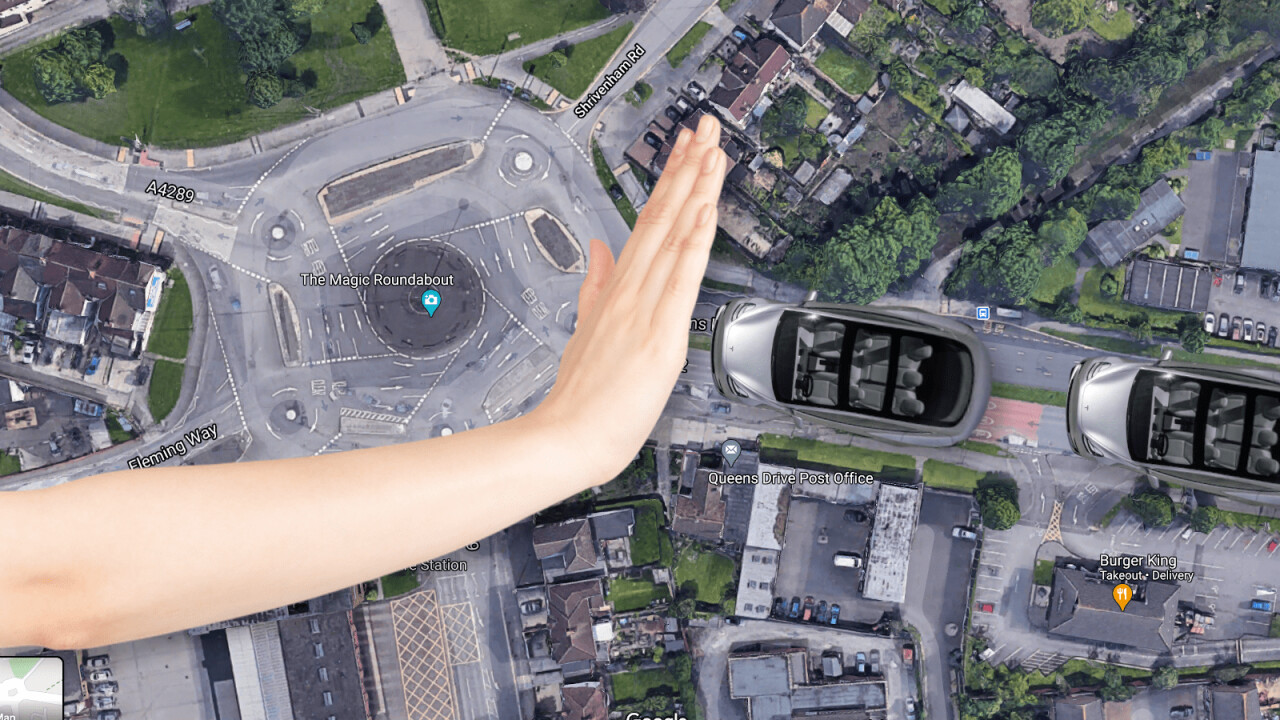 A UK-based YouTuber who goes by the name of “Tesla Driver” has received a warning, telling them that their use of Autopilot on British roads is illegal.

Police authorities in the UK have said that by using the supposedly self-driving system, the illicit Autopilot tester is breaking the law, local news reports.

The driver in question enabled Autopilot and put it through its paces on what’s known as the Magic Roundabout in Swindon, England.

[Read: This company claims it can use nuclear waste to make batteries that last 28,000 years without charging]

There’s also a Magic Roundabout in a town just north of London called Hemel Hempstead, and they both work in the same way. There’s one central roundabout that you can drive around in either direction, and five smaller satellite roundabouts that operate as normal.

Having driven through the one in Hemel Hempstead myself many times, I can tell you first hand they’re nothing but chaos, but somehow they actually work. I guess that’s why they’re magic…

You can watch Tesla Driver’s demonstration of how Autopilot copes with the Magic Roundabout below. To their credit, he does a good job of explaining how the roundabout works.

As is noted in the video, Autopilot is not equipped to work with roundabouts, so I don’t exactly know what the driver was expecting to happen.

Unsurprisingly, the Autopilot system has a meltdown the second it enters the roundabout and demands the driver take over control.

While they did go out at 5am on a quiet Sunday morning, when there were few drivers around, that doesn’t make what they were doing any less illegal.

A Wiltshire Police spokesperson told the BBC: “The UK’s current legislation does not allow for their use [self-driving cars] on public roads.”

“The driver in the YouTube video is breaking the law when he allows the car to take control as he is not in proper control of his vehicle and, if stopped by officers, would be asked to attend court,” they added.

In a recent interview, Matthew Avery, who is director of research at vehicle safety testing firm Thathcham and a Euro NCAP board member, told SHIFT that drivers would be contravening “section four of the road traffic act… the laws that say drivers must be in control of the vehicle at all times.”

It’s worth pointing out the driver would be driving legally if they kept their hands on the steering wheel and in total control of the vehicle. When enabling Autopilot, Tesla asks drivers to maintain situational awareness and full control of the vehicle. Tesla vehicles are not equipped with a driver monitoring system to ensure this actually happens, though.

From a technical point of view that demonstrates the capabilities and limitations of Autopilot, Tesla Driver’s videos are very informative. But as the Wiltshire Police point out, they’re also very irresponsible; it was only a matter of time before the authorities got involved. Luckily for them, Tesla Driver has uploaded hundreds of hours of footage of them illegally using Autopilot on public roads.

Last week, the UK government took a notable step towards regulating self-driving car tech with a “call for evidence” on automated lane keeping systems (ALKS). ALKS tech is capable of altering the speed of a vehicle and keeping it within its lane on a highway.