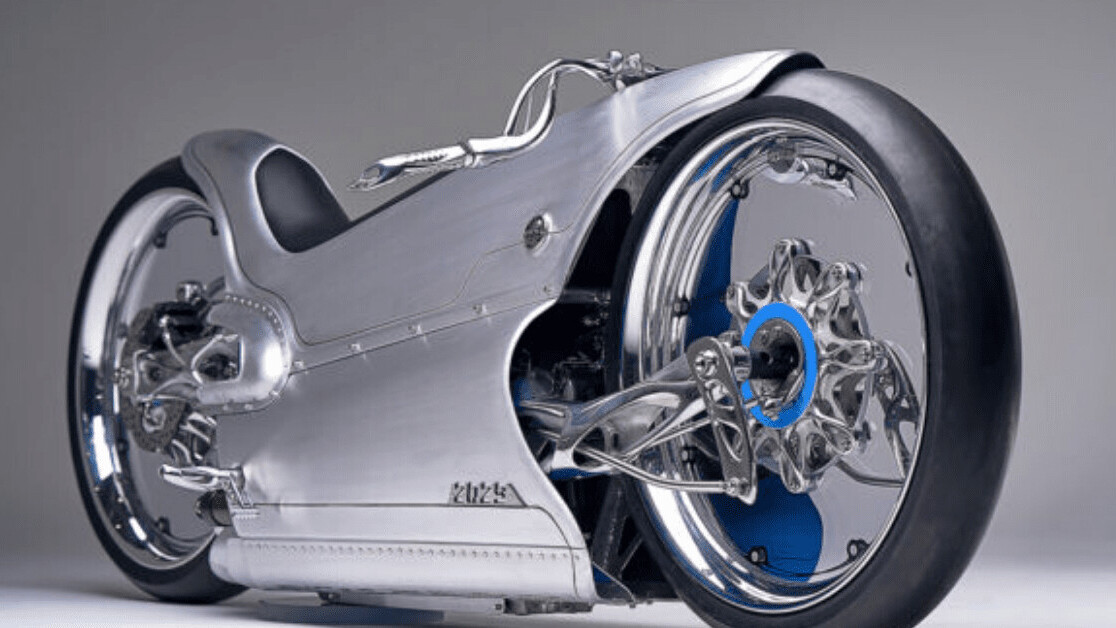 This article was originally published by Michael Lange on Clean Fleet Report, a publication that gives its readers the information they need to move to cars and trucks with best fuel economy, including electric cars, fuel cells, plug-in hybrids, hybrids and advanced diesel and gasoline engines.

The electric motorcycle has reignited an optimism in design the likes of which we haven’t seen in over a century. The very structure of the motorcycle we’ve come to know is largely rooted in its function, a fuel tank gravity feeding gasoline to an internal combustion engine. As is often the case, the evolution of technology is redrawing the boundaries of expression and those of us who love the motorcycle are enjoying our front row seat of the renaissance.

Nearly a century ago, a designer named Georges Roy set out to revolutionize two-wheeled transportation with a motorcycle called the Majestic. It was meant to usher in a new era of elegance and comfort–evolving the motorcycle from its bicycle heritage to be more like the automobile.

Its design was unconventional, incorporating a low, square-perimeter type chassis, its body acting as a cosmetic covering for the motor and drivetrain, while at the same time covering the front and rear wheel. A hub-centric steering configuration allowed the fork to be eliminated and the controls to be routed cleanly through the body. The rider could remain protected from the oily components, astride a pan-style, coil-sprung saddle.

While Roy’s Art Deco masterpiece would prove too extravagant for riders of its day, it continues to inspire the imagination of builders like Brian Fuller. In a small shop outside of Atlanta, Fuller recently introduced a truly one of a kind electric motorcycle–the 2029 Majestic.

The 2029 project was commissioned by the Haas Moto Museum and Sculpture Gallery, a collection of more than 200 motorcycles located in Dallas, Texas. Owner Bobby Haas’ 1929 Majestic would serve as the muse for Fuller’s creation.

The foundation is a chassis sourced from a Zero FXS electric motorcycle. Sharing similar dimensions as the original Majestic, the frame was inverted to keep the batteries and motor in a low position, in line with the 23-inch polycarbonate wheels.

Fuller, a metal worker by trade, hand-formed the individual parts of the fully enclosed aluminum body.

The Majestic’s hub-centric steering system is key to its unconventional appearance. The wheel’s hub serves as the pivot point rather than the traditional headstock and is connected to the steering column through a tie rod. Fortunately for Fuller’s team, Bimota had used a similar configuration on its Tesi model, which would serve as a basis for the hub on the 2029.

From lightsabers to laser beds

One of the most interesting aspects of the project was its use of 3D metallic printing. Bryan Heidt, Fuller’s lead metal fabricator, created the general design of the components, then sent them over to Nick Pugh, a transportation designer who’s done quite a bit of work in the movie business, most recently creating vehicles for the latest Star Wars installment.

Pugh’s artistic interpretations were translated into print-ready, 3D CAD models. A company by the name of Oerlikon went to work creating the titanium alloy parts using a process known as Laser Powder Bed Fusion of Metals (PBF-LB). It truly is 3D printing for metals–just plug in the design, select the alloy of your choice and layer by layer a strong, functional part is created just as the designer imagined it.

A true piece of rolling art, the 2029 Majestic is also a fully functional electric motorcycle. Its 34 kilowatt motor is good for 78 pound-feet of torque with a 100-mile range before needing a plug in. While the 2029 may never leave its display stand, it’s nice to know it has more than enough juice to make a cruise to the local drive-in a memorable one.