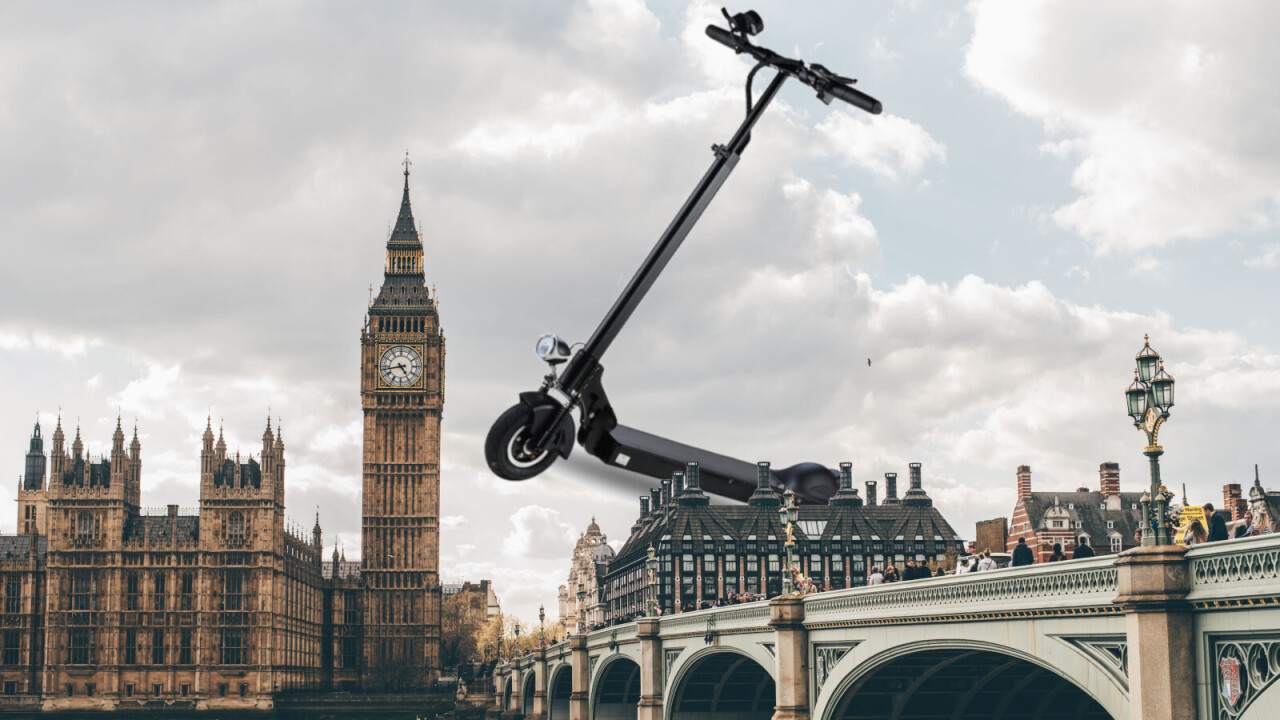 The coronavirus pandemic has pushed the UK government to speed up its trial and potential introduction of e-scooter schemes in the country.

According to scheme guidance published late yesterday, the UK‘s Department for Transport (DfT) is fast-tracking and expanding the nation’s trials of e-scooter services in an attempt to prompt a safe and “green” restart to local travel as coronavirus lockdown measures are lifted. It also hopes the services will ease public transport demand.

This means that e-scooters might start cropping up on UK streets as early as next week. However, privately owned e-scooters will remain illegal; only service providers will be allowed to operate the two-wheeled transport.

To satisfy interim legislation, e-scooters will be regulated in the same way as ebikes are. Given their speed, size, and visibility the DfT says they’re basically like ebikes anyway.

As such, the e-scooters won’t be allowed to ride on pavements, will be restricted to 15.5 mph (around 25 kph), and riders are advised to wear helmets, but as with riding a bike it’s not a legal requirement.

Speaking of legal requirements, there are some criteria that must be satisfied before riding a public e-scooter in the UK. Riders must have a full or provisional car, motorcycle, or moped license, and be over 16 years old.

According to the DfT’s announcement, scooter providers are required to capture the license details of its users, so expect to fill out some know-your-customer details and scan in your drivers license before riding.

According to the BBC’s report, some 50 local authorities have expressed interest in trialing the schemes. Amongst them, Middlesbrough is expected to have its scheme up and running from next week.

This isn’t a permanent introduction of the transport tech though, this announcement is part of more widespread 12-month-long trials. Originally, the government planned to trial new transport tech including self-driving cars, delivery drones, and e-scooters in just three special regions from 2021.

While you can debate the benefits of private versus public e-scooters all day, what the UK is doing here is arguably counterintuitive to their goals. As stated, the UK government wants to provide an alternative to public transport so the fact that a driving license is required kind of goes against the grain.

Sure, it’s pretty cheap and doesn’t take too long for over 16s to get a provisional license, but these kinds of transport solutions are supposed to liberate and offer new opportunities, not lead to more bureaucracy. Take the successful London bike hire scheme (AKA the Boris bikes) for example, they’re cheap, require no sign up procedure, and are open to everyone.

Perhaps the most interesting outcome of these trials will be to see how local residents respond to the dockless free-floating scooters. In cities all over the world where e-scooters have been trialed, many always find their into rivers, docks, and generally end up in places they shouldn’t be.

The DfT expects the trials of public share schemes to prevent a swathe of low-quality e-scooters “flooding on to the streets.” But the issue here is that public schemes are dockless, so regardless of the quality of the e-scooters, they’ll still be lying around in public places creating a nuisance and a trip hazard.

If private devices were legalized, you’d expect people to fold them up and park them inside, or generally be a lot more careful with how they park them. As other schemes have shown, when riders don’t own the devices they care a lot less about where they leave them.

Indeed, disability awareness campaigners have spoken out against the introduction of e-scooters, worried that the increase in dockless devices will make it difficult to navigate pavements safely.

While there will be laws to prevent their use on pavements, traffic safety campaigners are also concerned that e-scooters will mostly be used on pedestrian walkways. All we can hope is that service providers invest in educating their users on how to use their e-scooters legally and safely.

If the worst does happen and an accident occurs, e-scooter providers are required to insure their riders as part of their service, too. So there should at least be some financial support in these, hopefully rare, instances.

If you live in a big city in the UK, keep your eyes peeled because you could be seeing a lot more e-scooters on the streets by the time summer is out.