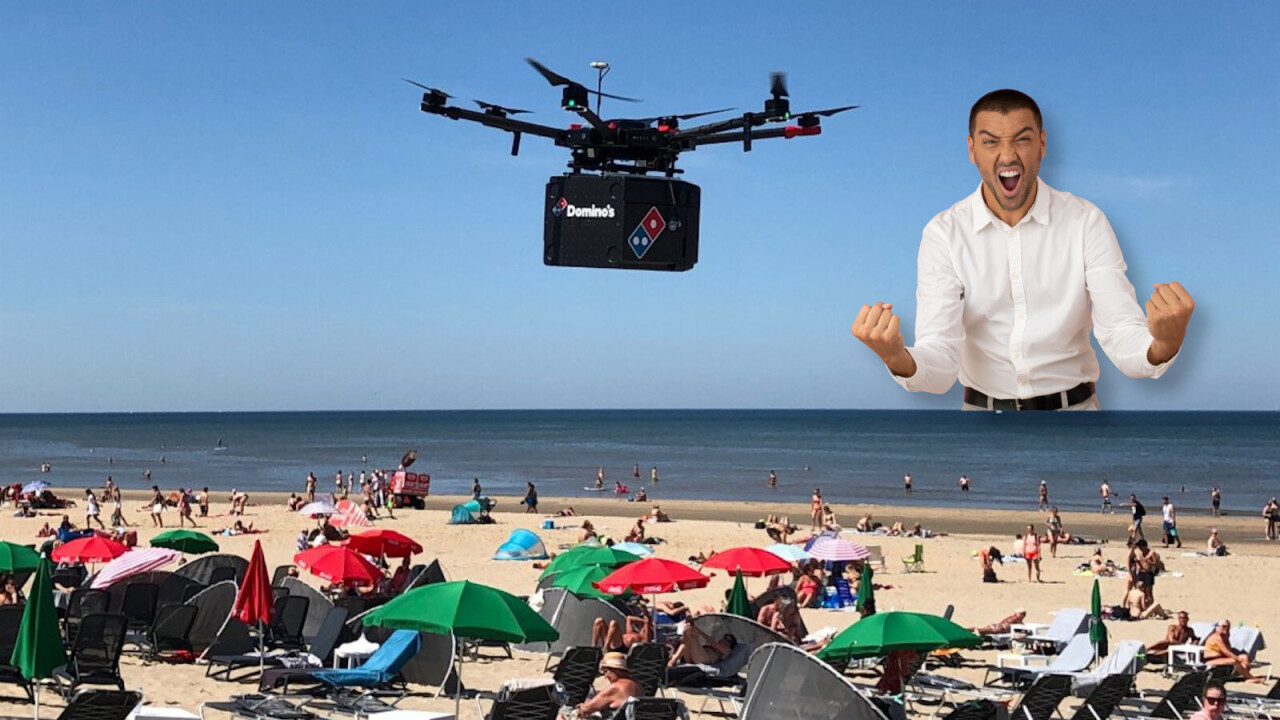 Have you ever dreamed about having a magical flying drone deliver a pizza right to wherever you might be? Dream no more because a pizza chain in the Netherlands just took a step to making that a reality.

According to a report from Dutch news outlet RTL, Domino’s Pizza carried out a successful test flight of a pizza delivering drone to get the cheese-topped, dough-based sustenance to customers on a beach in Zandvoort on the coast north-west of Amsterdam.

“We are testing with drones as a future solution to get to difficult or more remote places, such as on the water,” the pizza chain said.

Indeed, Domino’s in the lowlands already has the option to deliver anywhere. Using your phone’s GPS you can place an order and have it delivered to wherever you are. Most of the time the pizzas will be delivered using a bicycle, moped, or other conventional forms of transport. But those delivery methods aren’t always practical, it’s not that easy to ride a bike over loose sand, so a drone seems like a good option.

With this successful test flight, our pizzas could be getting delivered by drone in the near future. Well, as soon as legislation allows for it, going by what Domino’s says, the tech is ready.

“When we can actually deliver with drones depends, among other things, on legislation,” a Domino’s spokesperson said.