Picture this: You’ve just bought your first electric vehicle, and you’re taking it on its maiden voyage. You decide to swing by the services to charge your shiny EV as you stare at it, lovingly, through the Costa Coffee window.

But there’re no chargers available, because the services only have two. You despair as a Tesla Model 3 owner drives past smugly on their way to the mostly empty Supercharging lot round the corner.

Well, situations like that could become a thing of the past, in the UK at least, as the country is set to get its first EV-only service station, Autocar reports.

Sustainable energy company, Gridserve, reportedly broke ground for its first EV service site in Braintree, Essex earlier this week. If all goes as planned, it’s expected to open this summer.

When fully operational, the site will have 24 rapid chargers, a supermarket, and an EV education center.

The rapid chargers will be able to charge at a peak output of 350kW, which should future proof them for new EVs. At the moment, only the Porsche Taycan can charge at that kind of power. For the regular EV driver, it means they should be able to do a zero to 80% charge in minutes rather than hours.

What’s more, the location will be powered by roof-mounted solar panels, solar farms, and battery storage units. This is a wise move as conventional service station operators have been critical of the UK power grid‘s ability to handle the expected uptake in EVs. Moving to solar power lessens demand on the grid.

In time, this Essex location will be just one of many in Gridserve’s network. As part of a £1 billion ($1.3 billion) scheme, the company says its network will expand to 100 locations within the next five years.

Range anxiety, the constant worry of running out of charge miles from home, is still a very real concern for drivers. It’s one of the main reasons why drivers are hesitant to make the shift to electrically powered cars.

As the UK government’s 2035 petrol/diesel ban closes in, new car buyers will be left with no option but to go electric. So this is certainly positive news and a step in the right direction to supporting the country’s ambitions.

According to EV charging point network monitor, Zap Map, there are more than 11,120 charging locations across the UK at the time of writing. 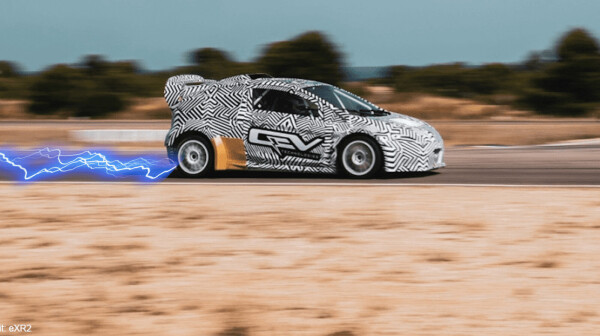