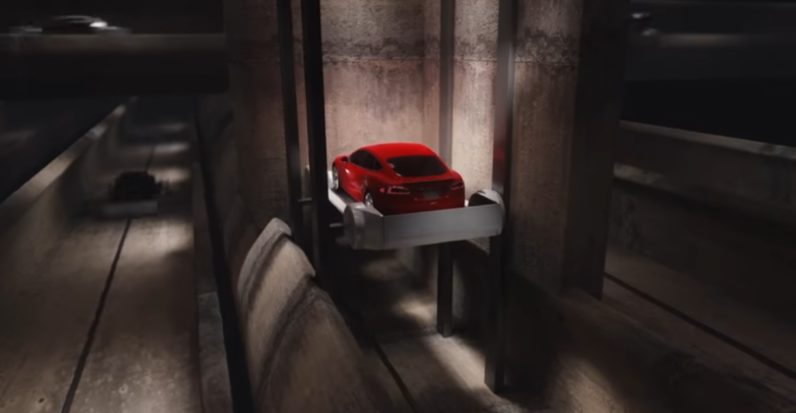 After creating Tesla, setting the Hyperloop in motion, and trying to send more people to space, Elon Musk is now working on a boring company. And by boring, I mean creating holes in the ground.

Musk has teased this new venture – literally called the Boring Company – for some time now; its current goal is to help stop LA traffic by creating a network of underground tunnels that everyday cars can used. Yesterday, a SpaceX employee posted a photo of the machine – dubbed ‘Nannie’ – that will creating the holes.

Then today, the Boring Company posted this concept video to its YouTube Page. It’s a doozy:

Basically, the cars are able to get on elevator platforms on the side of a road that would take them into the underground tunnel network. But rather than simply being another road underground, instead your car is transported on a rail system that can accelerate up to 124 miles per hour. There are even some public transport vehicles in the video as well.

I know the man is trying to get people onto Mars and all, but this might just be his most outlandish idea yet. The company has to pass a myriad of regulatory hurdles, somehow create giant holes under existing infrastructure, and be safe enough to deal with California earthquakes.

But then, I’m sure Musk and his team have given this more thought than I can in the space of 250 words. Here’s hoping for a solution to LA traffic once and for all.

Read next: Visual effects expert sells the hell out of old Suzuki