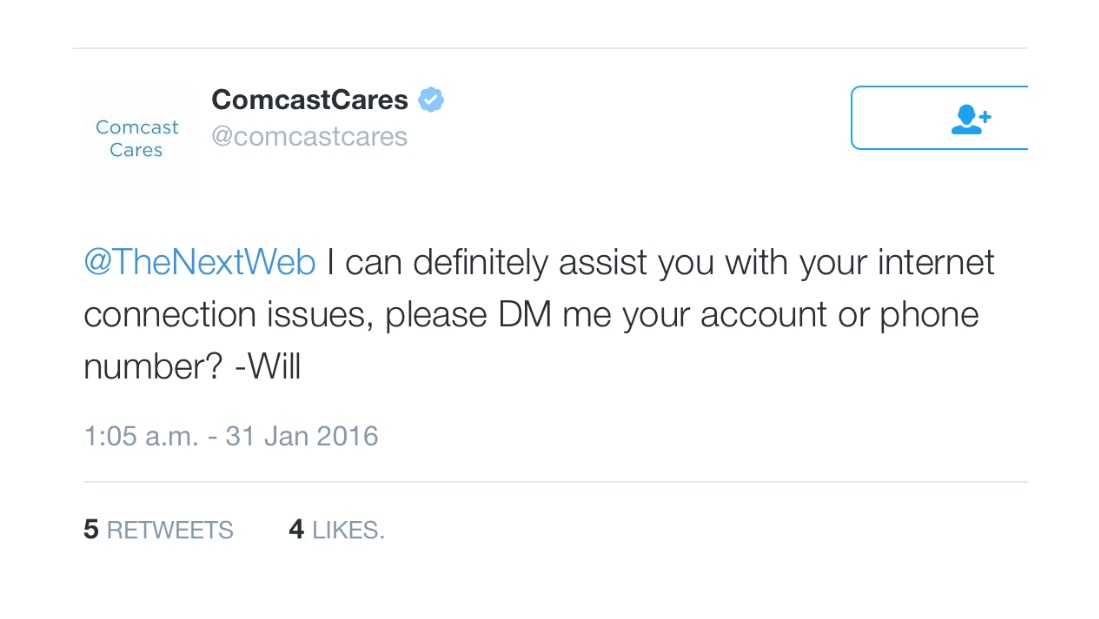 Earlier today we brought you news about a frustrated Comcast customer who set up a bot to tweet every time his connection with the US ISP dropped in speed.

As usual when we publish an article, we tweeted about it on our @TheNextWeb Twitter account. Comcast’s response was just too perfect.

I really hope it’s a bot. If it was a real person, we can only assume that either Comcast forces its customer service agents to reply to any tweet about connection issues, or they’re bombarded with complaints to the point where they lose the ability to filter.

Anyway, this was our response…

Whether there are bots at play or humans following strict instructions, this incident highlights big companies’ struggles to keep up with the 21st Century’s more informed, more demanding customers. Remember this Comcast customer service fail from a couple of years ago?

UPDATE: Comcast has been in touch to say that the tweet above was sent by a human who replied a bit too readily while working a night shift, and steps are being taken to ensure it doesn’t happen again (read: training and checking their work, rather than firing). The company says all its support tweets are sent by humans and it’s expanding its team and aiming for a 30 minute response time to customer tweets.

Read next: Learn photography and editing essentials with Adobe’s All-Inclusive Photoshop Bundle – 93% off