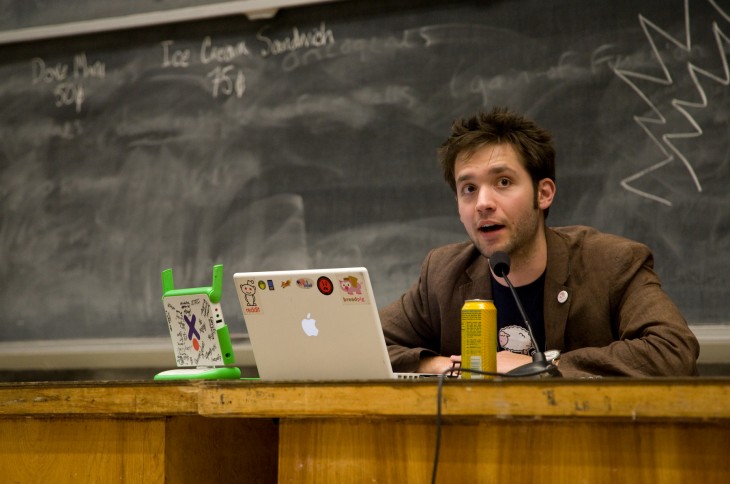 Reddit co-founder Alexis Ohanian has a new video out that documents his attempts to reach one of several technology leaders in Silicon Valley. His aim? To get Google’s Larry Page, Facebook’s Mark Zuckerberg, and Twitter’s Dick Costolo to take a stance on Internet privacy and say that their privacy policies matter. The purpose: To protest against the Cyber Intelligence Sharing and Protection Act (CISPA) currently being debated in the US Congress.

In this short 2 minute 15 second video, Ohanian, who is a regarded Internet freedom activist, makes an attempt to contact Page. But since he doesn’t have Page’s direct number, he contacts the Google operator for assistance. And as we all know, trying to get in touch with customer service at either Twitter, Facebook, or Google via phone can be rather difficult.

Along with his dog Noodle at his side, Ohanian spends about an hour navigating through the switchboard to get a human being who can help him out.

In the end, he fails to reach anyone of note. Ohanian tries to also reach Zuckerberg and Costolo, but ends up with the same results. So while he’s unable to reach the tech leaders, he encourages viewers to sign the CISPA petition to protect Internet freedom and to use social media to rally support for this cause.

It’s interesting how Ohanian tried to reach out to Zuckerberg, especially when last month, it was reported that Facebook, along with Microsoft, was dropping its support for CISPA. The social networking company said in a statement:

We are encouraged by the continued attention of Congress to this important issue and we look forward to working with both the House and the Senate to find a legislative balance that promotes government sharing of cyberthreat information with the private sector while also ensuring the privacy of our users.

There are also amendments being considered for CISPA, with one seeking to potentially require “reasonable efforts” to strip personally identifiable information.