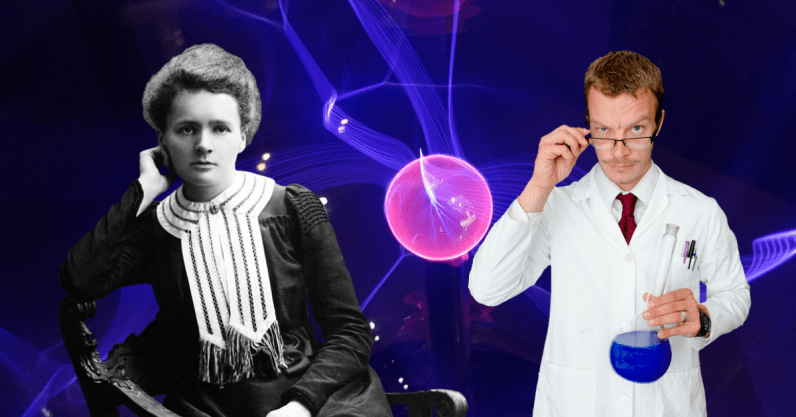 Despite that the first coder and writer of a compiler were women, today in science, technology, engineering, and math (STEM) fields, women are grossly underrepresented. Dating back to the 1800’s, influential scientists, including Charles Darwin believed women were “biologically inferior to men.” These “antiquated” beliefs didn’t stay in the 18th century either. Just last year, an engineer from Google published a whole manifesto detailing the various ways women were biologically different from men, and urged Google to have an “honest discussion about the costs and benefits of our diversity programs.”

Now, a peer-reviewed academic journal, ‘Quantitative Science Studies,’ made the controversial decision to publish a paper that claims men are inherently better suited for a career in physics than women — and concludes that women don’t face any more career hurdles than their male counterparts.

In the study, the author and physicist, Alessandro Strumia, examines 1.3 million physics papers, published from 1970 to this year. After identifying the authors by gender, Strumia attempts to explain how quickly women with PhDs in physics are hired, how soon they publish papers, and how long they continue to do so, according to Science News.

As reported by ScienceInsider, Strumia’s primary takeaway is that men and women have equal opportunities in fundamental physics, and women don’t necessarily face a more hostile work environment. “This is what comes out from the data,” Strumia says. “I believe [this] because I see this in the data.”

Critics have pointed out that his findings are filled with ‘unsubstantiated claims.’ Strumia’s methodology concluded that men and women physicists have similar opinions about which papers deserve to be cited, and that the authors of both genders cite their own studies at similar rates. This finding diverges from a 2016 analysis, which Strumia cites, that concluded male authors cite their own work on average 56 percent more than female authors.

Cassidy Sugimoto, an information scientist at Indiana University who has published studies on the gender disparities in science told the Science News that the study is “methodologically flawed” and “fails to meet the standards of the bibliometric community and doesn’t properly cite or discuss papers that come to conflicting conclusions.”

Last year, Strumia, faced widespread criticism after a presentation he gave at a conference held by CERN, the European Organization for Nuclear Research. In his talk, he claimed that physics was built and invented by men.

One of his slides outright said, “Physics is not sexist against women.” In response, more than 3,000 physicists signed a letter raising concerns, which led CERN to cut all ties with Strumia earlier this year.

STEM’s diversity issues are influenced by long-believed societal stereotyping on gender. Dr. Jess Wade, a physicist in the Blackett Laboratory at Imperial College London and activist working to fix the gender imbalance in science, told TNW: “Our society tells children they’re good at different things, whether it’s pink and blue toys, whatever clothing children wear, and the books they read — girls are told from an incredibly young age that science is for boys.”

This stereotype still exists today, according to Dr Anne-Marie Imafidon MBE, co-founder of STEMettes, the award-winning social enterprise inspiring the next generation of girls into STEM. In a recent TNW Answers session, Imafidon said: “We can get rid of it by challenging it when we hear and see it, with the examples of role models and the thousands of women who do science and maths everyday. We also can challenge it with the attainment stats that show girls outperform boys across science and maths qualifications.”

Despite multiple studies and stats proving women do face systemic barriers when working in STEM, a typically male-dominated fields. The academic journal’s editorial team admitted to Science News that “it’s aware of the paper’s flaws” — raising questions as to why it decided to publish the paper at all.

Read next: A new hack uses lasers to send inaudible commands to your Amazon Echo