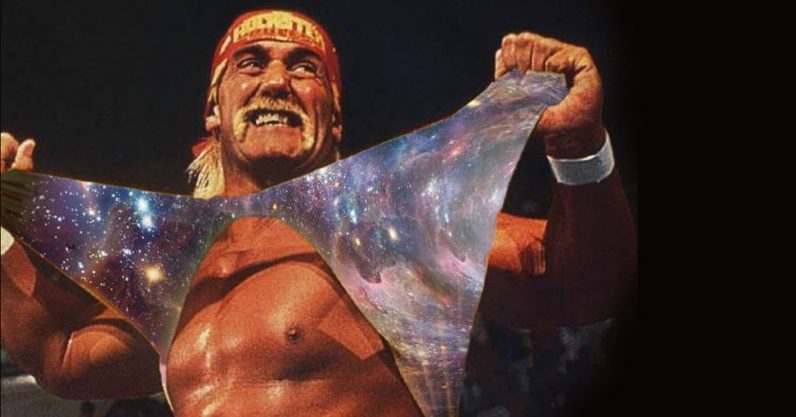 The science community has a crisis on its hands. Some anarchist physicists recently started kicking the tires on the Standard Model and they figured out the universe is expanding faster than it should be. This means the worst possible outcome imaginable has come to pass: scientists got some math wrong.

Either that, or the universe is ripping itself apart. Probably both. But, that’s hardly notable. If the universe started with a Big Bang, it’d be silly to think it was going to end with a “Mild Settling.” In fact, chances are we’re about to start discussing the Big Rip (actual theory) soon enough if physicists can’t sort out this Hubble Constant crap.

Here’s some background for those of you who aren’t science groupies. The Hubble–Lemaître Law, named for Edwin Hubble (yes, the guy they named the telescope after) and usually referred to as the Hubble Constant, is a number that describes how quickly the universe is expanding.

Astronomers in the 18th century figured out that heavenly bodies appeared to be moving away from the Earth in every direction. Since we’re certain our planet isn’t the center of the universe, we can assume the stars and planets themselves aren’t moving. It’s actually the space between the objects in, uh, space that’s changing. Dark matter, or something else (scientists legitimately don’t know), is filling up the universe and causing it to expand.

Hubble’s credited with being among those who sorted out the rate of expansion. It’s 67.4 kilometers/second per megaparsec. Knowing this number gives scientists the ability to run simulations to discern what the universe will look like in billions of years or how it looked billions of  years ago. Unfortunately, doing this with just Hubble‘s Constant is a lot like trying to predict global storm patterns in perpetuity by looking at a single drop of water in a laboratory. It’s really hard.

To make things worse physicists aren’t sure whether Hubble‘s Constant is accurate anymore. Independent studies show that specific objects, when measured with Hubble‘s Constant in mind, don’t appear to be exactly where they should be. In other words, either someone moved the stars, Hubble‘s Constant needs an update, some scientists screwed up some math, or the rate at which the universe is expanding has accelerated.

If the latter is true then it’s a near certainty that our universe will eventually rip itself apart. Perhaps the dark matter will reach critical intrusion and force the remaining white matter into a dense ball of pure energy that explodes in some kind of big bang forcing matter to expand into a tiny, baby universe that’ll eventually expand until it rips itself apart. It’s turtles all the way down, in other words.

It’s probably more likely that technological limitations and the sheer difficulty of accounting for all the possible variables when dealing with math at a literally astronomical scale have made it difficult to pinpoint the exact reason for the differences between measurements by separate research teams.

It could be years before we sort out the actual rate of the universe’s expansion. Scientists might prove Hubble’s Constant again, or perhaps we’ll find that all the numbers are correct and we’ll need some exotic new physics to account for these truths. In any case, it’s still just as likely that the universe is going to rip itself apart eventually. Happy Monday.

Read next: Report: Apple's 'Project OGRS' almost turned the iPhone into a walkie-talkie