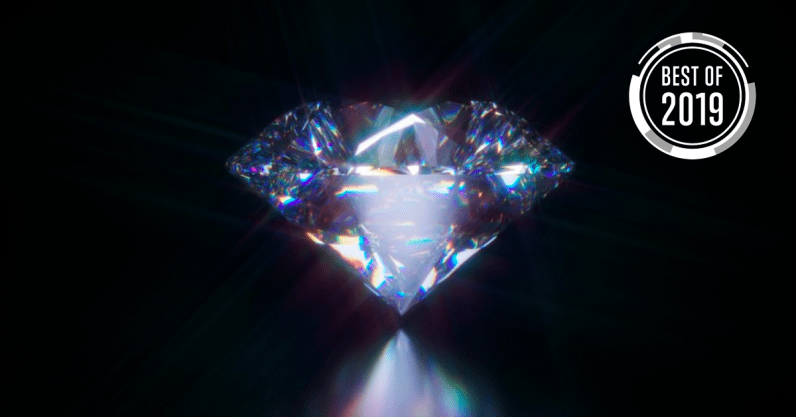 A team of scientists from Yokohama National University recently became the first researchers to teleport a photon into the vacuous space inside of a flaw within a diamond. In other words: physicists just invented quantum bling.

Imagine seeing the light from a torch reflected inside of a diamond. Now, imagine you’ve moved the diamond to another room, leaving the torch behind, yet it continues to reflect the light – that’s basically what the researchers did, just on a much smaller scale.

How did they do this? The usual: they played something nice on the radio for the diamond, wooed it with some microwave cooking, and created a magnetic atmosphere for magic to happen.

Or, as EurekAlert put it:

To manipulate an electron and a carbon isotope in the vacancy … the team attached a wire about a quarter the width of a human hair to the surface of a diamond. They applied a microwave and a radio wave to the wire to build an oscillating magnetic field around the diamond. They shaped the microwave to create the optimal, controlled conditions for the transfer of quantum information within the diamond.

Either way, the “vacancy” that researchers, Kazuya Tsurumoto, Ryota Kuroiwa, Hiroki Kano, Yuhei Sekiguchi and Hideo Kosaka were dealing with was the aforementioned flaw in the diamond. Irregularities inside of diamonds are caused by what scientists call a nitrogen-vacancy center – where there should be carbon, there is not. Thanks to the diamond‘s flaws, the researchers had room to squeeze a photon in.

It’s an amazing accomplishment. Especially in the Yokohama University study, where sending a photon into an inaccessible space using quantum teleportation represents the bedrock for what could eventually become a completely secure, distributed quantum computing network.

Read next: How to install and use Alexa on Windows 10