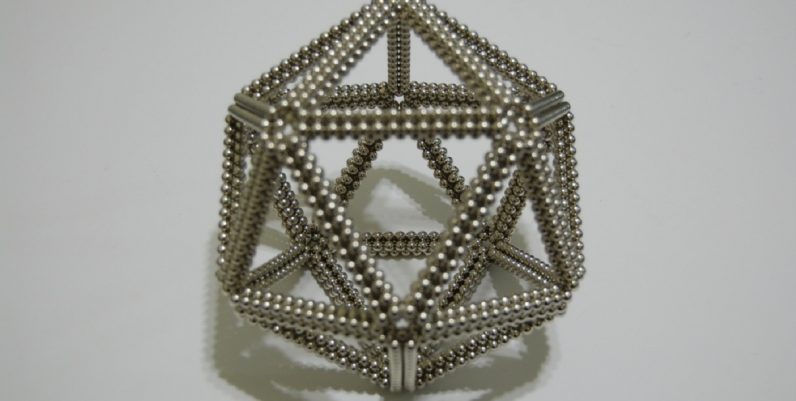 While the world’s focused on the latest Avenger’s flick, an international team of scientists have potentially unlocked the super powers of another familiar Marvel character: Magneto.

Researchers from the Argonne National Laboratory, Oakland University in Michigan, and Fudan University in China have discovered a quantum-level exploit that has the potential to give engineers greater control over the magnetic properties of certain metals. The experimental observations were discovered through testing with the same kind of metals used for storing data in hard drive disks.

In essence, the scientists observed a quantum effect revealing the potential to control certain qualities of the metal’s magnetism by spinning electrons one direction or another. What this amounts to is the potential for faster information storage and retrieval, and greater amounts of data stored in smaller spaces.

In technical terms, we discovered a sizable effect from magnetic damping in nanoscale layers of cobalt-iron alloy coated on one side of a magnesium oxide substrate.

Magnetic damping is responsible for the various qualities of a magnetic field engineers use to turn metal alloys into storage devices, drive magnetic motors, and operate certain kinds of braking devices. Through the use of the newly discovered spin technique – which would replace or augment traditional alloy baking methods – the scientists believe they can achieve a significant leap in our ability to control magnetic fields — as they relate to these specific metal alloys.

Our results provide new insights to the damping mechanism in metallic ferromagnets, which are important for optimizing dynamic properties of future magnetic devices.

Spin is like mass or charge, it’s a property that all electrons have. Controlling this component of quantum physics carries untold promise for engineers, chemists, and physicists. Outside of its use as a means for controlling magnetism, it also shows promise as a method for splitting water atoms in order to provide hydrogen for energy-efficient fuel while suppressing the unwanted byproduct of hydrogen peroxide. And there’s probably other wacky hypothetical ways for physicists of the future to exploit electron spin to do science-fiction-esque things such as tunneling or building warp drives.

For now, it’s pretty amazing that a team of researchers managed to find a way to put a brand new spin on the decades-old technology behind modern hard disk drives. Hopefully this research pans out and we end up with cheaper, more efficient hard disks that run on quantum magic.

Read next: Google's nifty 'Endgame' Easter egg wipes out half your search results with a snap of Thanos' fingers