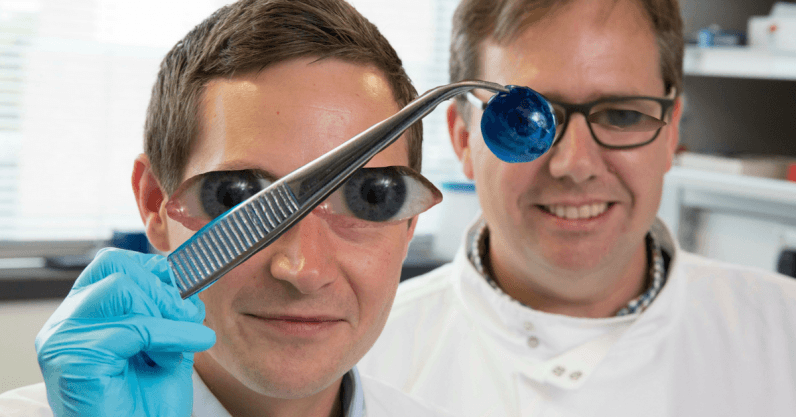 Researchers at the University Of Newcastle have announced they’ve managed to 3D print corneas – the outermost part of the human eye.

This is incredible, life-changing news for a lot of folks. Worldwide, 10 million people require surgery to prevent corneal blindness from diseases like trachoma. On top of this, almost 5 million are completely blind due to corneal scarring from accidents or illnesses.

This high-tech method of producing corneas could end all that.

It works by taking stem cells from a health donor’s cornea and mixing it together with a gel, creating what researchers have deemed “bio-ink.”

“Our unique gel – a combination of alginate and collagen – keeps the stem cells alive whilst producing a material which is stiff enough to hold its shape, but soft enough to be squeezed out the nozzle of a 3D printer,” Che Connon, Professor of Tissue Engineering at The University of Newcastle, said.

The 3D bio-printer was described as “low-cost” and only took 10 minutes to print a cornea.

To customize a cornea for a specific person, the scientists are able to scan a patient’s eye, before creating one that matched the individual’s size and shape.

There’s a drawback though: the tech isn’t ready for mass-use just yet.

Professor Connon says: “Our 3D printed corneas will now have to undergo further testing and it will be several years before we could be in the position where we are using them for transplants.”

Still, it’s good to see a 3D-printing project with lots of potential. About five years ago, the technology was regarded as the next big thing, but it hasn’t quite lived up to expectations since. This project shows there’s still a lot of hope for 3D-printing and is a better case study of its potential than, you know, recreating your own face.

To conclude, I have to circle back to the opening line of the release, specifically about how “the technique could be used in the future to ensure an unlimited supply of corneas.”

Imagine that, unlimited corneas. Everywhere. Two, nay four, seven, ten in each eye. Corneas on toast, corneas covering your car. Printing your own corneas and then throwing them away only to print some more just because you can. Fields stretching into the distance, bathed in a golden light that bounces off nothing but corneas. A cornucopia of corneas. Corneas for everyone. Corneas forever.