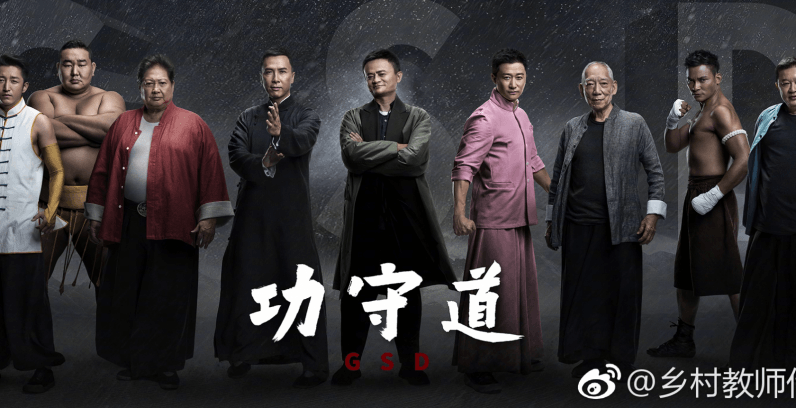 Jack Ma sure is one absolutely incredible specimen of a human being. The legendary Chinese entrepreneur, better known for his work as the founder and executive chairman of the Alibaba Group, is prepping to take on a new unexpected role: starring in action movies.

The Alibaba boss is set throw down some mad kung fu chops in an all-new martial arts movie, produced by none other than action extraordinaire Jet Li, China’s CGTN reports. The entrepreneur has already confirmed the news on his official Weibo (known as the Chinese Twitter) along with a picture of the film’s poster.

Titled Gong Shou Dao – or the art of guard and defense – the twenty-minute short will feature appearances from Li himself as well as other notable local action stars, including Donnie Yen and Jing Wu.

Details of Ma’s involvement in the movie remain vague as of now. While reports claim the entrepreneur will act in the movie, IMDB lists him as the director. In any case, we can’t wait to sneak a peek.

This is hardly the first time Ma has taken the internet by storm with his unusual talents. Masked behind a golden veil, earlier this year the Chinese e-commerce mogul took the stage at the annual Alibaba convention to bust some moves Michael Jackson-style.

While you might be dumbfounded at the businessman’s physical dexterity, Ma has been practicing tai chi since at least 1988. In fact, the entrepreneur has reportedly been spreading his tai chi knowledge with other entrepreneurs in private three-day course that purportedly costs well over $14,500 (about 100,000 yuan).

Those itching to witness Ma unleash his hidden kung fu warrior can catch the premiere of Gong Shou Dao on November 11 – which (perhaps deliberately) coincides with Single’s Day, China’s own Black Friday.