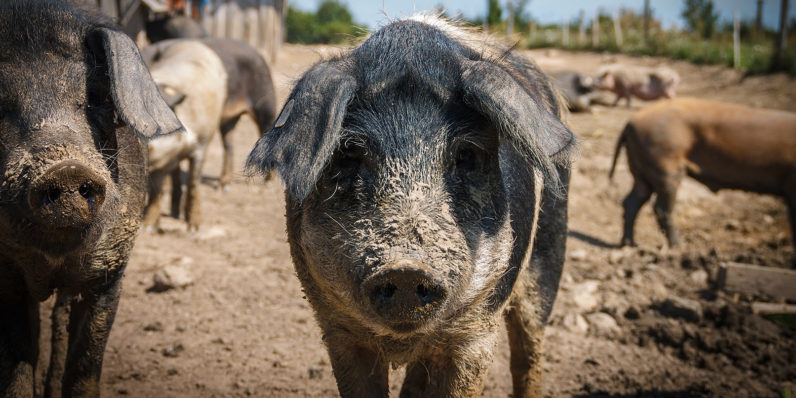 A diabetic lies on a surgeon’s table surrounded by a team of doctors, scientists, and academic researchers. As she counts backwards from 10, the lights slowly dim and the world goes black. When she awakes, she’s pleased to learn the surgery was a success. The pancreas, which for all her life had led to annoying finger pricks, insulin shots, and foregoing chocolate cake, was now in a jar beside her. In its place, the organ of a pig.

But not just any pig, a cloned pig grown solely to one day harvest its organs.

Chinese scientists believe we’ll see scenarios exactly like this play out in the near future. Already home to the world’s largest pig-cloning farms, China believes it could one day provide hearts, livers, and other organs through use of animals specifically bred for transplantation.

Controversial, to be sure, but early studies have so far produced promising results. A National Institutes of Health experiment, for example, saw a baboon survive for nearly three years with a heart transplanted from a pig. Similar studies involving other organs — lungs, livers, and kidneys — are already underway in parts of Asia and Europe.

And in China, demand is strong for these healthy organs.

Given its high rates of cardiovascular disease, hepatitis, and lung cancer, the country could soon emerge as the world leader in xenotransplantation — grafting or transplanting organs between different species.

If it sounds futuristic, leading researchers believe we could be just two years away from the first human tests. Science, as you may have guessed, isn’t leading to the delay; regulation is. According to Zhao Zijian, director of the Metabolic Disease Research Center at Nanjing Medical University in Jiangsu, China:

We have patients dying from organ failure and their desperate relatives pleading for them to have the chance to live. But when we turn to the authorities in charge of approving the clinical trials, all we get is silence. We understand it must be very hard for the government to make a decision, but it’s time we got an answer.

According to Chinese health officials, fewer than 10,000 of China’s nearly 1.4 billion residents donated organs between 2010 and 2016. Fearing a massive worldwide shortage after Beijing put a stop on harvesting organs from executed prisoners in 2015, xenotransplantation, researchers feel, could provide the answer.

Read next: Resident Evil: Revelations on PS4 is a mediocre port of a 3DS classic