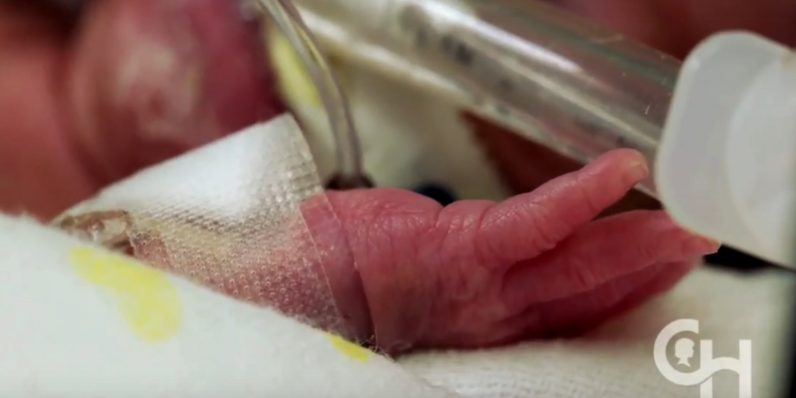 Researchers in Philadelphia have successfully gestated premature lambs in sealed plastic bags outside the womb, giving hope for critically premature human babies (and their parents) at some point in the future.

According to the paper published in Nature Communications, the Biobag was the result of multiple tries at recreating a womb. The baby lambs — chosen due to physiological similarity to human infants — were placed into plastic sacks filled with lab-made amniotic fluid, with an oxygenator attached to act as a substitute umbilical cord.

Their bodies and organs grew at a normal weight, and they got adorable white downy coats while in the bag. According to the researchers, the lambs can survive up to four weeks in the bag.

Obviously this hasn’t been tested in premature human babies yet. Animal trials will show if the technique is even viable longterm. But, according to The Atlantic, it could be available for human testing in as little as three years.

Premature human babies can suffer irreparable lung damage if they breathe air before the 25th week, not to mention the trauma their bodies can sustain just by being outside the womb too early. According to Dr. Alan Flake, the director of the hospital’s Center for Fetal Research in the video above, 1-percent of American babies are born critically premature, a number which has increased significantly in the last few decades.

Although the team stresses they probably can’t sustain babies any younger than 23 weeks, Flake says this could “establish a new standard of care for this subset of extremely premature infants.” It could also reduce the estimated $43 billion hospitals spend on premature infant care annually.

Read next: The Apple Store is becoming a classroom, with coding, photography and music lessons