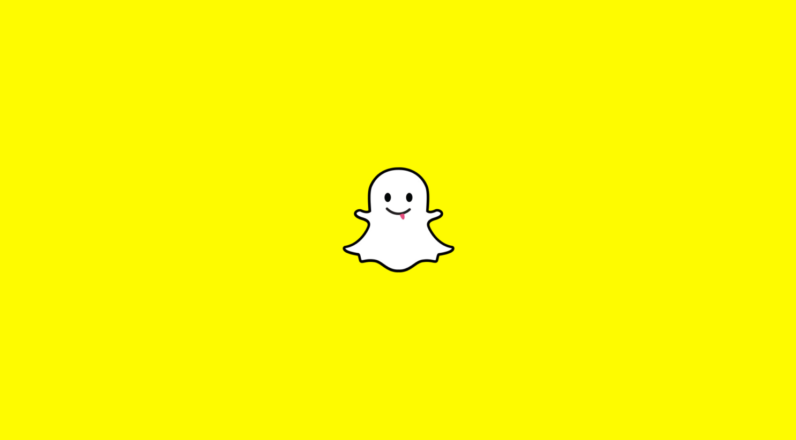 Snapchat, of all things, today joined the debate among social media platforms about the words of President Donald Trump — and it’s taken the side of Twitter, putting the Trump account on notice for his words.

Evan Spiegel, CEO of Snapchat parent company Snap, said in a memo to his employees over the weekend (which was published on the company blog on Wednesday) that “we simply cannot promote accounts in America that are linked to people who incite racial violence, whether they do so on or off our platform.” He added that the Discover page on Snapchat is a curated page where the company chooses what to promote, and “we will make it clear with our actions that there is no grey area when it comes to racism, violence, and injustice – and we will not promote it, nor those who support it, on our platform.”

Spiegel doesn’t directly name Trump, but he does refer to “the leadership of our great country.” A report from Bloomberg last month showed that Trump‘s campaign had ramped up their use of Snapchat, presumably in an attempt to appeal to younger voters. His Snapchat follow count tripled in the last 8 months to over 1.5 million.

President Trump‘s verified account will no longer appear in the Snapchat Discover section, though Snap has not booted him from the app entirely. He will keep his account, but anyone who wants to see what he’s posting will have to search for him directly and subscribe to be able to see his content.

Social media heads of state are being drawn into a fight with Trump as he makes increasingly divisive tweets about the protests and riots in the wake of the death of George Floyd. Twitter originally placed fact-checks in Trump‘s tweets and escalated to hiding a tweet about the situation in Minneapolis for “glorifying violence.” This is the tweet in question:

….These THUGS are dishonoring the memory of George Floyd, and I won’t let that happen. Just spoke to Governor Tim Walz and told him that the Military is with him all the way. Any difficulty and we will assume control but, when the looting starts, the shooting starts. Thank you!

Facebook CEO Mark Zuckerberg, on the other hand, has refused to remove Trump‘s words from the platform or provides fact-checks as Twitter has. He’s retained this position in spite of backlash both from civil rights leaders and quite a few of his own employees.

Now Snapchat has joined the debate, and it’s come down on Twitter’s side. Spiegel’s statement is a bit of a rambler about his understanding of racial inequality, the Founding Fathers, and investing in the future of the country. But here are the relevant parts:

Every minute we are silent in the face of evil and wrongdoing we are acting in support of evildoers… There are plenty of debates to be had about the future of our country and the world. But there is simply no room for debate in our country about the value of human life and the importance of a constant struggle for freedom, equality, and justice… When any one of us enables injustice through our silence we have all failed to create a nation that strives for its highest ideals.”

President Trump’s camp took Snap’s decision with characteristic grace, with campaign manager Brad Parscale saying in a statement: “Snapchat is trying to rig the 2020 election.” Frankly, that shows more faith in Snapchat‘s reach and influence than I think Spiegel himself has at this point. Parscale went on to call Snapchat “radical,” accused it of trying destroy America, and called the lack of promotion of Trump‘s account “voter suppression.”

No offense to Snapchat, but I doubt its decision is going to have enough spread to impact the coming elections. But it will no doubt add fuel to the fire of Trump‘s newly acrimonious relationship with social media companies. I look forward to a tweet about it from him sometime in the next few hours, because you know it’s coming.

Read next: How to make STEM a safe place for trans and non-binary people