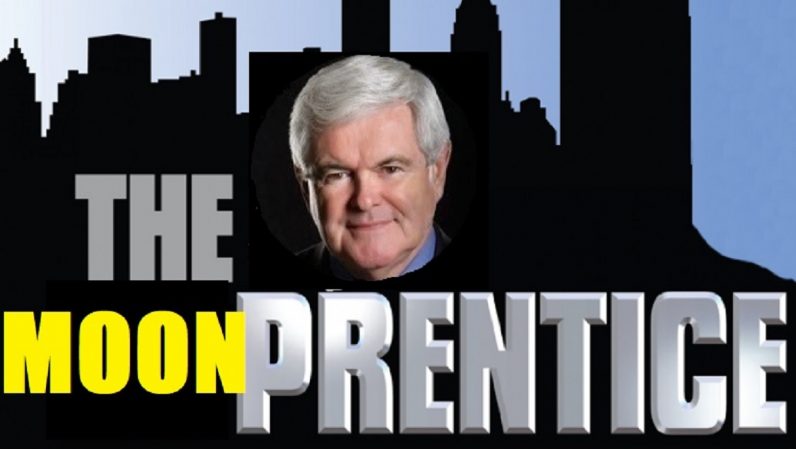 A coalition including Michael Jackson’s former publicist, former House Speaker Newt Gingrich, and an Air Force general want US president Donald Trump to turn the race to colonize the moon into a reality show-esque contest between billionaires.

The proposal, obtained by Politico, would offer up a paltry $1B to any involved party able to land a “roomy, comfortable human base on the Moon,” and another $1B to the company that can maintain that base. Two billion dollars may seem like a nice chunk of change to most of us, but the same report says NASA‘s currently spending that much per year on the same task.

Sending humans to the Moon again is a lynch-pin of President Trump‘s agenda, one he’s directed NASA to achieve by 2024. Unfortunately, due to delays from government contractors Boeing and Lockheed Martin and worries over Congressional funding, it’s become increasingly unlikely the government will make that deadline.

Enter Gingrich and his coalition of NASA critics and Republicans who want Trump to put NASA on the bench and bring in the private sector. Setting up shop on the Moon will prove expensive, but Gingrich and company believe this can be mitigated for the US government by tapping companies that are already working towards a lunar landing. Per the Politico report, the proposal states:

In the past, putting permanent housing on the moon has been estimated to cost between $50 billion and $500 billion. But several private companies have developed moon programs on their own dime. So we are now in a position to buy transportation and housing from private American companies. At an unbelievable drop in cost.

Amazon CEO Jeff Bezos, Space X CEO Elon Musk, and billionaire hotel mogul Bob Bigelow are all being considered for the gig – and, ironically, so is a joint-venture between Boeing and Lockheed Martin.

Rather than have the individuals and companies tapped to participate go through the normal DC lobbying process that government contractors are legally required to, this “contest” would hypothetically allow some of the richest men/companies in the US to skip that process and participate in a competition that uses Google’s failed X-Prize as a blueprint. Per the Politico report this would be a “simpler, more cost-effective way to achieve Trump‘s goals while capturing the imagination of the public.”

Elon Musk, for his part, seems to believe that such a contest is the right way for the US to go:

Something like this is the best way to do it. Incent outcome, not path.

But it bears mention that this Tweet is probably unrelated to the specific proposal made by Gingrich’s crew.

One of the co-authors on the project is Howard Bloom, self-proclaimed “counter-culture” figure and former publicist for music stars such as Michael Jackson, Prince, and Kiss. He apparently believes that companies vying for the current contracts to put humans back on the Moon are engaged in a “delay-forever-to-maintain-cash flow” scheme to milk the government out of money.

It doesn’t appear as though Trump‘s publicly commented on the proposal, but Gingrich was among the President’s earliest and staunchest supporters and the ‘reality show’ inspired contest seems like a surefire hit with the ratings-obsessed leader.