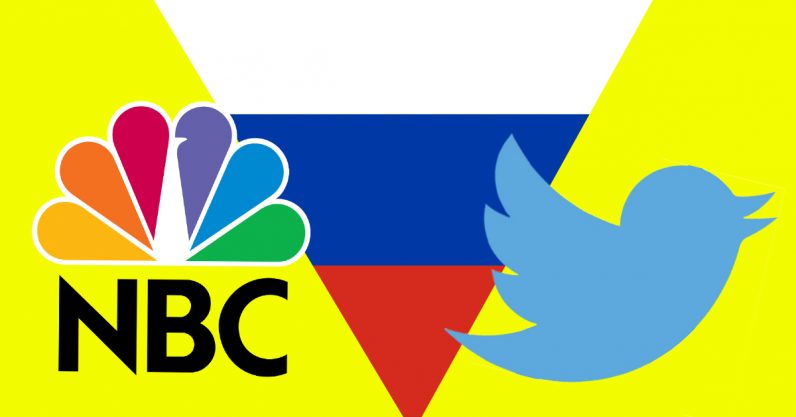 NBC News today made available a database of more than 200,000 tweets from the (allegedly) state-sponsored Russian troll farm known as the Internet Research Association (IRA).

The accounts responsible for the tweets come from the list Twitter submitted to congress last year as part of the ongoing US investigation into Russian election interference. They’ve been identified as belonging to the Russian IRA and the tweets sent from those accounts are paid propaganda created with the intent of influencing American elections — all of the tweets in the database come from 2016.

Twitter, for its part, deleted the tweets and suspended the accounts, essentially sweeping them under the rug once it’d met its obligation to the government.

Thanks to the efforts of NBC News, in conjuction with a few people who were “familiar with Twitter’s data systems” many of those tweets have been recovered.

To view them, you can download the tweet.csv file and the user.csv file, both of which are provided by NBC.com.

A sample from the database, available here as a Google spreadsheet, shows more than 11k tweets from just 10 of the troll accounts. Some of these accounts in the document, such as @TEN_GOP had over a hundred thousand followers and were retweeted numerous times by Republicans such as President Donald Trump, Donald Trump Jr., and Ann Coulter.

@TEN_GOP on 8/25/2016: “Muslims can only destroy, kill and rape! They will never welcome or help a single Christian!”

And Republicans weren’t alone, according to NBC. Sara Silverman and Trevor Noah both retweeted Russian propaganda account tweets. The media also joined politicians and celebrities in being duped, with Alex Jones and Jake Tapper engaging the trolls on Twitter and writers from both the Washington Post and Buzzfeed unwittingly embedding their tweets in articles.

It’s become nigh impossible to discuss politically divisive issues on social media in the US without the conversation turning to a discussion on the validity of any source of information participants on either side of the debate might introduce. This is likely due, in no small part, to the efforts of the IRA.

Thankfully, truth-tellers in the media, such as NBC News’ tech writer Ben Popken, make it easier to point to the actual source of the propaganda.

With US mid-term elections coming up, it’s important to know what Russian propaganda looks like because if the US government sits idly by, it’s not going anywhere.