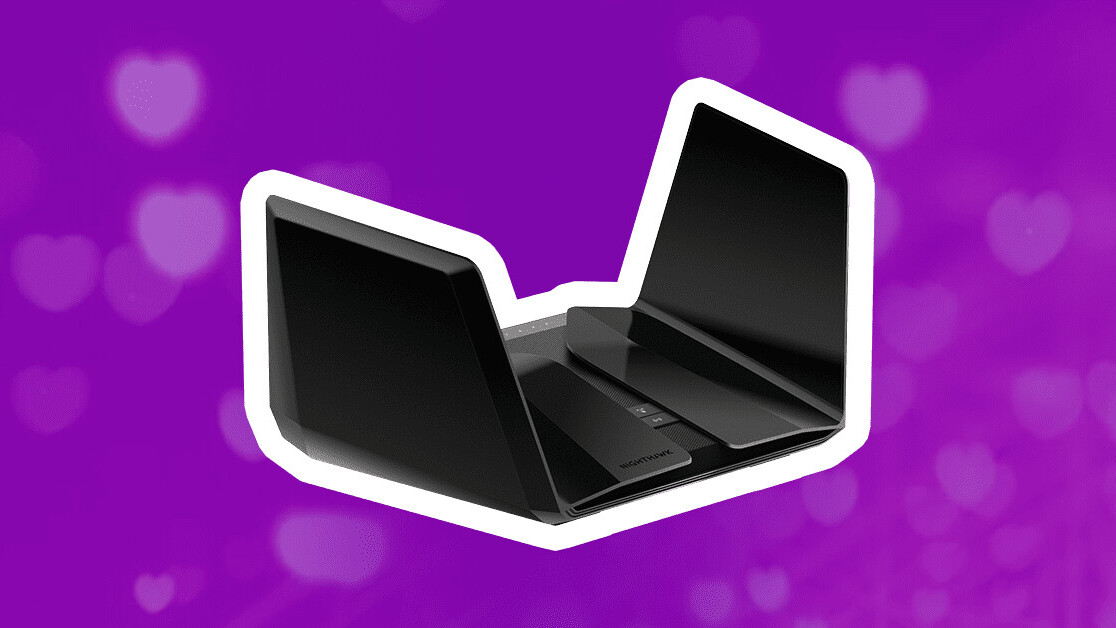 When lockdown happened and the world burst into chaos, there was at least one thing I could rely on: my home network. Sad? You betcha. But with the Wi-Fi speeds I get with my Netgear router, I’m the one pointing and laughing and mocking. Not sure at who, really, but someone.

Yes, I am a man in love with a router: the Nighthawk RAX120.

Let me spin you a tale. Back in the day, home networks were my shit. I scrimped and saved to get new routers, forced housemates to go halves on networking equipment they neither wanted nor needed, and spent a long time ensuring everything was seamless. Your boy had a remotely accessible media library back when internet speeds made that useless.

There are two elements I’d like to present in my defence. The first was I had no damn money. The second was the quality of networking equipment handed out by ISPs improved markedly.

When I first started paying my own internet bill, the Wi-Fi routers they sent you were dire, grim affairs that felt as though they could barely cover the corner of the room they were in. As the general standard of the industry rose though, so did the included internet boxes. And, for many people — myself included — this was fine for a long while.

Times, as some random chump once pointed out, are a-changing. For me, it was when I moved into my new, and current, house. Thus began my sordid affair with my Netgear router, the Nighthawk RAX120.

One of the pleasant things about moving into a new space is you can really mould it into a space that suits you. In my case, that meant jam packing the place with technology.

A quick check of my Netgear router confirms there are currently 28 different devices connected to it. And I know for a fact there are a whole bunch of things turned off.

This is partially the reason I decided to upgrade to something like the Nighthawk RAX120, but it goes slightly deeper than simply “stuff with Wi-Fi.”

Let’s quickly recap what a router like this does and doesn’t do. First off, it isn’t going to increase your internet speed (although weirdly, it did bump mine up on average, but that’s a whole other thing I don’t want to get into).

What it will do is improve your local network, Wi-Fi speed, and coverage zones.

For upgrading to be worth it, you really need a reason why your local network needs improving. For me, it was media.

I do a large chunk of my music listening using the magnificent Bluesound system, a selection of hi-res wireless streamers. On top of this, I also do a chunk of my viewing using my beloved Western Digital NAS drive, something I’ve set up as a media server and stream video content from.

Without even mentioning the array of other components in my house, these two media services were putting enough strain on my network that I knew I needed to upgrade if I was going to enjoy them to their full potential.

Let’s talk about my Netgear router, the RAX120

I’ll say this: it has rekindled my love of networking equipment. God, it’s glorious.

First off, in the eight or so years since I’d bothered changing from a default router, things have gotten easier. Of course, the complexity of this process would depend on what ISP you’re using and its settings, but in my instance getting the Netgear router up and running was easy.

But where I’ve seen the real difference is just how slickly and seamlessly everything runs.

Coverage across the whole flat has greatly improved, it’s exceedingly rare music skips, and everything streams internally without a hitch. This smooth networking experience has also been a blessing through lockdown, both for work and for the hours we’ve spent on our phones and laptops, watching TV.

Combine this with the seemingly never-ending array of equipment I’m hooking up to the Nighthawk RAX120 — including a Dyson fan, an Xbox Series X, a 4K Blu-ray player, the list goes on — and the fact it’s still whirring along is a testament to its prowess and beauty.

Everything I throw at it, it handles with aplomb.

In fact, probably the highest compliment I can pay to the Netgear router is, often, I forget it’s even there. It simply trucks along in the background, supporting my day-to-day activities. It’s beautiful. Powerful. And, until this very moment, unsung.

What does all this mean though?

If there are two things you should take away from this love letter to my Netgear router, they are:

It’s clear I’m a huge fan of the Netgear router, but it’s not for everyone. First off, it’s not cheap (it costs around $500). Secondly, it looks like a stealth bomber. Ironically enough, this means it doesn’t exactly blend into the background:

Basically, if you don’t have a long roll call of devices, or much stress on your network, spending $500 on a Wi-Fi router probably isn’t wise. But if both those other points are true? Fire away, friend.

Another option is also to look at another, less expensive router if you’re feeling like you’re in need of an upgrade. There’s a whole world out there worth exploring.

It’s also important to acknowledge that your home network might be running just fine as it is. You don’t have to upgrade your router if everything’s running to your contentment. I started this article saying that the ISP-bundled routers have improved markedly over the years. Yours may be fine.

But if you’ve noticed your home network chugging along a bit recently — or not doing exactly what you want it to — you won’t regret the upgrade.

Well, that’s me done. So, if you would excuse me, I need to turn on the moodlighting, pour myself a glass of wine, and do a sexy dance for my beloved Ntegear router, the Nighthawk RAX120. See you in hell, suckers.