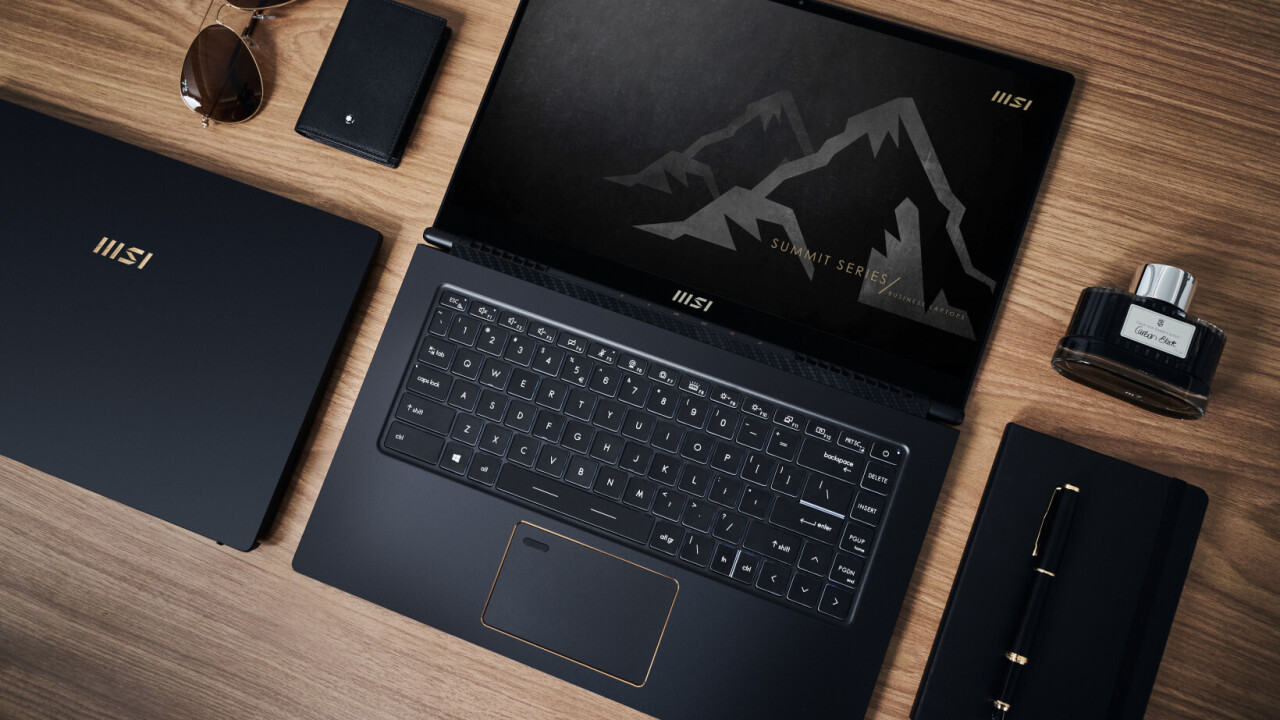 MSI is better known among gamers than the mainstream, but the company has recently been working to change its image a bit. Case in point: the company today announced a new ‘Summit’ series of business-oriented laptops that wouldn’t look out of place in an office setting (even if many office jobs are occurring remotely these days).

To start, the Summit laptops will be available in two standard classes: the Summit E and Summit B, both available in 14 and 15-inch screen sizes. There’s also a Summit E13, which is the line-up’s screen-flipping 2-in-1.

The laptops come in a rather-classy looking matte black with gold trims, giving them more of a premium vibe than we’re used to seeing from MSI. The company even changed up its logo — echoing Intel — to a decidedly classier design that’s a far cry from the MSI dragon used on its gaming devices.

Each of the laptops is powered by Intel’s new 11th Gen processors, although they differ somewhat in capabilities.

The Summit E laptops, on the other hand, are configurable with Nvidia’s GTX 1650Ti Max-Q graphics and have the option to upgrade to 4K IPS panels with 100 percent Adobe RGB coverage.

In terms of ports, the laptops all feature the new Thunderbolt 4 standard, although the B-series only gets one to the E-series’ two. They also all feature MicroSD slots and USB-A ports, although they vary on speeds.

Business-oriented models aside, MSI’s more mainstream Modern and Prestige series are also being updated with the company’s new logo and pretty new colors, including a nifty blue and rose gold. Notable, the Prestige 14 Evo is one of the first Intel Evo certified laptops — a new standard which is meant to ensure the laptop is able to achieve strong battery life, quick wake up times, and responsive performance when not plugged in.

Lastly, MSI didn’t totally forget about gamers, adding to its lineup the new Stealth 15M, which it claims is the “world’s thinnest 15-inch gaming laptop in its class.” We’re not totally sure what that class is, but it does pack up to an RTX 2060 in a chassis only 0.63-inches thick and 3.92 lbs heavy.