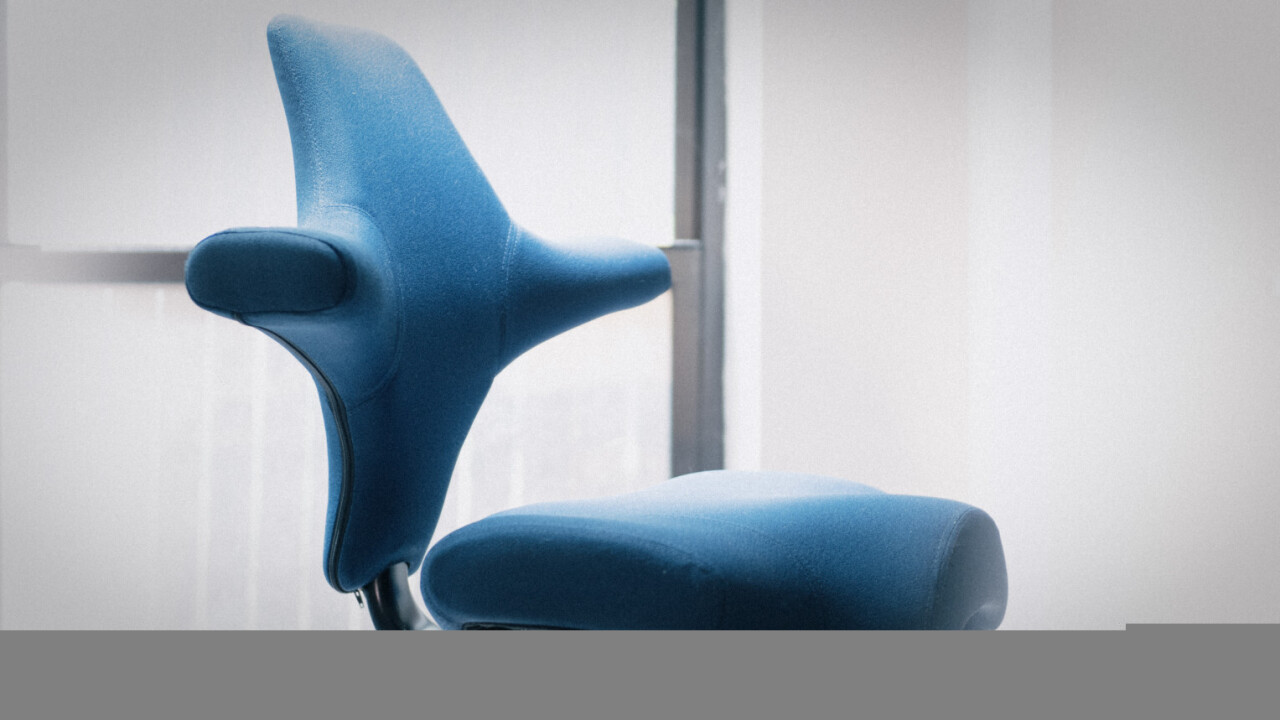 Whenever I’ve thought about buying a fancy office chair, I’ve envisioned something I could plop myself into like a kind of plush productivity throne. When I reviewed the $1,000 Steelcase Gesture, for instance, I could remain seated for hours and feel as if no time had gone by.

The Capisco from HÅG, a design firm within the Flokk furniture group, is nothing like that. This quirky-looking chair retails starting at about $549, depending on the variant you choose, but it doesn’t offer cloud-like cushioning, meticulous armrest positioning, a shape-shifting backrest, or infinite adjustability. Yet it still manages to be extremely comfortable because rather than doing its best to support a stationary body, it makes sure you aren’t too stationary in the first place — and encourages you to sit in ways that never even crossed your mind as comfortable.

As fancy as chairs get these days, most follow the same basic design formula: legs, a flat seat, and a wide backrest. The Capisco instead uses a carefully contoured, saddle-shaped seat and a narrow backrest. This combination allows for tremendous seating flexibility — you’re meant to change the way you sit throughout the day. You can sit on the Capisco backwards, sideways, half-standing, in a vertical fetal position, or what have you. It’s the perfect chair for fidgety people who can’t stay in one position for too long — nearly a cure for my restless leg syndrome.

It may be hard to visualize the different seating positions from just a description, so this short demonstration from workplace furniture retailer Fully gives a good overview:

There’s also this ridiculous ad for the Capisco Puls (a cheaper variant) gives you a good overview:

I’d never thought I’d describe a desk chair as ‘fun,’ but the Capisco somehow earns the title. The ability to sit backwards is really the clincher for me.

When you do so — like some edgy kid in a 90s show — the backrest supports your chest and arms rather than your spine. This was kind of revelatory The Steelcase Gesture, for instance, was the most comfortable chair I’ve used… but only when I was using the chair while sitting straight up.

Problem is, I spend a lot of my day leaning over my desk. Not out of inherently bad computer posture — I actually tend to sit inordinately straight — but because during long stretches it’s often more comfortable to write notes, read books, or edit images with the stylus on my Surface Book while leaning forward on my desk.

Leaning forward for extended periods of time is usually a big ergonomic no-no, but with Capisco supporting the weight of my torso and arms, this suddenly becomes an incredibly comfortable way to work; I spent nearly as much time using the chair this way as I did sitting normally.

But even sitting ‘normally’ isn’t totally normal on the Capisco. The saddle-shaped chair means there are really two ways to sit forward. You can sit all the way back for the added back support — the closest the Capisco gets to a standard chair — or sit on the front, curved portion of the seat to for a more active position.

When making full use of the backrest, the Capisco’s relatively open design encourages you to twist around and stretch while seated; you’re not cradled in one position like a normal chair. While there are no standard arm-rests, the plus-shaped design allows you to rest your elbows when leaning back, a position that makes for some great stretches.

When sitting on the front portion of the chair and utilizing the unusually wide range of height adjustability, you can use the Capisco in a sort of half-squatted position that echoes an equestrian on a saddle (the inspiration for the Capisco). This engages your core more and is a nice change of pace from the static seating positions, even if you probably won’t want to remain in this position your full workday.

All this talk about how the Capisco encourages you to move isn’t to say the Capisco doesn’t offer some adjustability. You can adjust your seat depth, lock and unlock reclining, adjust the resistance of the recline feature, and lower or heighten the backrest.

The chair is also quite customizable, including the ability to choose from different lift heights, a variety of finishes, and a couple of footrest options. There’s also a headrest option, you can replace the saddle seat for a regular one if you’d prefer something more standard, or you can only use the saddle portion and omit the backrest.

I’d also be remiss if I didn’t mention that I think the chair is quite beautiful in its default configuration. It’s unusual without being obnoxious, and its relatively compact form factor is especially appreciated in a small New York City apartment; it manages to be more eye-grabbing than a typical fancy chair while occupying a smaller visual footprint.

Granted, $800 for the model reviewed is a lot of money for someone to spend on a chair, but the Capisco does come with a 10-year warranty on the core components inspiring some confidence that it’ll be a lasting purchase — not to mention the design has been around since 1984.

For those who don’t feel like plopping $800 on a chair and perhaps don’t need to be seated for very long stretches, there’s also the $549 Capisco Puls. This option is functionally identical to the Capisco, but features a plastic backrest and a slightly tweaked design with a narrower saddle, which some smaller sitters may find more comfortable.

In any case, I assume you wouldn’t have gotten this far into the review if you didn’t think spending big money on the right chair might be worth it. By now, then, it should be clear: if you’re the type of person who is looking for a cozy seat that is the productivity-oriented equivalent of a La-Z-Boy, there are better options out there. But if you’re the type of person who likes to spin around in their chair ad infinitum, who constantly adjusts a sit-stand desk, or who just likes to move around while working in general, it’s hard to think of a better investment than the Capisco.

The Capisco clearly isn’t for everyone, but, well, no seat is. It’s a great seat for the right people, which certainly includes me.