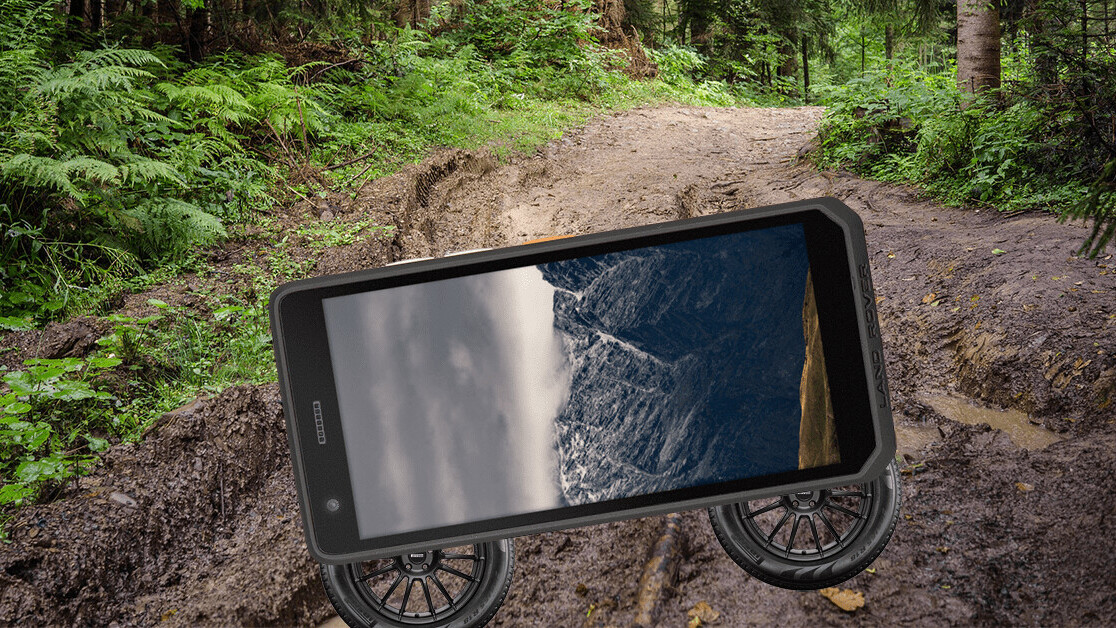 Land Rover is one of the most world’s most iconic car brands and it’s decided to capitalize on this by… releasing a phone? Someone, somewhere, please strike me down.

Yep, the company recently announced the Land Rover Explore R, a device that only makes sense if your business plan is to sell it to people who know nothing about smartphones. Which, to be honest, is probably written on a chalkboard somewhere in Jaguar Land Rover HQ.

So, history. I actually discovered that the Land Rover Explore R is the second phone its released, with the original Explore traumatising the world in 2018.

Anyway, let’s talk about the new model, the Explore R.

Which is interesting, because I had no idea Land Rover‘s new vehicle was an iPhone 4 rip-off:

Okay, so it’s not identical to Apple’s old-ass device, but it is pretty close:

The point I’m making here is the Land Rover Explore R doesn’t look modern like a modern phone. But maybe that’s okay, because the phone’s major selling point is its durability and outdoor-readiness.

Let’s use some bullet points to get the information across quickly. According to the company, the Land Rover Explore R:

This all sounds good, but that feeling fades away when you look at the device’s other stats:

And — aaaaaaand — it costs £399 or €449 (which comes to around $537). That’s not an unreasonable amount of money, but when you compare it to something like the OnePlus Nord (which for $400 has better specs in almost every department), the Land Rover Explorer R phone is clearly out of its depth.

But the plot thickens. Why would you buy this device over more renowned makers of rugged phones, like Doogee or Blackview? I mean, fuck, if you were a real outdoors person, wouldn’t you just use dedicated machinery? Like proper GPS trackers? And maps? Rather than a phone from a car maker?

The only target market is the one I think most advertisers go after: wealthy and easily influenced.

Land Rover is especially popular amongst well-off suburban and city dwellers, many of whom are sold on its “rugged” and “real” branding. It’s not a wild leap of the imagination to think the company could make some cash pushing these underpowered devices onto people with too much money, not enough sense, and a desire to be tough.

Maybe I’m too pessimistic. Maybe it’s going to be a great phone. Maybe people will love it. And maybe the big brains at Land Rover know exactly what they’re doing releasing a goddamn phone.

Or maybe none of that will happen and it’s just a glorious, glorious mess. Yeah, that.