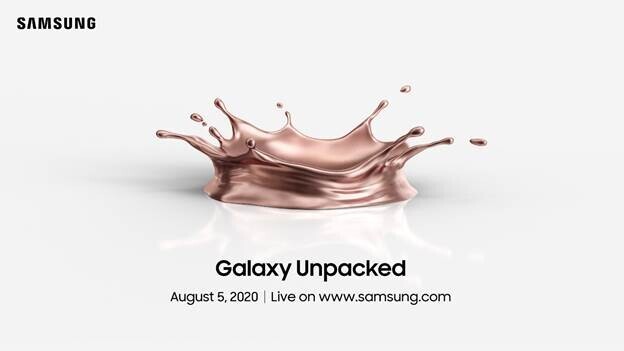 Samsung today sent out ‘invites’ for its next Galaxy Unpacked event, when the company is expected to launch the Galaxy Note 20. Indeed, the company teases such in a short video posted with the announcement:

As previously rumored, the event will take place on August 5, with the livestream beginning at 10 am ET. Samsung itself doesn’t explicitly say much about what to expect, other than confirming it will “explore our latest Galaxy Devices ecosystem.”

That said, the Note 20 is a given; the company appeared to have accidentally leaked the Note 20 Ultra(or Plus) last week, showing off a phone with a similar rose gold finish to that shown in the video above.

You can tune in to the livestream on Samsung.com come the day of the event.