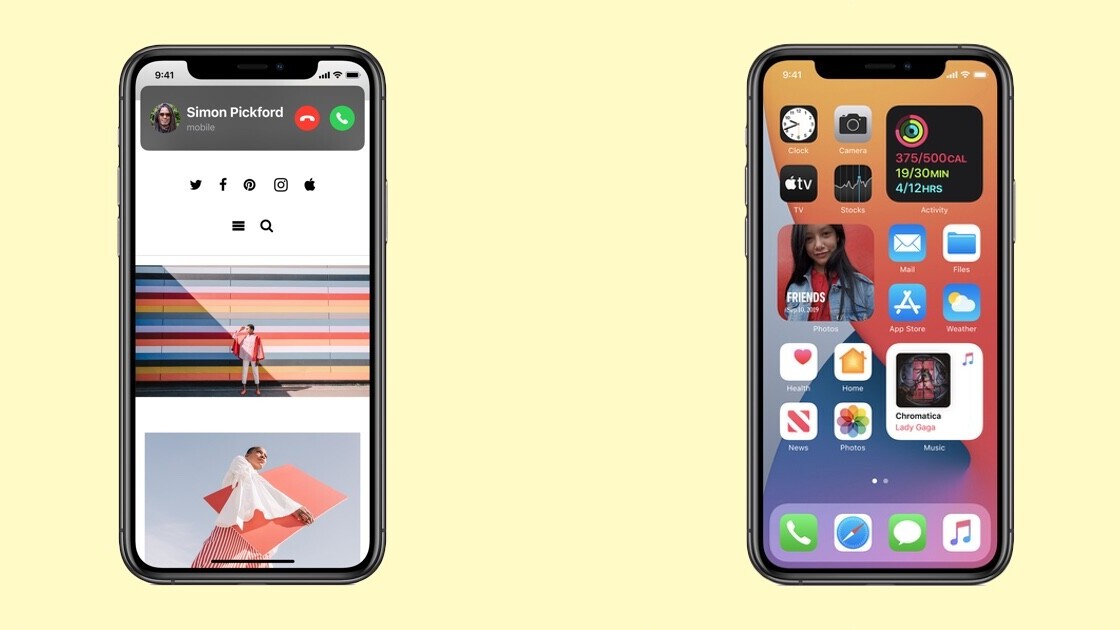 There are not many adventurous things you can do in the middle of the coronavirus pandemic. So, I turned to install iOS 14 developer beta hours after Apple announced it at its World Wide Developer Conference (WWDC) on Monday.

I’ve previously installed developer betas on Android and managed my way around bugs. However, given how shoddy iOS 13’s stable version rollout was, I was skeptical of the quality of this new developer beta. But after 24 hours of usage, I realized that this is a stable beta release, and I don’t have to worry about any major bugs.

The major theme of iOS 14 is the customization of the home screen. Now, you can move icons around more easily, put widgets in between them, and hide pages to make things easier. Right now there are only first-party widgets available on iPhone, but things will get more interesting when iOS 14 becomes available for everyone and third-party app makers will have their widgets in the library.

Also, you can stack these widgets on top of one another, so it’s easier to have many widgets in one placeholder.

Apple has also introduced App Library — something that loosely resembles Android’s app drawers. App Library automatically arranges your apps into folders, and there’s an alphabetical view when you go to search mode as well.

You can find this feature on the rightmost page on your home screen. That means you have to rearrange your icons in such a way that your most accessed apps fit in one or two pages, so you can hide the rest of them. When I want to search for an app, I just pull down the screen to go to the Spotlight search menu. This menu also has Siri Suggestions that has some of my recently used or most-used apps — and that’s good enough for me.

I think I’ll be using App Library to check on what apps I have and delete the ones I’m not using. Apart from that, I’m satisfied with using Spotlight search for now.

Then there’s picture-in-picture. So I can keep watching YouTube or Netflix video in a tiny floating video when I have to quickly reply to a message or an email.

That brings me to ‘smarter Siri,’ which now floats like a bubble at the bottom of the screen rather than taking up the whole screen. It’s a bummer that even after this redesign, you can’t really interact with stuff on the screen while Siri’s activated.

One significant benefit of this arrangement is that now calls also don’t take up the whole screen; instead, they appear as a floating banner on top of your screen, so you can quickly accept or reject it and go on with your life.

When I started using this iOS 14 beta, I noticed a lot of stuff that wasn’t announced on stage. And boy, there are some exciting little features hidden in nooks and corners of this update.

First up, there’s a tap gesture feature hidden in Touch settings within Accessibility. This allows you to turn double taps and triple taps on the back of your iPhone into actions such as taking a screenshot, going to the home screen, or scrolling down. You can also assign a Siri Shortcut to one of these gestures.

Second, there’s SMS filtering, which is very important to me because we get a lot of spam texts from companies in India. Now, I can filter them through known and unknown senders. Plus, I can also look at all transactional and promotional messages in different categories. Android has had this feature through a lot of third-party apps. It was high time that Apple launched this.

I found a ton of little gems in iOS 14 such as the ability to recognize sounds (like a cat, dog, and doorbell), caption pictures, and emoji search. You can read about it here.

There’s some neat privacy stuffed in this mobile operating system as well. Whenever an app uses your microphone or camera, you’ll see a small dot on top of the network bar icon: yellow is for audio and green is for video.

You can also go to the control center and see which app recently used your camera or microphone.

Apps will now have to explicitly ask for your permission to track you, and you can see privacy reports of each website on Safari. A more important update is that both Safari and iOS have inbuilt password protection, so if any of your passwords are compromised, Apple can tell you to change it. You can read about all privacy-related updates here.

Security recommendations for passwords. And alerts for when your password was part of a data breach pic.twitter.com/lNBEgduxab

There are tons of iOS 14 features such as improved iMessage, Maps, and Home. However, I haven’t used these features as they’re either not that relevant for India, or I don’t personally have any use cases to test them.

Overall, I’m happy that the home screen design will finally let users customize their iPhone screens to some extent. And more importantly, there’s no dearth of small but useful features coming your way with iOS 14. I can’t wait for the full rollout.