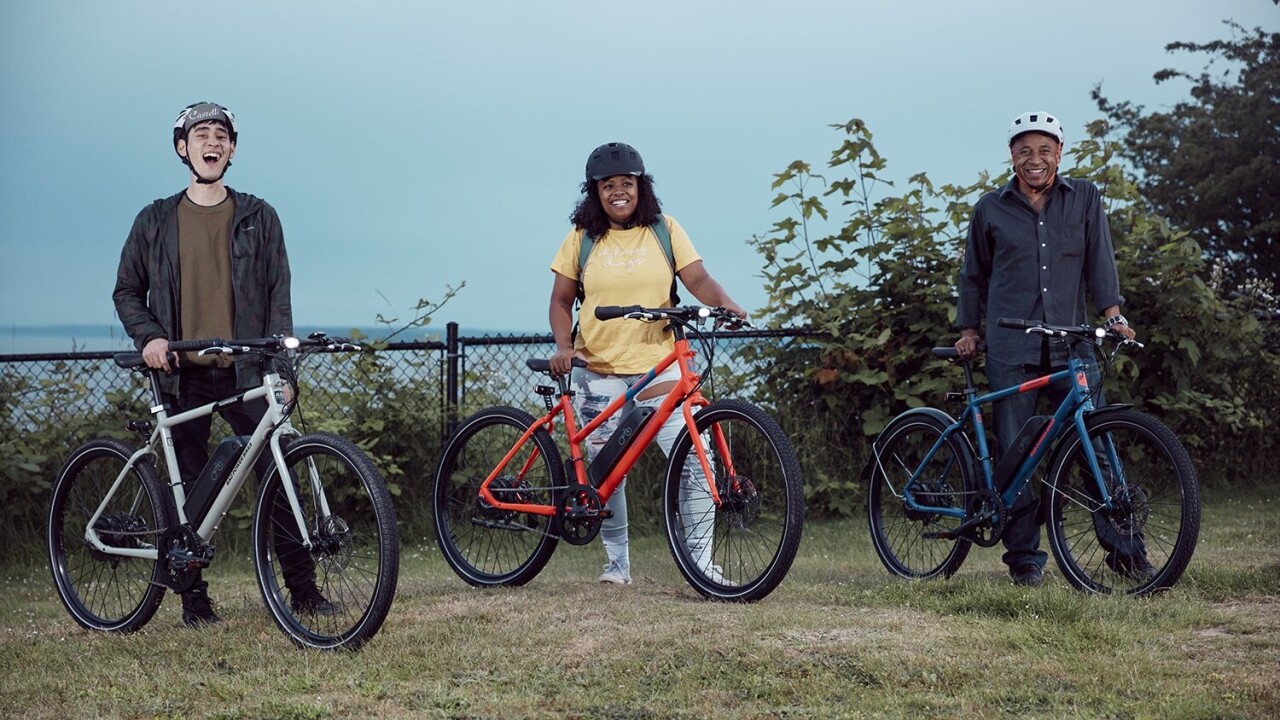 Rad Power Bikes is one of the biggest names in e-bikes in the US, creating some of the most popular bikes in the country at relatively affordable prices for electrified two-wheelers. After releasing its most affordable bike — at the time — in the form of the $1,299 RadRunner last year, the company one-upped itself this week with the $999 RadMission.

The $999 price point crosses an important psychological barrier, but the RadMission has more going for it than just the low price.

Like the RadRunner before it, the RadMission is a single-speed bike to maintain the low price tag and minimize maintenance. That aside, there are two key downgrades from the company’s other bikes. In order to bring the price down, the RadMission uses a 500W geared hub motor (as opposed to the company’s usual 750W) and a 504 Wh battery (instead of the usual 672).

I’ve not ridden the bike yet, but even on the surface this isn’t all a negative: the RadMission is by far the closest to a ‘normal’ city bike in the company’s lineup, at least in terms of weight and appearance.

Okay, 48 pounds is far from your typical hipster single-speed, but it’s a whole lot better than the 64-77 pounds of the company’s other bikes.

Outside of Rad Power Bikes’ lineup, there are certainly lighter e-bikes for similar prices; the $999 Propella V3.4 weighs in at just 35 pounds, for instance. But that model, for example, has half the rated wattage and significantly less torque, while offering a smaller battery. In my experience, most bikes under the $1,500 mark with similar motor and battery specs weigh over 50 pounds.

The reduced weight should lead to a more nimble riding experience, especially given the 27.5″ x 1.95″ tires are thinner than the others in the company’s lineup.  It’ll also mean an easier time carrying the bike upstairs, especially if you remove the 7-pound battery beforehand. Plus, I just dig the more streamlined look and vibrant colorways.

As with all of the company’s bikes, the RadMission comes with mounting points for a variety of accessories, including front and rear racks and baskets. It also includes mechanical disc brakes and lights powered by the main battery, but you’ll have to pay $59 for fenders and $15 for a kickstand (boo!). It comes in blue, orange, white, and black colorways, as well as both midstep and highstep frames (there’s a handy sizing chart here).

Despite the smaller battery, Rad Power Bikes is still claiming the RadMission will net you 20 to 45+ miles of range (about the same as the rest of the lineup). That’s likely thanks to the lighter weight and the fact the smaller motor means lower power consumption, especially when you’ve got the throttle or assist going on full blast. The bike is compatible with the company’s larger battery, by the way, should you want to upgrade or already have a Rad Power Bike at home.

While the RadMission is the company’s most affordable bicycle and makes some compromises to get there, I think it’s actually one of the most interesting ones in the company’s line-up.

Aside from the uber-versatile RadRunner (which is now discounted to $1,199 from the original $1,299), I can see the RadMission becoming a frequent recommendation for someone looking for their first e-bike. The RadRunner is fun and useful, but sometimes I enjoy riding something that just feels a little more like a normal bike.

And while equally affordable options exist from competitors, there’s an extra layer of confidence in Rad Power Bikes‘ popularity implying better chances of long-term support. If you don’t mind the single-speed drivetrain, the RadMission could be worth considering as a first e-bike.

The RadMission is available for pre-order now, with deliveries beginning in October.