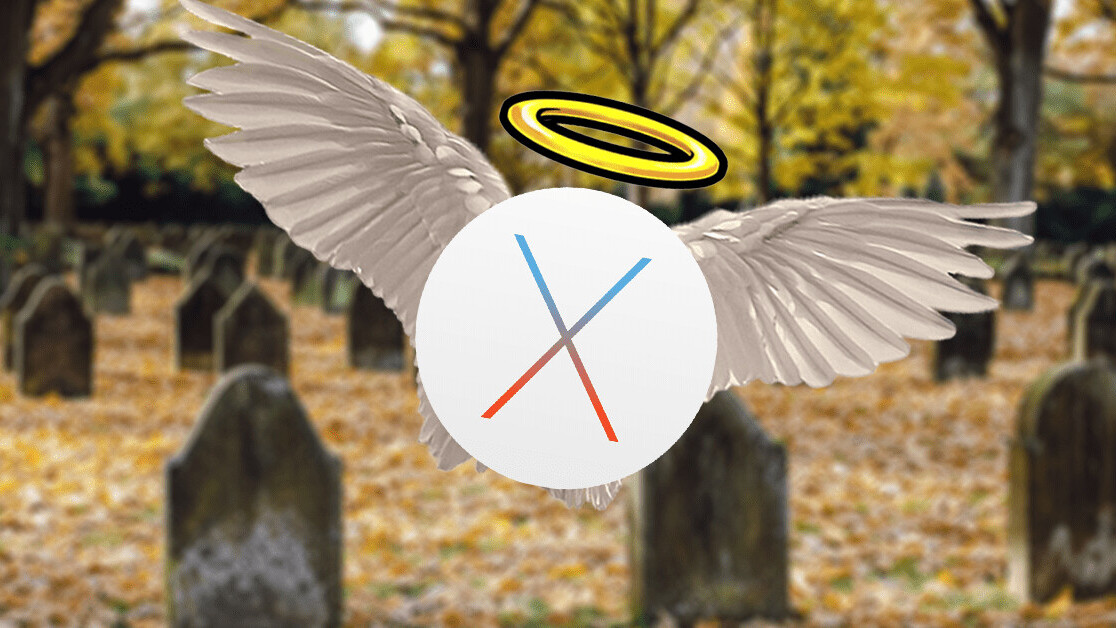 Pick up your favorite drink right now and pour it on the ground: OS X is dead. But macOS 11 lives, and its name is Big Sur.

Yep, so at last night’s WWDC, Apple all but confirmed the end of OS X and with it the 10.XX numbering system we’ve all been so accustomed to. In its place, we have a brand new version of an Apple desktop operating system — the first time we’ve had something like this in almost 20 years.

In this piece, we’re going to look at the evolution of OS X, its role in Apple‘s computing history, and how macOS 11 is likely to shuffle a whole lot of stuff up.

But do you want to find more out about Big Sur specifically? Its features? And design? Well, head here.

Everyone else, strap in.

Let’s start with what happened yesterday. During the keynote itself, Apple revealed that Big Sur wasn’t macOS 10.16 as many people expected. Instead, it’s a totally new version, something that can be seen in this screen grab:

I had my head down writing throughout the presentation (what can I say? I’m a professional), but it was something I caught in my reading afterwards. Specifically, by this Reddit thread. So props to you, people.

This led me down a rabbit hole of exploring the operating system that macOS 11 will replace: the famed OS X.

A brief history of OS X

OS X was launched to the public in 2001. This marks a nice dividing line between old and modern Apple.

The first few years of OS X saw Apple move from its previous pattern of unstructured, flaky computer updates, to what amounted to a steady and consistent stream of new operating systems.

In other words, everything at Apple got a lot more legit. And professional (my word of the day).

Throughout this ‘Big Cat’ period, Mac computers underwent a seismic evolution that still forms the basis of the machines today. That includes the introduction of iTunes (RIP), Garageband, Safari, and the App Store. All things we take for granted now, but were hugely influential.

OS X also spanned the shift from Power PC processors to Intel, something that began in 2005. And, interestingly, an issue that’ll be at the center of macOS 11 and Big Sur, with the company about to start a shift to its own ARM-powered chips — something you can read more about here.

But let’s get back to those ‘Big Cat’ years.

It was in this time — specifically with the release of 10.4 “Tiger” — that Apple’s OS X had some of its most famous “victories” over Windows and captured the public’s imagination, positioning its machines as genuine competitors to Microsoft.

I mean, who can forget the famous leaked emails of Microsoft executives in awe of 10.4’s search speed and video conference abilities?

Glorious days to be an Apple fan, for sure.

At the end of the ‘Big Cat’ years, there was another interesting change.

I’ve been an Apple user for a long time and I’d completely forgotten that for much of OS X‘s life, I had to pay to upgrade. Yep, each of the OS X ‘Big Cat’ releases forced me to reach in your wallet and actually fork over some cash.

This changed with the release of the ‘Landmarks’ versions of OS X. Specifically, “Mavericks.” From its release in 2013, Apple abandoned the premium model of operating system updates and began to roll them out free of charge instead, something it’s expected to continue with macOS 11.

At least, it better continue with this. Let’s not tarnish the wonderful name of OS X, now.

The rebrand: from OS X to macOS

One of the interesting (okay, maybe that’s a stretch, but bear with me) parts of OS X’s evolution was its rebranding.

Back in 2016 — and with the launch of 10.13 “High Sierra” — Apple abandoned the OS X moniker and began referring to its desktop operating system simply as macOS. The reason? To bring it inline with iOS, iPadOS, watchOS, and probably some other words Apple slammed “OS” on.

But, it’s important to note that this didn’t change OS X in any meaningful way, it was just a new way of referring to it. And it’s an important thing to remember.

Because there’s no big name or branding change associated with macOS 11, it can be easy to think the version changing isn’t a big deal. But it is.

Why you should care about macOS 11

We’re so used to numbers of things rising (we get a new numbered iPhone every year for example) that it’s easy to forget macOS isn’t like that. In fact, many people were under the impression it’d just keep ticking up until we got to something like 10.884839.

The fact Apple chose to actually make Big Sur the first macOS 11 version and kill OS X means we should really pay close attention. But what does this actually mean? Why has Apple made this decision?

In my mind, there are two main reasons.

The first we’ve already mentioned: the move to Apple-created ARM chips. One assumes the company will be able to make an even more efficient and powerful operating system now it has more control over the hardware, and macOS 11 and its future variants should be designed with this in mind.

While that’s all well and good, I believe there’s a bigger reason: bringing Apple‘s operating systems ever closer together.

I wrote about this last night during WWDC, but one of the things that really grabbed me about macOS 11 “Big Sur” was just how similar it is to iPadOS and iOS.

Apple‘s mobile devices have been using the company’s own chips for some time, and it makes sense there’ll be similarities between these and Apple Silicon, the name the company has given to its new chips. And you can see Apple planning for this already.

It’s not just the introduction of the iOS-looking Control Center, Notification Center, and Widgets (which all point in this direction anyway) on macOS 11:

No, arguably the biggest sign of Apple‘s mobile and desktop operating systems smushing together is the fact that computers with Apple Silicon chips will be able to natively run iPad apps.

Obviously it gives developers a chance to make a lot more money, but it’s the workflow shift that could truly change things. Although there are apps that sync across multiple devices (like Evernote, for example), there are many that sit solely on the iPad.

If Apple manages this correctly, its hardware ecosystem could become a seamless work and life tool, allowing people to switch across devices with ease, picking up wherever they left off.

Apple changing the version naming system signals that we’re entering a new era: one that’s focused on bridging divides between Apple‘s hardware and attempting to usher its users into a new way of operating. Is that a good or bad thing? Well, it’s simply too early to tell.

One thing’s for certain though: if you’re pissed off about Apple tying you into an ecosystem, you’re not going to like this change one bit.

Ultimately, I’m sad that OS X’s days have finally come to an end, but at least the future we have with macOS 11 looks intriguing.