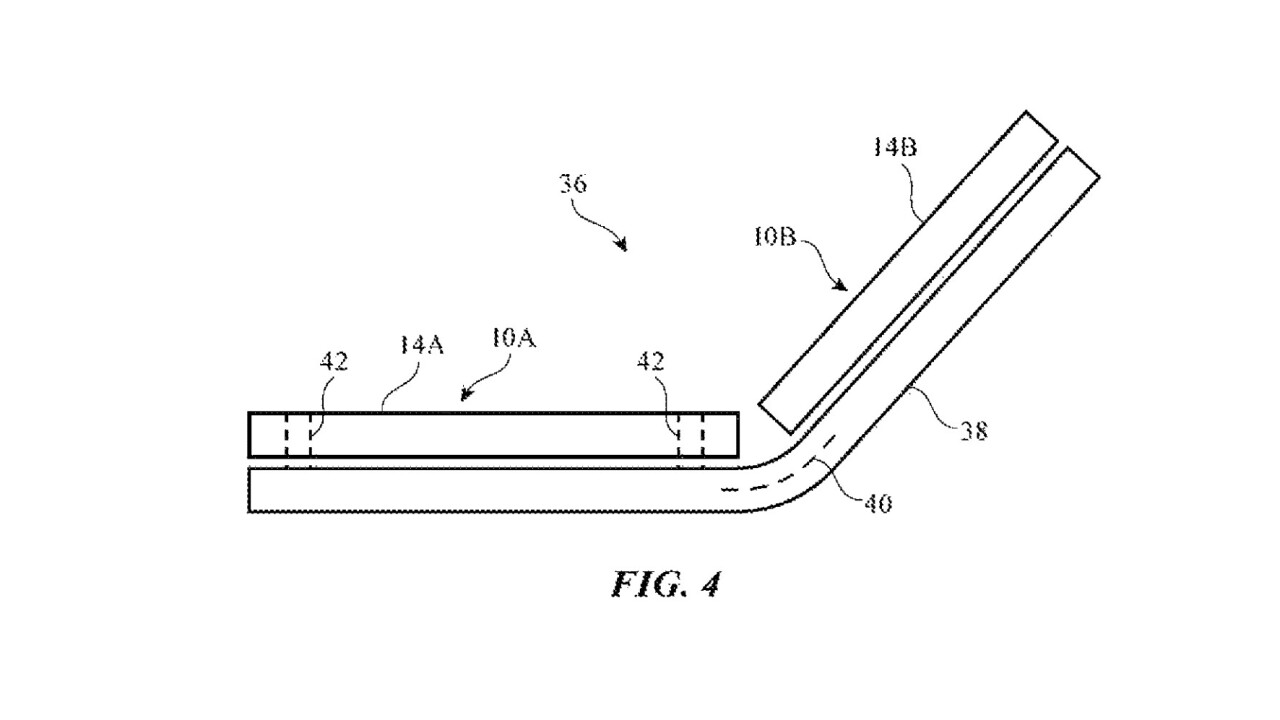 As if a supposed leak of iPhone 12 molds today wasn’t enough, another big rumor about upcoming Apple devices has surfaced: The company apparently is apparently working on a foldable iPhone with two separate but ‘fairly continuos’ panels.

The rumor comes courtesy of leaker Jon Prosser, who claims the current prototype device has not a single bendable display but rather two panels on a hinge:

The memes are funny — but it doesn’t look like they just stuck two phones together.

Even though they’re two separate panels, when the displays are extended, it looks fairly continuous and seamless.

In other words, rather than being like the Galaxy Fold…

Except, based on Prosser’s information, it appears Apple will try to make the screens looks “fairly continuous and seamless,” if not necessarily perfectly unblemished:

The memes are funny — but it doesn’t look like they just stuck two phones together.

Even though they’re two separate panels, when the displays are extended, it looks fairly continuous and seamless.

The phone reportedly has no notch, and has rounded steel edges; the latter seems odd given iPhone 12 leaks suggests the company is moving to flat sides akin to the iPad Pro.

While it’s possible that design is simply a quirk of the prototype, leaker @OnLeaks, who has a longer track record of accurate rumors, called into question at least some of Prosser’s information:

Foldable prototype as you described is BS. Doesn’t necessarily mean you made this up…

Still, Prosser stands by his sources:

I work to vet info before I report it. More so recently.

By the time I put my name on something, I’ve done the work to publish it. The responsibility falls on me.

It could just be that @OnLeaks doubts some of Prosser’s specifics. While a foldable iPhone seems like an obvious rumor at this point, it’s not like such a device would simply be joining the bandwagon; as MacRumors points out, rumors of a flexible iPhone date back to 2016 and a patent granted earlier in the year describes a device somewhat similar to what Prosser is positing.

There’s no indication when such a device might launch, if at all. As always, take this rumor with a grain of salt.