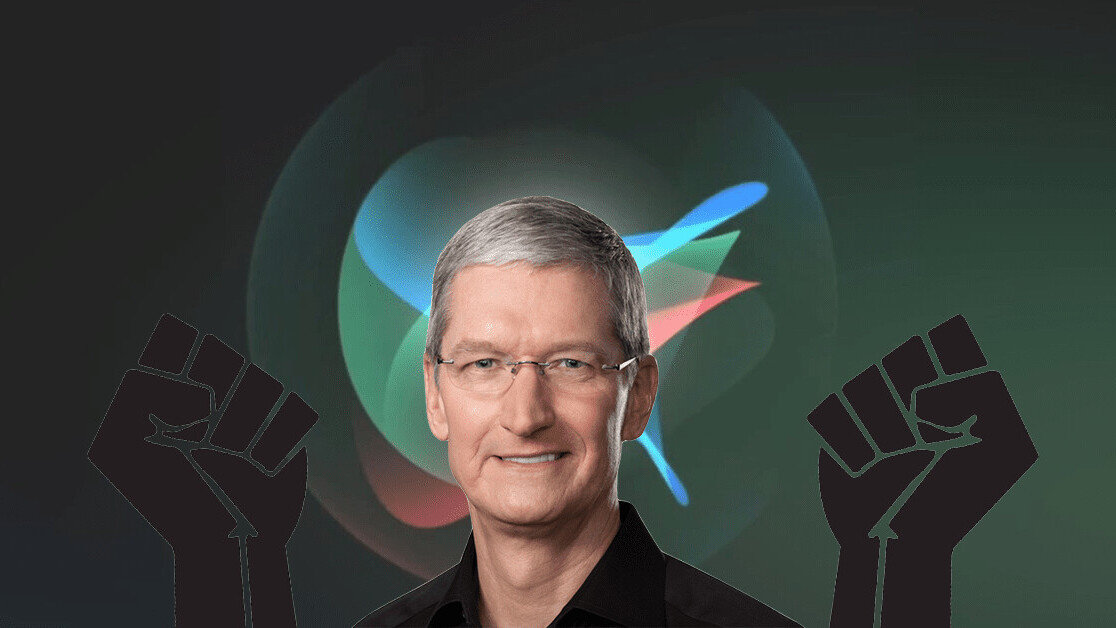 Apple has updated Siri to support Black Lives Matter, an unequivocally good thing. But, the company should use this positive momentum to make some more fundamental changes to its voice-activated assistant.

First reported on by Apple Insider, Apple updated Siri so it now responds to the phrase “all lives matter” in a new way. When you say it to the digital assistant, you’re confronted with this:

In case you have an issue reading the image, it says:

[Read: Protesting? Here’s how to turn off location services on iOS and Android]

This update comes hot on the heels of Tim Cook announcing Apple’s support for Black Lives Matter in an essay on Apple’s site.

Now, all these are undoubtedly moves that should be lauded, but we need to see Apple expand on this energy and go one step further — especially when it comes to Siri.

When you interact with the voice-activated assistant, it clearly presents a white-sounding and (normally) female voice. This should change.

This sound not only reinforces the idea of female servitude, but also perpetuates technology as a white space. Effectively, it’s not inclusive. And that really doesn’t need to be the case.

Last year the world’s first genderless voice assistant was launched. Called Q, it was developed by researchers who were able to define a gender-neutral frequency vocal range. They then recorded several voices, “working on the pitch, the tone, and the format filter” before creating Q.

This isn’t some far-fetched idea — it’s something that exists now and could be implemented reasonably quickly.

Look, it’s amazing that big companies are vocal in supporting Black Lives Matter, but if that’s to move beyond simply PR, they need to make some actionable changes. Putting an “all lives matter” Siri response into its software is great, but basically amounts to sticking a band aid over a missing limb.

No, remodelling the “voice” of its devices isn’t the same as ensuring leadership boards are balanced, but it would be a decision that actively tries to change biases, not simply some words of support.

And that just doesn’t go for Apple either. Google and Amazon need to put their money where their mouths are and make Google Home and Alexa more diverse and inclusive too.

The fact that Apple has updated Siri to support Black Lives Matter shows great energy from the company, but it’s just the start. If we want to see actual change, then actual things need to change, not just some words about it.

Want to help out and support the Black Lives Matter protests? You can find information on how to do that here.