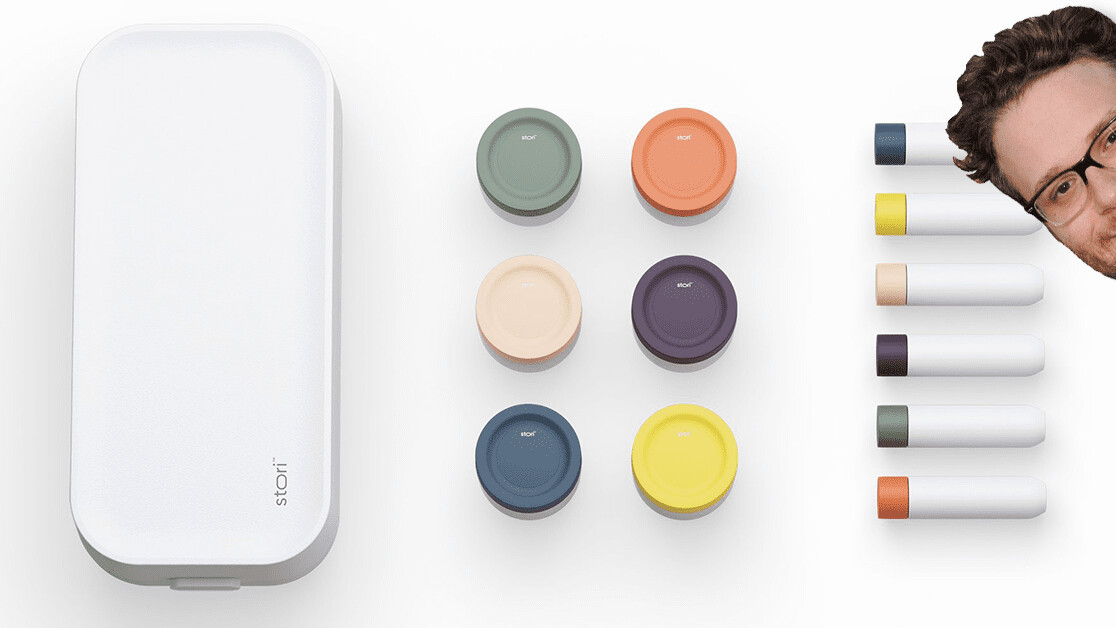 Now weed’s legalized in much of North America (ANYONE IMPRISONED FOR MARIJUANA SHOULD BE FREED IMMEDIATELY), there’s a sea change occuring. Well, capitalistically of course.

What I’m talking about is fancy shit. From portable concentrate vapes to leather carry pouches, there’s a lot of it about. And one of the latest is the Stori: a pretty cool way to store weed. If that’s the sorta thing you’re into.

So, let’s talk a bit about what makes the Stori a bougie way to look after your bud. First things first, this video does a good job of showing you the basics:

To sum it up, the Stori is a plastic box with six color coded pods and six matching tubes. The pods have humidity packs in the lids so your gorgeous green doesn’t dry out, while the tubes are there so you can take your bud with you on the go.

All of them have some level of smell proofing too.

The Stori case not only looks good, but also doubles as a rolling tray. And it has a child-proof release mechanism, something the pods are also equipped with. Truly, it looks like a lavish way to store weed.

But, that’s not all.

Slightly more seriously, the Stori app lets you add different strains, helping you manage what bud is in which colored pod or tube. On top of this, it can also recommend you new strains on what you’ve been smoking in the past. Which is pretty cool.

Look, I definitely see the appeal: having a sleek looking box to store weed in makes it more reminiscent of a cigar or whiskey collection, rather than the teenagers-hiding-their-bud-in-the-sock-drawer aesthetic of little plastic baggies.

But… is it worth it? I tend to purchase a strain or two at a time and just smoke through that. My local coffeeshop (I live in Amsterdam) is just round the corner, so it’s not like I need stock up.

Still, maybe actually having a gadget like this to store weed in would change my relationship with marijuana a bit. The fact the Stori can keep strains fresher longer, would encourage me to branch out and actually try and build a weed “collection.”

And, of course, this bit of kit is probably only useful if you live somewhere you can get a reliable source of actual strains, rather than just a 20 of “ami.”

If you’re interested in the Stori, you can find out more over here. It’s currently on sale, with an expected shipping date of August. Make sure you keep your peepers trained on Plugged for a review in the future.