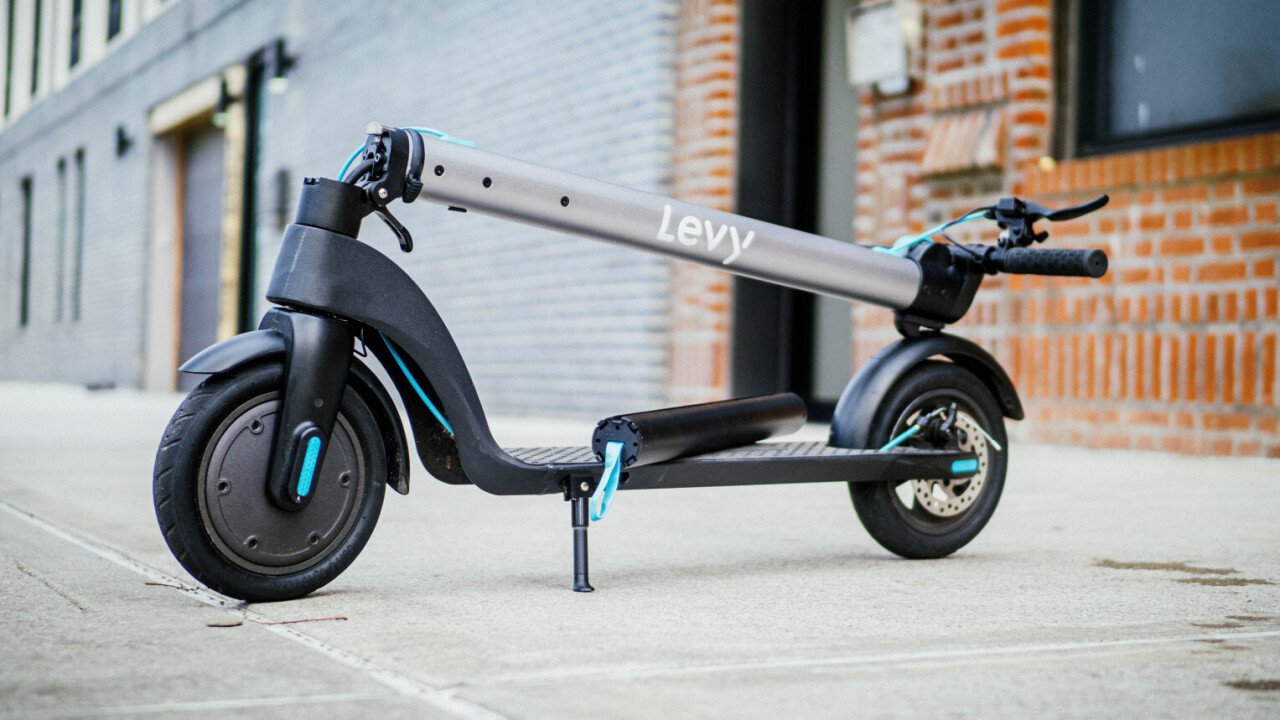 Electric scooters were finally legalized in New York earlier this month, but they’ve been a presence in the city for years. In some ways, they feel like the perfect tool for getting around the city — as fast as a bike, but small enough to tuck into a cramped apartment or bring on a subway. Some people want a scooter that’s as powerful as money can buy, but for this city dweller, it’s all about striking the right balance of key parameters: performance, safety, design, range and price.

Few scooters strike that balance as well as the Levy electric scooter. It costs $499, a little more than entry-level options like the Xiaomi Mi M365, but far less than an e-bike or some high-end scooters. At that price, it checks off almost everything I want from a scooter — including the rare ability to swap in a fresh battery on the fly.

It’s a looker too. While it’s not quite as unique as the Unagi Model One, the blue, green, or red accents help it stand out from a crowd of monotone scooters — it strikes a nice balance of sleekness and utilitarianism. The removable battery is hidden in the thick stem too, which means you don’t have to worry about opportunistic thieves looking to make money on some lithium.

The scooter is among the lighter on the market, at 27 pounds. The folding mechanism is easy to use, although the thick stem makes it a bit more difficult to grip than scooters in the same weight class. I’m also not a huge fan of the way the stem latches onto the rear fender – it’s easier to dislodge than I’d like if the scooter bumps against something.

The scooter comes with beefy, 8.5-inch air-filled tires. Until now, I’ve only tested scooters with solid tires (like the aforementioned Unagi) or some form of suspension — never one with ‘just’ pneumatic tires. I’d previously assumed that solid tires with any kind of suspension would be better than pneumatic tires on their own, but after testing the Levy, I think I’d rather take the latter.

Not only do pneumatic tires better absorb small vibrations, but they also grip better on wet roads. Suspension is still welcome when coming up against larger bumps and potholes, but for most of the ride, the pneumatic tires make for the smoother ride. I was surprised by how much safer I felt riding on the Levy compared to the Unagi, which has slightly smaller solid tires with no real suspension. On the latter I feel like I’m always hyperaware of any deformities on the road; I don’t feel the same anxiety on the Levy.

It’s more powerful than I expected from a 350W motor too. I’m a big guy, about 30 pounds over the Levy’s 230lb rated weight limit. But the scooter zips off the line and had no trouble getting me up to speed quickly. It accelerates more quickly than the 500W, dual-motor Unagi, although the latter was a bit more successful pulling me up hills. The max speed is 18mph, but I normally don’t like going beyond 15mph on a scooter in the city anyway (that’s also technically the legal speed limit in NYC).

Lighter riders should especially have no trouble keeping up with traffic on the Levy, particularly considering the average cyclist travels at about 10mph.

Equally important as speed, the combination of electronic and mechanical braking had no trouble helping me stop on the dime. I also appreciate the redundancy of having multiple brakes should one of them fail.

Range will vary tremendously depending on your setup and terrain. Levy claims you’ll get 12 miles in eco mode or 10 miles in sport mode. With my load, I got about half that. But the ability to carry an extra battery (or two or three) in a backpack means you can prepare for longer trips — it takes less than 10 seconds to swap a battery.

I suspect most riders will eventually want to pony up the $139 for an extra battery, but if you have a short commute, it’s nice that you don’t have to. And if you want more built-in range, the new $699 Levy Plus has a claimed range of 18 miles in eco or 16 miles in sport mode. It also offers larger, 10-inch pneumatic tires.

There are few other nice touches throughout. The front brakes are regenerative. The scooter comes with cruise control. There’s a built-in bell. The screen displays your speed and remaining battery. The headlight keeps you visible at night. Levy sells replacement parts right on its website. And the company offers a rental program in NYC should you want to give the scooter a go first.

For $499, it’s hard to find a scooter with such a combination of looks, power, and comfort. It’s an easy recommendation for people looking for a well-rounded, affordable electric scooter – just make sure to get an extra battery.