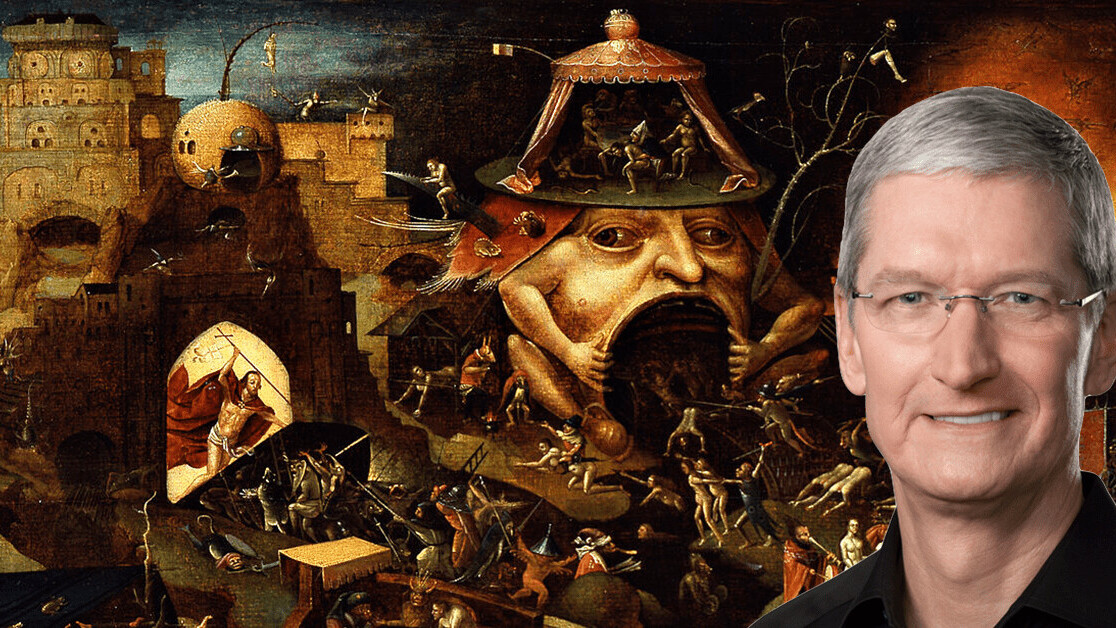 I’m obsessed with Apple’s AirPower charging mat. Not with what it is — I mean, it’s just an unreleased wireless charger with an Apple logo, who gives a shit? — but with what it represents.

For whatever reason, Apple’s AirPower charging mat has become the white whale of the tech world; a seemingly innocuous gadget that has inspired a thousand think pieces and, if the enthusiasm is to be believed, something many people would literally charter a ship and race around the ocean to get a glimpse of.

You might’ve thought you heard the last of it after it was canceled. But you were wrong. Oh, you were so wrong.

[Read: OnePlus’ new logo still makes me read ‘one plus ONEPLUS’ — an analysis]

So why is Apple’s AirPower charging mat back in the news?

Because of a tweet. One tweet that not only caused several news pieces, but also this article — something your should take as a blessing from your favorite deity. Anyway, let’s have a look at the fateful tweet that kicked all this off:

The project is back on, internally. No guarantee that they’ll finalize and release it, but they haven’t given up yet and they’re trying to re-engineer the coils to displace heat more effectively. Prototyping is underway.

There you have it people: Coils.

On the topic of this rumor’s reliability, Mr. Prosser of Front Page Tech seems like a good dude and has been correct with some predictions before, so he could well be right. But I’m not here to discuss the possibility of Apple’s AirPower charging mat hitting the market.

No, I want to talk about why you, I, and everyone else in the Apple world give a shit.

So why do we care about AirPower?

Ever since the wireless charger was announced, and then forgotten about, and then kinda remembered, and then (almost) canceled, it’s fulfilled a strange role in the Apple ecosystem: That of a sultry little tease.

In recent memory, Apple’s never announced anything that hasn’t seen the light of day. Most of the time, the company says it’ll put out a product, and then does.

Apart from the AirPower.

Is this uncertainty why people are so intrigued about a wireless charger they set up a website to track it? Is this why folks are still excited about it — although there are already thousands of wireless chargers on Amazon? Or is it just because it’ll have an Apple logo on it?

I don’t know, I’m not a psychologist. Or your dad.

What I do know is that I don’t really care about the hardware aspect Apple’s AirPower charging mat. But I do care about this ridiculous “will they? won’t they” charade. It’s my version of a soap opera. Hell, it’s my own, personal Friends.

Does this make me an insufferable, dull, and downright unbearable excuse for a human? Yes, but we already knew that.

So, Apple’s AirPower charging mat: May you never see the light of day. Instead, stay in an endless limbo so I can write countless articles about you in search of cheap clicks and a way of putting some order on this chaotic, pandemic-ridden world.