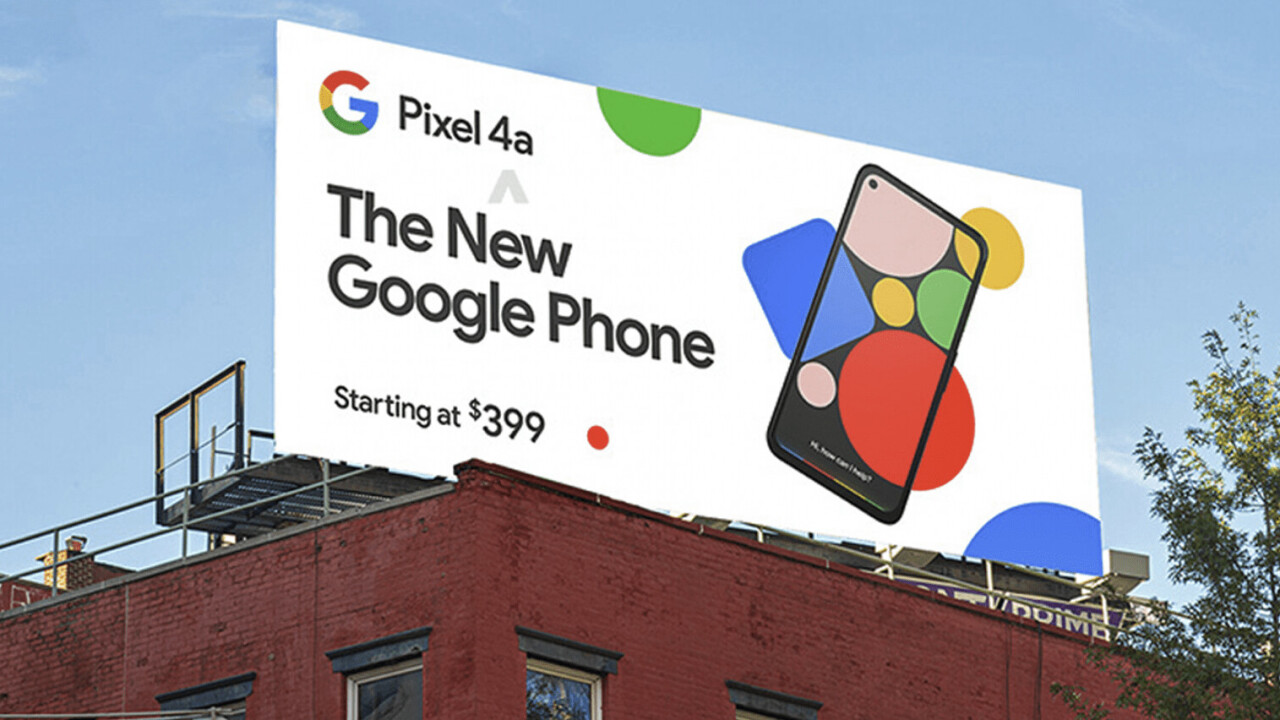 When we covered an extensive hands-on video of the Pixel 4a yesterday, we lamented that one of the only things we don’t know about the new phone at this point is its price. Well, that’s now been checked off the list, if images posted leaker Evan Blass is to be believed — and he has an unimpeachable track record.

Blass shared a few images of what appear to be billboard ad mockups for the new device. Notably, one of them shows the device price at $399. This isn’t a huge surprise, as it’s the same price Google used for the 3a last year, but it’s nice to see Google isn’t following the trend of higher prices every year.

A few other images also show off some of the cleanest looks at the new design, including the hole-punch camera — a first for Google — and the somewhat misleading square camera module on the back. Though this may make you think the phone has more than one camera like the Pixel 4 or iPhone 11 Pro, it’s just an excessively large housing for the single camera and flash.

It also confirms the existence of a fingerprint sensor, as expected for a device without the requisite hardware for the 3D facial recognition used in the Pixel 4. This also means the device will almost certainly not have radar-based gesture recognition, but I suspect the trade-off in price and aesthetics — there’s no big forehead at the top — is worth it for most people.

The Pixel 4a is shaping up to be the Pixel to beat. The device was expected to be unveiled at Google I/O, but the physical part of that event has been canceled. Still, rumors are currently pointing to an early April release, but we’ll keep you updated as we find out more. For more on what we know so far, check out our previous coverage.