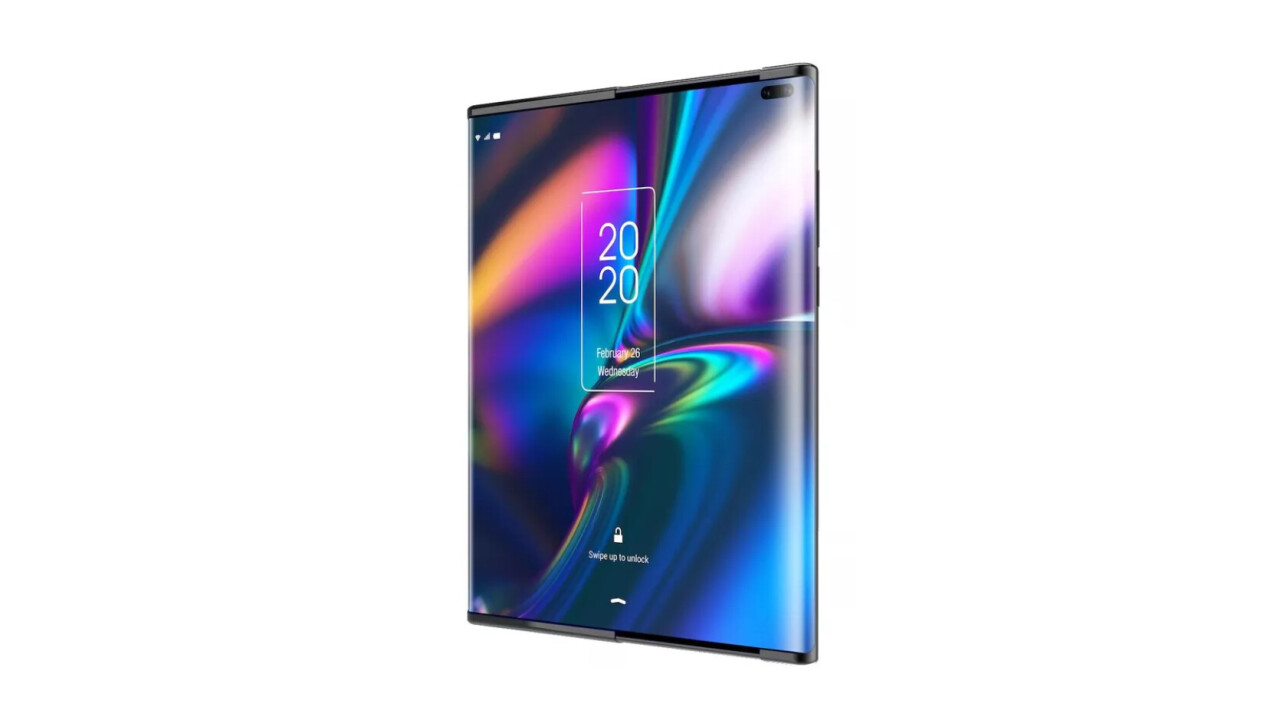 We’re living in a new era for phone design. We’ve seen phones with bendable displays that fold horizontally and vertically, folding phones with dual screens, and phones with screens hidden on their backside. But I can’t for the life of me figure out how this TCL concept phone – leak courtesy of CNET –  is able to expand to a normal size to an honest-to-goodness tablet.

Unlike the myriad of folding phones we’ve seen so far, this TCL concept actually has an extendable screen. CNET‘s Jessica Delacourt guesses that the phone has one continuous flexible display and that the panel essentially unwraps when you pull out the screen using the phone‘s sliding mechanism.

This could have the theoretical benefit of eliminating the creases that plague all current folding phones; the screen never has to endure a sharp fold. But it’s hard to tell from the images exactly where the screen would be hidden under, though maybe it might unwrap around the phone‘s left radius.

Another possibility is that there are actually two screens, one hidden underneath the other. Open up the device and the screen pulls out until it locks into place in tablet mode. It’s hard to imagine TCL could achieve this mechanism without creating a seam in the center of the device when expanded. It would also probably make the phone unduly thick.

On the other hand, you could argue this is no worse than the crease present in every other folding phone so far. This system would also have some benefits: you could make both screens glass, making for a much more scratch-resistant device than any of the folding phones so far. And when using the phone in its normal, not-expanded mode, it would work much the same as any other device.

Of course, there’s no seam in the leaked renders, but they’re just that: renders. It’s not like we’ve seen creases in promotional images for any folding phones.

CNET reports the device was expected to be announced at Mobile World Congress, which you probably know by now was canceled due to fears over coronavirus. Still, my guess is it shouldn’t be long until TCL reveals something official. It’s one of the more unique takes on the ‘folding’ phone so far, and it’s going to itch at my brain until TCL tells me how the darn thing works.