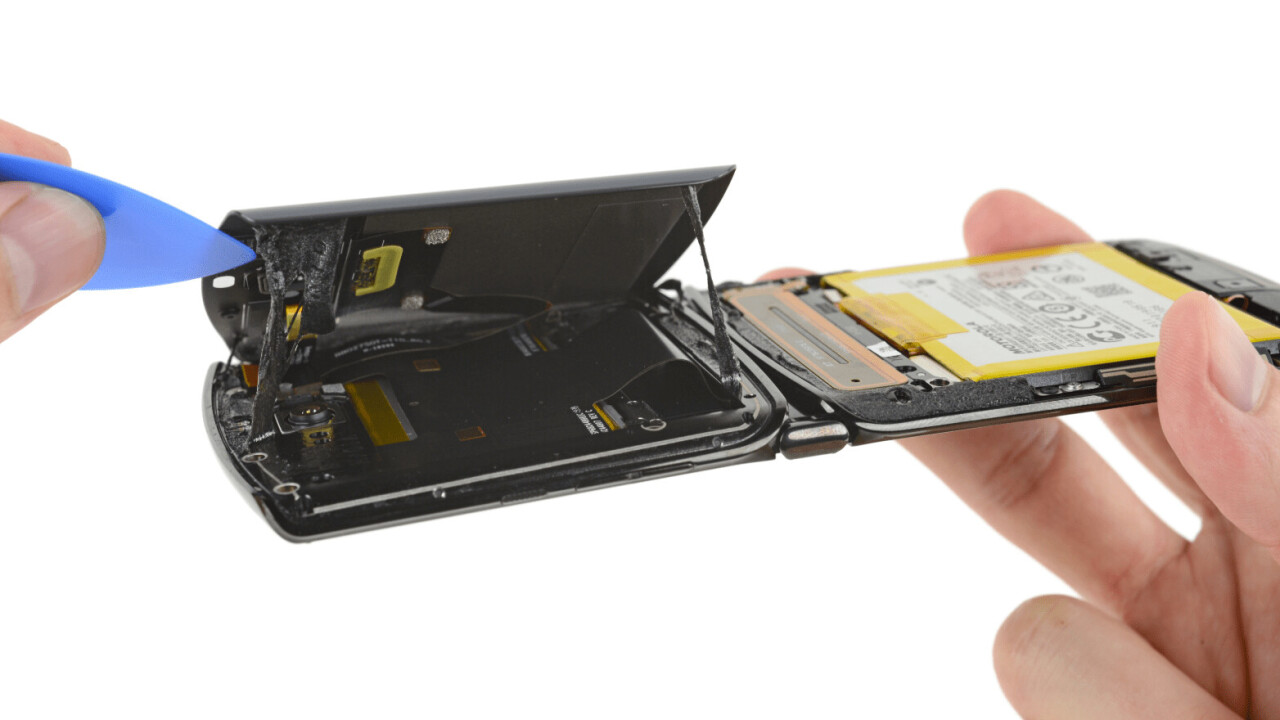 It turns out folding phones with bendy screens and complicated hinges are difficult to repair. Who’da thunk it? In fact, iFixit says the new Motorola Razr is the most difficult-to-repair phone that’s ever hit its desks.

The device scores a 1 out of 10 on iFixit’s repairability scoreboard. The only product I can think of that’s scored worse is the original Surface Laptop, which scored a zero. (the most recent revision brought that score all the way back up to a 5). For comparison, the iPhone 11 Pro Max scores a 6, and even the Galaxy Fold scored a 2.

iFixit blames the copious use of glue, needing to remove two separate batteries instead of the usual single one, and general complex construction for the difficulties of opening the device. But hey, at least you only need one type of screwdriver.

It is worth noting, however, that Motorola is offering to replace screens for just $299, which is less than what Apple charges to repair a much less fancy iPhone 11 Pro Max display.

After immense hype, the new Moto Razr is off to a rocky start, to put it nicely. As cool and futuristic as the form factor is, reviewers have complained about the crease in the screen, poor battery life, mid-tier specs, and middling camera. It seems like it might not be the hero device Motorola was probably hoping for, but we’ll have to see what we think when we get our hands on one.

We’ll also have to see how Samsung’s new Galaxy Z Flip fairs, what with its “ultra-thin glass” panel – glass that can somehow fold – and fancy new hinge. Hopefully, the company has learned some lessons from the Galaxy Fold. Personally, I’m just waiting for JerryRigEverything to get his hands on one of those and tell me if, like all other glass phones, it “scratches at a level 6, with deeper grooves at a level 7.”