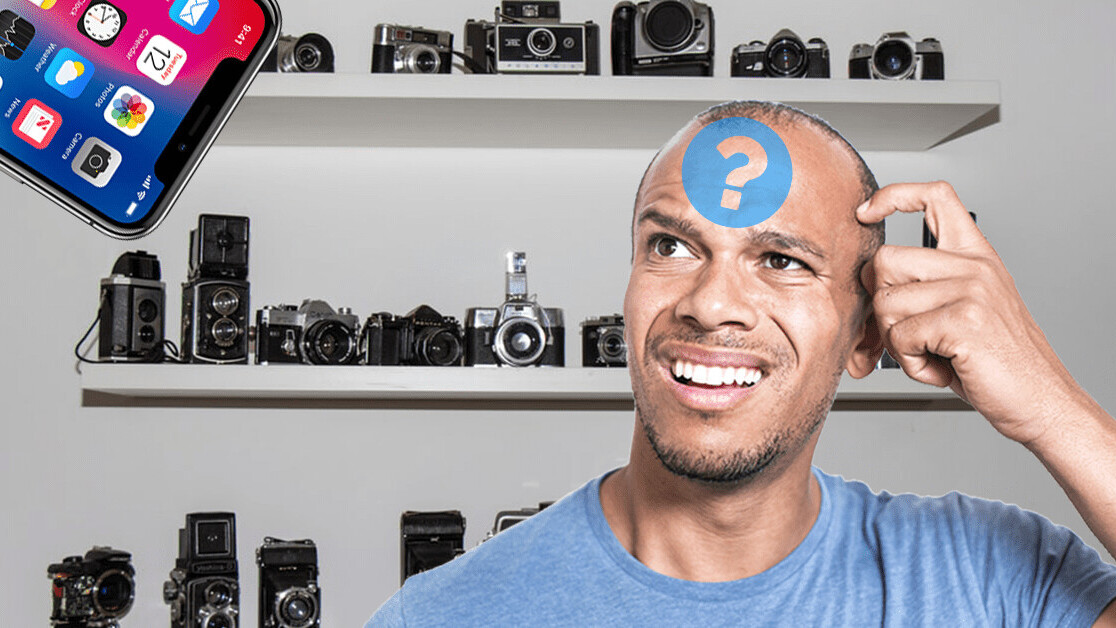 Over the past few years, cameras have become the de facto point of differentiation for phones. Let’s take the new iPhone 11 range as an example. If you caught any of the adverts on TV, it’s pretty clear that Apple was pushing the camera as one of the phone‘s main selling points. Have a look at this dedicated advert for example:

It’s not just Apple either. Companies like Huawei, Google, and Samsung have all launched devices that prioritize the camera, using the technology as a hook to entice people to upgrade. One of the things that unites these companies in their quest to create better phone photography is the fact they’ve ended up adding more and more lenses to the phones.

[Read: An iPhone 11 Pro Max review especially for you, human]

This is all well and good (who doesn’t love taking better photos?), but it has made understanding what’s on the back of your mobile tougher. Before, it was just a single camera, but now? I mean, what the hell do all those different lenses do?

Luckily, we’re here for you. We’ve already written explainers on time-of-flight (ToF) cameras, and telephoto and wide angle lenses, so those should help shine some light on the matter.

Today though, we’re going to look at an up-and-comer in the world of phone cameras: Macro lenses.

What is a macro lens?

Simply, a macro lens is designed for short distance photography. It’s used to take detailed photos of small objects and, as such, can focus at a much shorter range than other lenses.

You can look at a macro lens as a minor magnifier, where the items you’re taking pictures of appear larger in the image than in real life.

And that’s basically it! If the telephoto lens is for taking pictures of something from a long way away, then the macro lens is all about getting up close and personal with the subject.

So could macro lenses be next big thing for smartphones?

I think there’s a strong chance of macro lenses making a big splash over the next couple of yearas.

While there are phones out there that already have a macro lens (like the Xiaomi Redmi Note 8 and the Samsung S10 Lite), the market is far from saturated. Instead, the most common set-up seems to be a combination of a standard lens, an ultra-wide, and/or a telephoto.

If you’re a phone manufacturer, there’s quite a big opportunity here. When the P30 Pro was launched with that incredible zoom, people from all over the world took notice. If you can create an impressive enough macro lens to grab the public‘s attention — and find a decent use case for it — there’s the potential of it being the next big thing.

Hell, even if this doesn’t go exactly to plan and macro lenses don’t capture the public’s attention, they’re an easy bit of product marketing that might both shift a few more phones and make their photography better.

So there you have it! Keep an eye out for macro lenses coming to a phone near you. And if there are any other explainers or information you’d like to know, hit us up on social, okay?