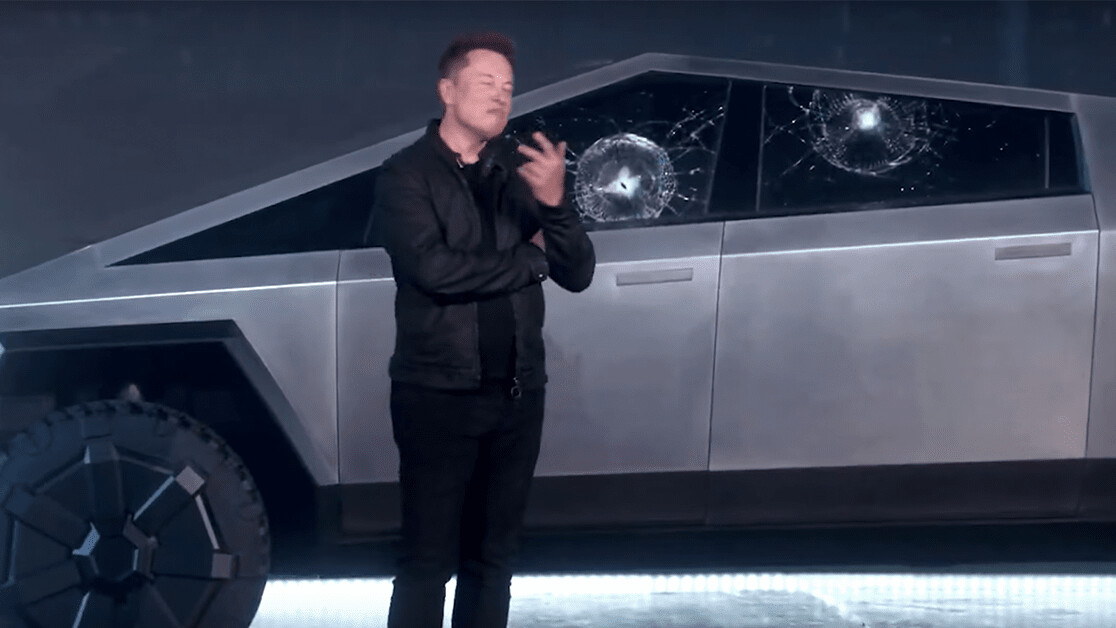 It might sound like a country and western version of a London-based rave-ware store (a niche reference I know), but the Cybertruck appears pretty impressive. On paper at least.

We covered the full launch here, but as a summary, the Cybertruck’s top configuration can tow over 14,000 pounds (that’s more than 6,350 kilograms in real measurements) and can go from zero to 60mph in 2.9 seconds.

Oh, and the Cybertruck’s glass is “armored.” But, seemingly not armored enough to withstand being broken live on stage during the unveil.

My god, I can’t stop watching.

What’s even tastier is Musk decided to give it another spin, getting Tesla’s head of design — Franz von Holzhausen — to throw the ball a second time to try and prove his point. The outcome?

I mean, is it a surprise the glass broke when a steel ball was overarmed into it? No, not really. But is there a huge amount of schadenfreude in watching it happen? You’re damn straight there is.

To be fair, although Musk seemed surprised, he took it in his stride. Laughing when it happened and saying “[they’ll] fix it in post.”

Despite this, it was especially delicious to see Elon Musk continue presenting in front of the broken windows.

I mean, does the Cybertruck look like a fascist Toblerone? Or a low resolution PS1 vehicle? Or a nautical protractor on wheels? Yes. Yes it does. But that doesn’t mean it can’t be a genuinely good thing.

Considering that the top three best selling vehicles in the US are pick-up trucks, the introduction of an electric vehicle into this market has the potential to make real change.

Let’s just hope no one throws steel balls at it when it finally hits the market in 2021.