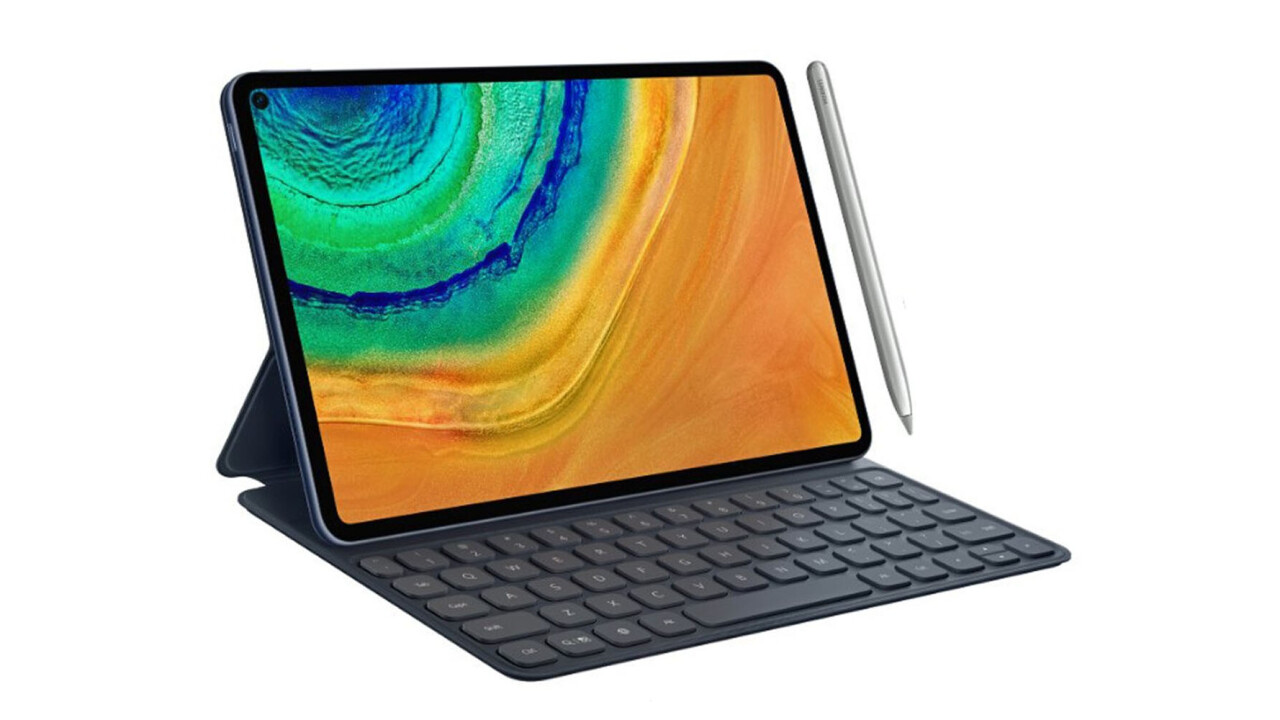 A few weeks ago, rumors and images of a supposed Huawei MatePad Pro started to hit the web. As you can probably guess by the name, it’s the company’s take on an iPad Pro competitor.

At the time we didn’t have a firm release date, but now it seems the tablet will arrive as soon as this month: Huawei CEO Richard Yu made a Weibo post teasing a MatePad even for November 25.

At a glance, it’d be easy to mistake the tablet for an iPad Pro. Granted, there are only so many ways to design a tablet, but it has relatively slim bezels, a very Apple-Pencil-looking stylus, and a grey keyboard. That said, it appears to come in several colorways, and the screen features a hole-punch camera, so there’s that.

Spec-wise, the tablet appears to sport the new Kirin 990 Chip in the Mate 30 Pro, and 8GB of RAM. As usual, it’s basically a flagship phone blown up into a larger form factor, but that’s not necessarily a bad thing, especially if Huawei has optimized thermals to eke a bit more performance out of the tablet than its smartphone.

The event is being held in Shanghai and we’ve seen little fanfare about the tablet from Huawei‘s European marketing, so it’s fair to assume the company is focusing on a China release for now. Still, we’re curious to see how the tablet holds up in the real world, given the scarcity of decent Android tablets.