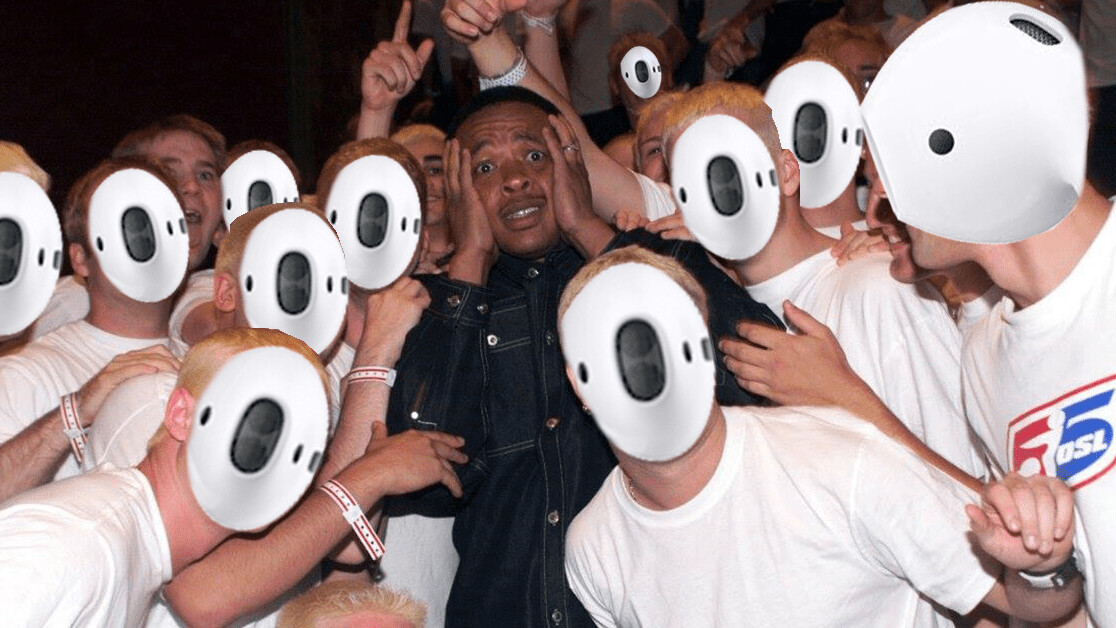 Thank the lord, Apple has finally given AirPods a proper update. So, AirPods Pro, wipe that mucus off your shiny plastic and say hello to the world.

If you’re here looking for general information and specs on the new true wireless earbuds, I’d recommend you check out this article. This piece is looking at something different: the clever branding Apple has undertaken with the AirPods Pro.

Now, when the second generation of AirPods (colloquially known as AirPods 2) were announced in March of this year, I was disappointed. Yeah, there was an improvement in battery life, a new chip (gotta love that sweet H1, right?), and Siri support, but the whole thing felt like an iterative upgrade; an AirPods 1.5 if you like, not the next generation of Apple‘s earbuds — something I pointed out and discussed at the time.

Generally, Apple makes huge hardware strides across the first few iterations of its products. I mean, just consider the evolution of the iPod, iPhone, and Apple Watch over their first couple of generations. Seeing the second version of the AirPods (or AirPods 2 if you prefer) being so similar to the original models didn’t feel particularly Apple.

But with the release of the AirPods Pro, things finally make a bit more sense. Rather than releasing an iterative AirPods upgrade — you know, like the Apple Watch Series 3 to Series 4 for example — the introduction of a Pro model gives Apple the chance to have its cake and eat it.

Or, to put it differently, make a shit ton of cash.

But, by naming them the AirPods Pro (instead of the AirPods 3, I guess), Apple has simultaneously kept its older earbuds relevant to the wider public, while still selling to the upgrade-mad amongst us. And that’s not even discussing the interest the AirPods Pro will get from the audiophile community, who were, in the main, put off by the original pairs.

If the latest earbuds were named the AirPods 3, that immediately makes the second generation AirPods feel outdated. But with Pro moniker, it positions them as a different sort of earbud. Effectively, this doubles people’s purchasing options.

Hell, I can imagine folks buying a set of both standard and Pro AirPods, something I’m not sure they’d do if it was just an ascending number system.

The genius in the AirPods Pro naming convention is its simplicity. It’s a dumb trick, but slapping on “Pro” is successful because, basically, we’re all stupid. It’s why shops still sell items that end in “.99.” — we all know what they’re doing, but it still works.

Before we finish, it’d be remiss if we didn’t discuss the differences between the “Pro” moniker on the iPhones and AirPods.

While they both serve a similar function on the surface (i.e. letting users that these are the premium devices), there’s one key thing that separates them: the iPhones bearing the Pro badge were all released at the same time. This means the “Pro” moniker is solely used to differentiate the phones, making it easier for the consumer to decide which is right for them.

The AirPods 2 and AirPods Pro, on the other hand, were released over 6 months apart. This makes me feel that they’re the next evolution of the true wireless earbuds, not a related category, like an iPad Mini or a Plus iPhone.

For all intents and purposes, the AirPods Pro are really the proper AirPods 2. They’re the upgrade to the original product. They’re the outcome of Apple‘s drastic improvement of its new hardware. They’re the true wireless earbuds we were waiting for.

But, by calling them the AirPods Pro, and not positioning them as an iterative update, Apple has kept the second generation AirPods relevant. Just in time for Christmas too. That, friends, is a pro move.