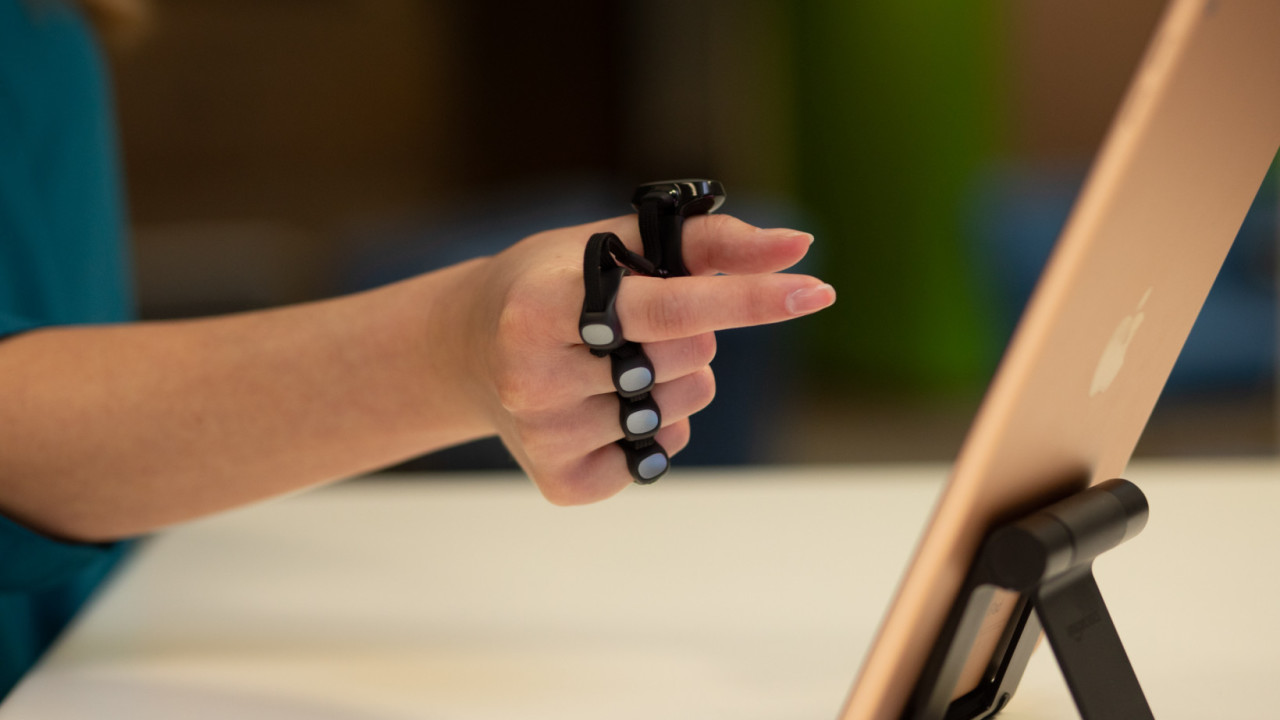 The Tap Strap is one of the more interesting gadgets to hit the market last year. It’s a Bluetooth keyboard with an integrated optical mouse that you wear over your fingers like flexible brass knuckles. The idea is to make it easy to type and navigate your devices in a super-compact package – and needing only one hand. It makes for a keyboard that’s accessible in all sorts of places, even if there’s a learning curve to get used to it.

The Tap Stap 2 just launched today, launching at $200 and its main new addition is the ability to use the wearable as an air mouse. While previously you could use it as a mouse by placing your hand on a desk and moving it around like a regular mouse, the air mouse feature lets you navigate simply by waving your fingers around with a few gestures.

This is particularly useful if there is no adequate surface nearby, such as during presentations or if you want to control a smart TV from your couch. The Air mouse comes in three modes depending on your use: one which works lets you control a cursor in the air akin to a regular mouse, one that lets you control media playback, and one that lets you navigate through menus (think TVs or consoles) using gestures.

The other notable addition is tighter integration with the iPad, allowing you access iOS-specific functions you wouldn’t normally be able to with a regular mouse, like switching between apps on the fly or opening the home screen.

As before, using the Tap takes some training. Rather than trying to somehow emulate a standard keyboard, it instead trains you in a completely new way of typing that’s somewhat akin to playing chords on a piano or guitar. Tapping with different finger combinations lets you access different letters and symbols, and the Tap app includes a few typing games to help teach you the new typing method. Tap says it takes 90 minutes to learn to use its system, though probably a few weeks to genuinely be comfortable.

While the Tap Strap won’t replace regular keyboards anytime soon, I can see it being useful for several professional applications – such as if your job involves standing a lot. It makes obvious sense for VR, where you don’t have the luxury of being able to look at your hands while typing, and it’s also a handy tool for getting work done on mobile devices without having to lug around a portable keyboard and mouse. This one just fits in your pocket.

If the Tap Strap 2 tickles your fancy, it’s available today from Tap’s website and Amazon for $200.