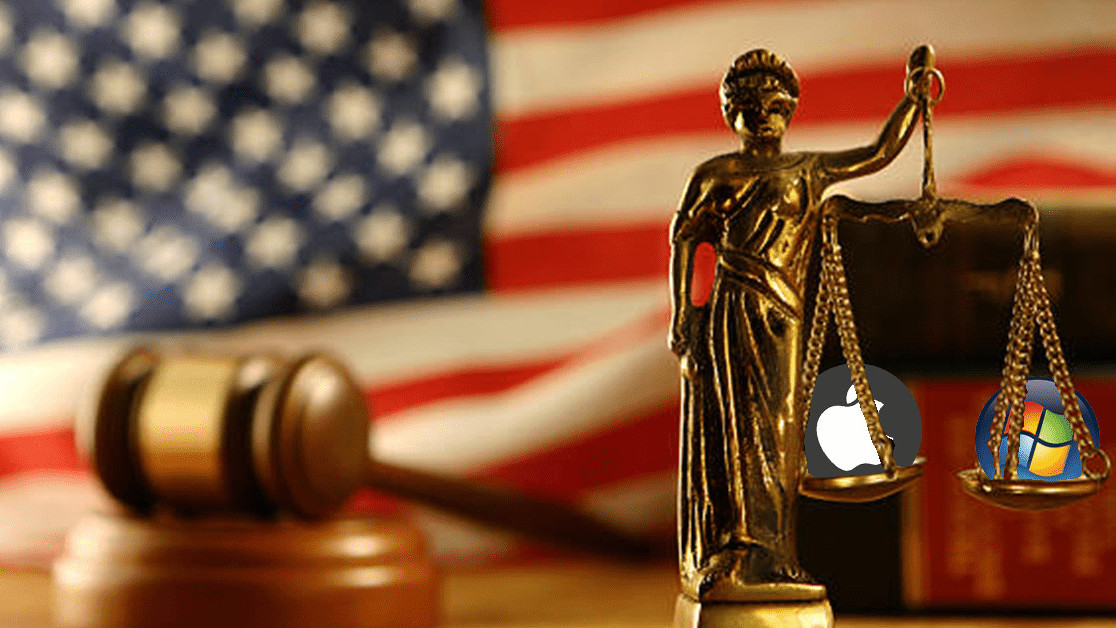 My Apple fandom might be on the wane, but I still love Apple gear. Hell, my main phone, work laptop, home computer, and primary media player are all made by the Cupertino-based company. I’m enveloped by Apple.

While I grew up using Windows devices, I entered the Apple ecosystem at a time everything they made felt superior and slicker to Microsoft. But that was over 15 years ago. And although I’ll probably never separate myself entirely from Apple hardware, it’s harder than ever to ignore what Microsoft is doing — especially considering last night’s Surface event.

And, as an Apple fan, I don’t know how to feel about it all. Excited? Dejected? Annoyed? Contented? I guess there’s only one way to find out.

The Macbook hasn’t been in a great place recently. Whether it’s battery problems, or the continuing keyboard issues, the once proud king of laptops is now looking rather senile and shaky. Hell, I’m not entirely sure whether I’d trust spending a couple grand on a Macbook and trusting it to last me five or six years anymore. Which should say it all.

But — and here’s an important question — would I buy a Microsoft laptop instead? Lol, no.

Look, I don’t want to be a dick. The Surface Laptop 3 announced yesterday looks lovely. I mean, have a gander:

But there’s nothing about them that’d drag me away from Apple laptops. There are no deal-breaking features, no design innovation, basically nothing that’d drive me to give up macOS and head back to Windows.

For the moment, I’m gonna hold on and hope Apple finally whole-asses its Macbooks.

This is when the Apple fan in me starts looking somewhat longingly over at Microsoft‘s gear. The company announced two devices in its hybrid range, the Surface Pro 7, and the Surface Pro X.

While Microsoft‘s devices are slightly different to iPads (they’re designed to be halfway between a laptop and a tablet, ergo the hybrid moniker), Apple is trying to move into this space with the iPad Pro.

Now, design-wise, I’m still on team Apple. But not by much. The Pro X in particular is a gorgeous bit of kit. But where I really start to admire Microsoft is in its adherence to making these hybrid devices fit for work.

Apple has been quietly positioning the iPad Pro as a laptop replacement, but I just don’t see it. While the brand new iPadOS will make a big difference to people working on the tablet, it’s far closer to a mobile operating system than a desktop one.

The Surface Pro devices on the other hand have more in common with a regular computer. For example, you can run desktop apps on it. And the keyboard has a track pad, which is a huge deal for anyone looking to, you know, actually do some work.

For me, the reason I work on a laptop is because of its versatility and power — something the Pro X has, which is a huge positive. So, if I had to get either a Surface Pro X or an iPad Pro, which would I choose? And, unfortunately for Microsoft, I’d still go for the iPad Pro.

That doesn’t mean it was an easy decision. If I was required to work on the devices, I might edge towards the Surface Pro X, but using iPads feels like such a dream…

But, there’s a hell of a lot Apple could learn from Microsoft when it comes to making a tablet (or hybrid) device that people can actually work on. And I’m a little jealous about that.

Honestly, what a riot.

When we tried the Surface Earbuds, they were actually pretty comfortable. But come on. They might sound fantastic, have wonderful features, but those things are fucking butt ugly and I’ll have nothing to do with them.

In my mind, this is such a typical old school Microsoft move: a product that probably works pretty well, but designed by someone who thinks hip-hop is an operation.

I’ll keep my AirPods thank you very much.

Basically, I’m not entirely sure what to call Microsoft’s Surface Neo and Surface Duo. I guess they’re dual-screen devices? But that sounds kinda clumsy. Foldables? But that brings to mind the unbroken (figuratively, not literally) screens of the Samsung Fold. No, in this instance we’re going to refer to them as That New Shit.

For some background, the Neo is a tablet-style device:

And the Duo is a phone:

But I can say with confidence that they’re both 100 percent, totally That New Shit — and that’s what’s so goddamn galling as an Apple fan. These things look cool. I honestly can’t wait to test these devices out

Do I expect the Duo and Neo to work well at first? Not really, they’ll probably have a whole load of teething problems, but that’s besides the point. They’re exciting. This sort of fresh new take is something Apple doesn’t dabble in. Yes, it’s nice that we get polished products, but it also kinda sucks that we rarely see anything totally new from the company. And for an Apple fan, that can be disappointing.

If you’d like to pre-order any of the items above, you can find the relevant information here.