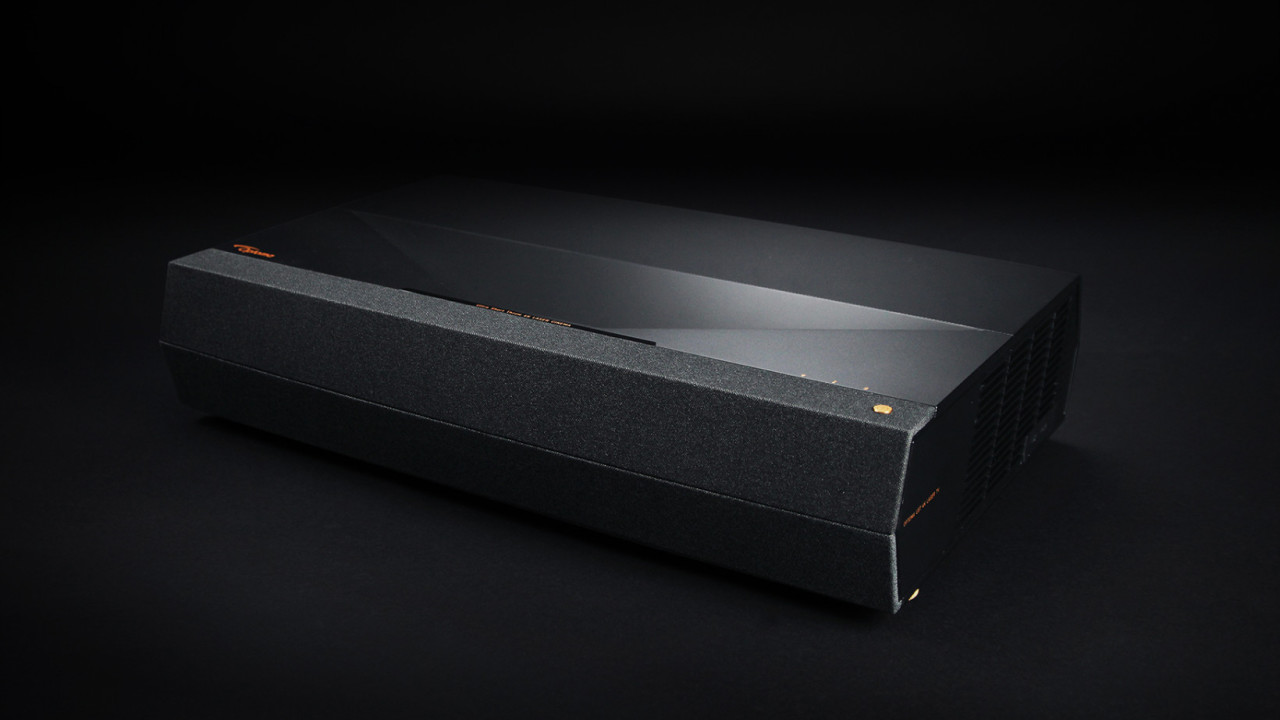 When it comes to home theater, video enthusiasts are usually divided into two camps: those who love their big TVs, and those who need their even bigger projectors. But while setting up a traditional long-throw projector is typically a time-consuming, inflexible affair, increasingly popular ultra-short-throw projectors seek to provide big screen sizes with ample placement flexibility.

Optoma’s CinemaX P1 is the latest entry into the category, promising high-end 4K image quality from a relatively inconspicuous package that’s easy to move. First announced at CES earlier this year, the projector is available to pre-order now for $3,300 from Amazon and will begin shipping next week.

The P1 is capable of delivering a 120″ projection from “inches” away with a 0.25:1 throw ratio. It puts out a 3,000 ANSI Lumens image with 4K resolution and is compatible with HDR10. At that brightness, it should be viewable with most indoor conditions, especially if you have an ALR (ambient-light-rejecting) screen. It also supports Optoma’s SmartFIT technology for automatic geometry correction that makes it easy to properly align your projection with your projector screen using your smartphone.

Like many new UST projectors, Optoma is packing in a high-quality soundbar into the projector, supporting Dolby Digital 2.0 and backed by 40W of power. It’s designed by Optoma’s NuForce team, which in my experience knows a thing or two about sound quality; chances are the average user wouldn’t need a separate sound system (though people who buy projectors aren’t typically ‘average users’).

Like Optoma’s UHL55 I reviewed earlier this year, the P1 supports commands via Amazon Alexa or the Google Assistant, allowing you to change the volume, turn the projector on and off, change inputs, control playback, and more. The projector runs on Android, and you can access Netflix, Hulu and Prime Video through the Otoma Marketplace. This isn’t Android TV, however,  and the apps are limited to 480p.

You’ll almost certainly want to feed the projector with proper dedicated streaming hardware, which you can do via one of the three HDMI 2.0 ports. The unit supports HDMI-ARC(not the newer, more convenient eARC standard), and also packs a USB port, optical out, 3.5mm out, and Ethernet ports.

It’s a compelling package and though $3,300 sounds like a lot, it’s fairly reasonable for the category. For comparison, you can get VAVA’s 4K Projector for $2,549, but though I liked the projector in my review, VAVA is a relatively new entry into the field with an unproven track record. Meanwhile, LG’s HU85LA will cost you $5,999. And you certainly aren’t going to find a 120-inch TV for that kind of money.

If the  P1 tickles your fancy, you can pre-order one from Amazon now; Optoma says units will begin shipping next week.