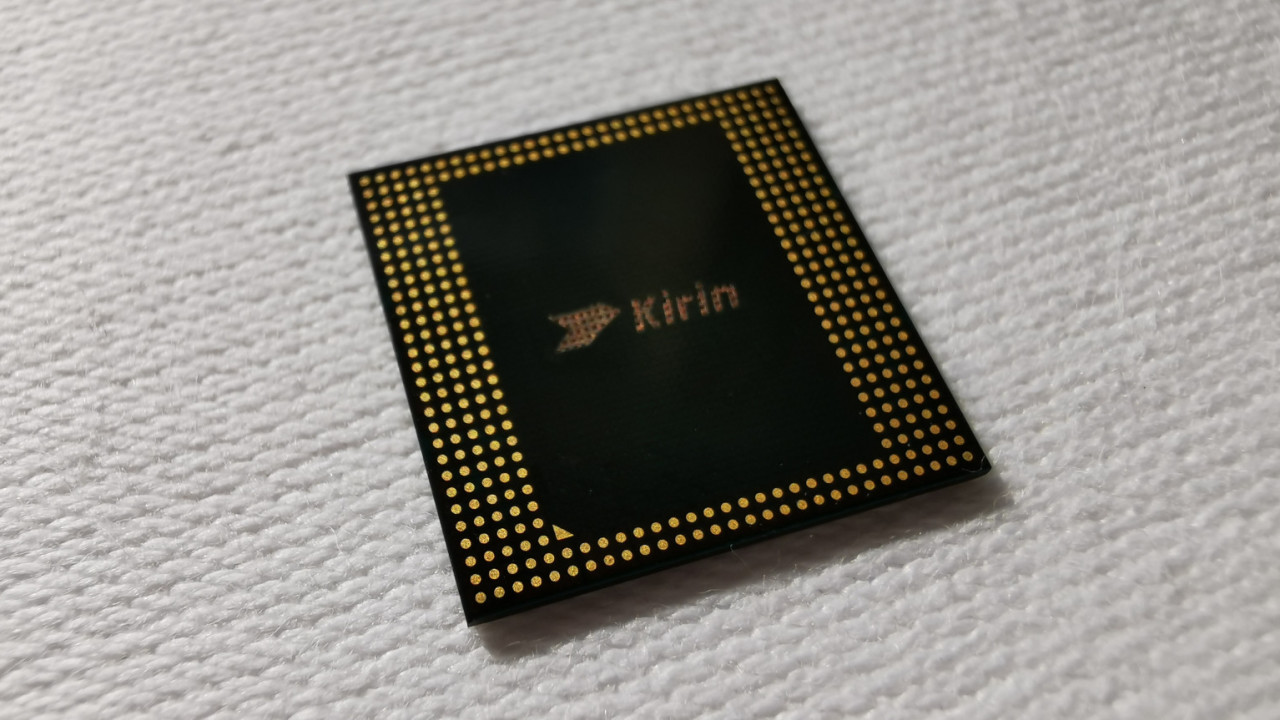 As Android manufacturers go, Huawei is a bit of an oddity as it produces its own silicon, rather than farming it out to a third-party like Qualcomm or MediaTek. Their latest is the octa-core Kirin 990 5G, which will power the company’s upcoming handsets.

At a briefing during Berlin’s IFA tech conference, TNW got a closer look at Huawei’s latest platform, which represents a significant step-change over the previous version. Battery life, as well as data, video, and camera performance all see major upgrades.

Perhaps the most important thing to note about the Kirin 990 5G chipset is that it incorporates the platform and 5G modem on the same die. That’s a major divergence from current 5G-enabled handsets, which typically include them as separate components. Huawei says that the Kirin 990 5G is 36 percent smaller than using both components separately.

The Kirin 990 5G uses a 7nm Plus EUV lithography process and includes over 10.3 billion transistors. This, as well as several AI-powered enhancements, means that the chipset is relatively energy efficient. A company representative says that this is equivalent in power consumption to a contemporary 4G-enabled platform. That’s pretty impressive, given the maturity of 4G technology.

End users, however, are more likely to notice the performance benefits when using data-intensive tasks. The platform uses machine learning to estimate what channel to use when transmitting and receiving over 5G.

Furthermore, when a device has a weak 5G signal, it uses the separate 4G modem in tandem, allowing it to effectively duplex the two.

This, Huawei says, results in performance that’s 5.8 times as fast as its rivals when in adverse conditions.

Even before the P20 Pro, Huawei has incorporated AI into its silicon lineup. The Kirin 990 5G is no exception, and the company has learned from previous models to introduce several performance and feature enhancements.

The latest chipset now offers native support for 90 percent of most common neural network technologies. AI and ML tasks are execute 4.76 times faster than the Kirin 970, which featured on the formidable Huawei P20 Pro and Honor 10. They’re also less taxing in terms of battery life. Simple AI use-cases, like recognizing faces in a photo, use 24 times less power.

Huawei was eager to contrast the Kirin 990 5G with its immediate rival, the Qualcomm Snapdragon 855, which features on devices like the OPPO Reno and the OnePlus 7. According to the company, it offers 10 percent faster single-core performance, while multi-core tasks execute nine percent more quickly.

Of course, these are figures that we haven’t independently verified, so bear that in mind. The proof, as always, is in the pudding.

Similarly, the GPU on the Kirin 990 5G has received some attention. The number of GPU cores is increased from 10 to 16, which Huawei says will result in 6 percent improved performance when using graphically intensive applications, as well as 20 percent improved battery life. That’s a bit of a plus, given the current renaissance in Android gaming, thanks to titles like Fortnite and PUBG mobile.

Of course, Huawei phones are known for their camera prowess. Part of this derives from the fact that the camera automatically adjusts its settings based on the context. The company’s flagships, for example, can identify when you’re taking a picture of a dog, and take that into consideration.

The Kirin 990 5G offers a further improvement on the previous versions. It includes a brand new image signal processor (ISP), which offers a reduction in camera noise of 30 percent, which will produce sharper images with finer details. Video noise has similarly been reduced by 20 percent.

You can expect to see the Kirin 990 5G appear on the upcoming Huawei Mate 30 Pro, which will be unveiled later this month at an event in Munich. It’s also rumored to appear on a reworked version of the Huawei Mate X foldable phone – although that hasn’t been formally confirmed yet.