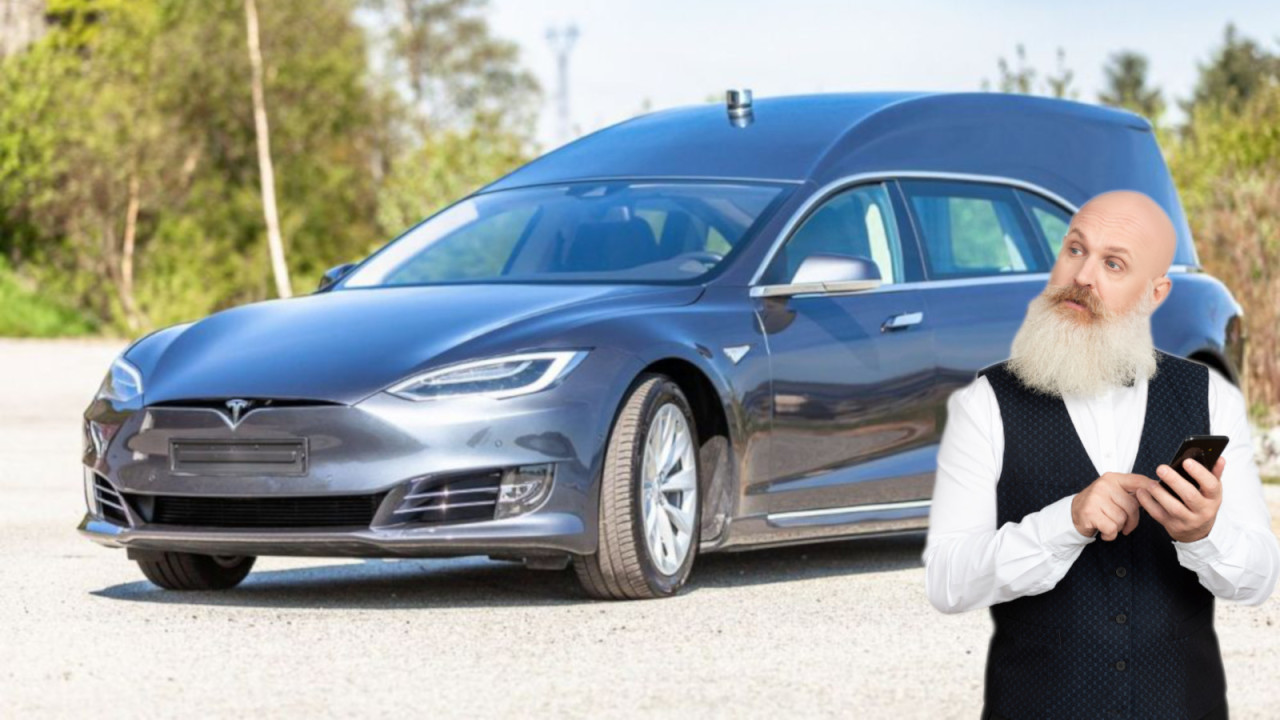 Are you worried about the carbon dioxide that’ll be released if you get cremated? Well, worry no more, because this ‘Frankensteined’ Tesla Model S hearse could be yours for $200,000.

The eco-friendly car was created in 2016 after a funeral transport firm, Vander der Lans & Busscher BV based in the Netherlands, commissioned a Tesla Model S to be turned into a hearse so that it could offer zero emmision funeral transport, obviously. Well now, just three years later, it’s up for sale on Norwegian used car site Finn for Kr 1,999,000 ($207,000), Eletrek reports.

According to the listing, the hearse has done less than 1,000 km. That’s probably less than five full charge cycles of the car’s batteries. So it’s safe to assume they’re probably in better health than most of the car’s passengers. 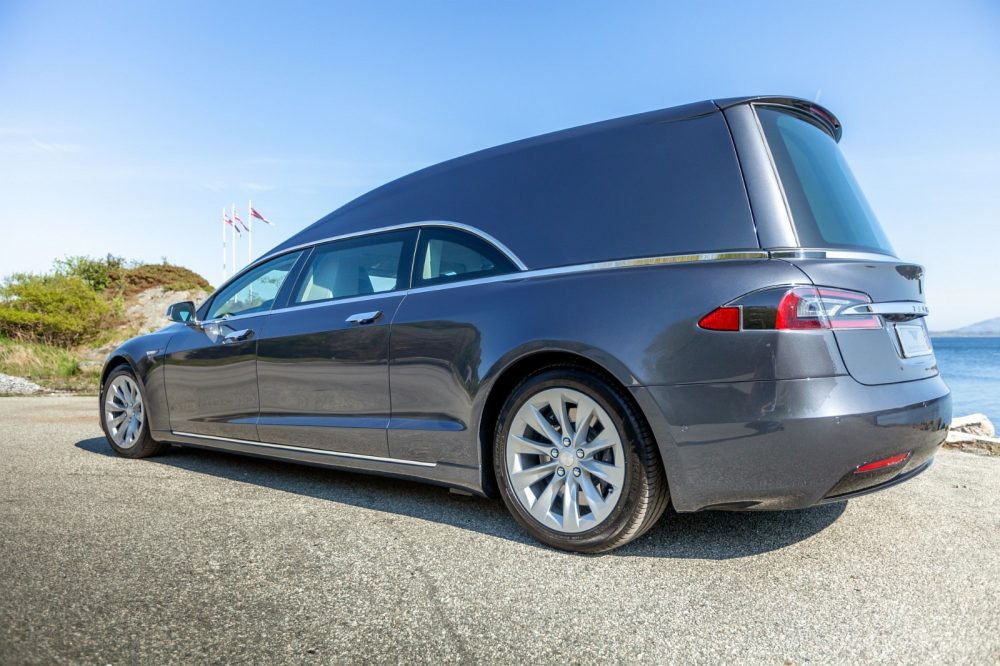 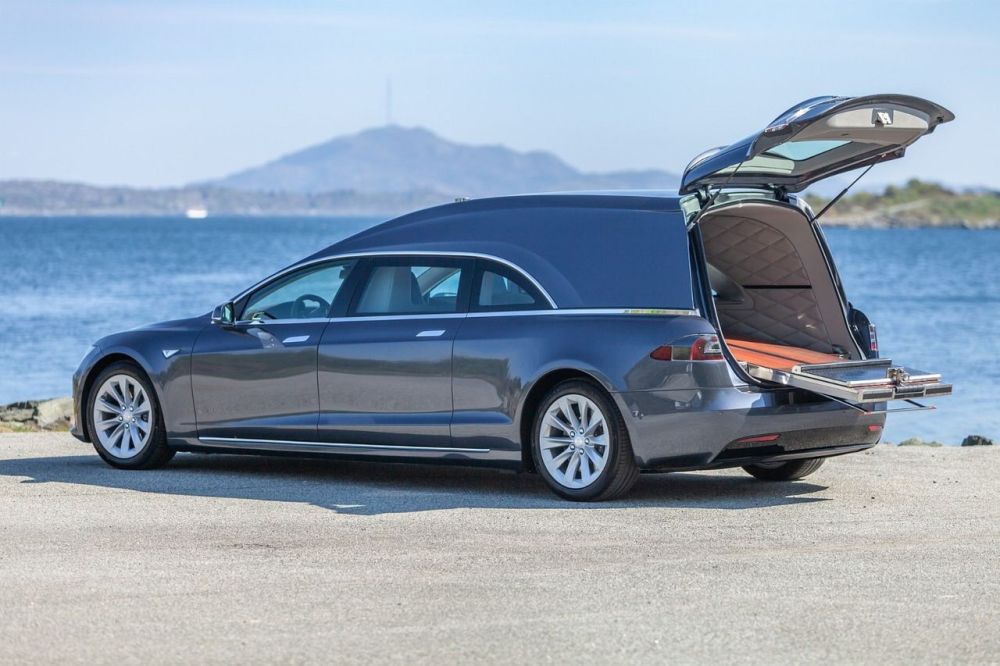 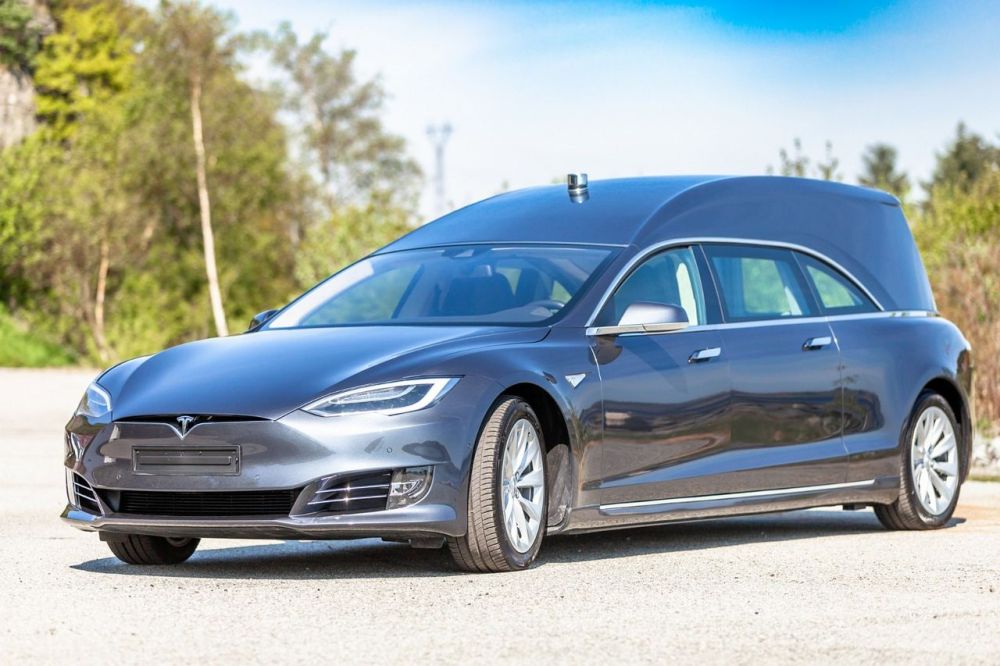 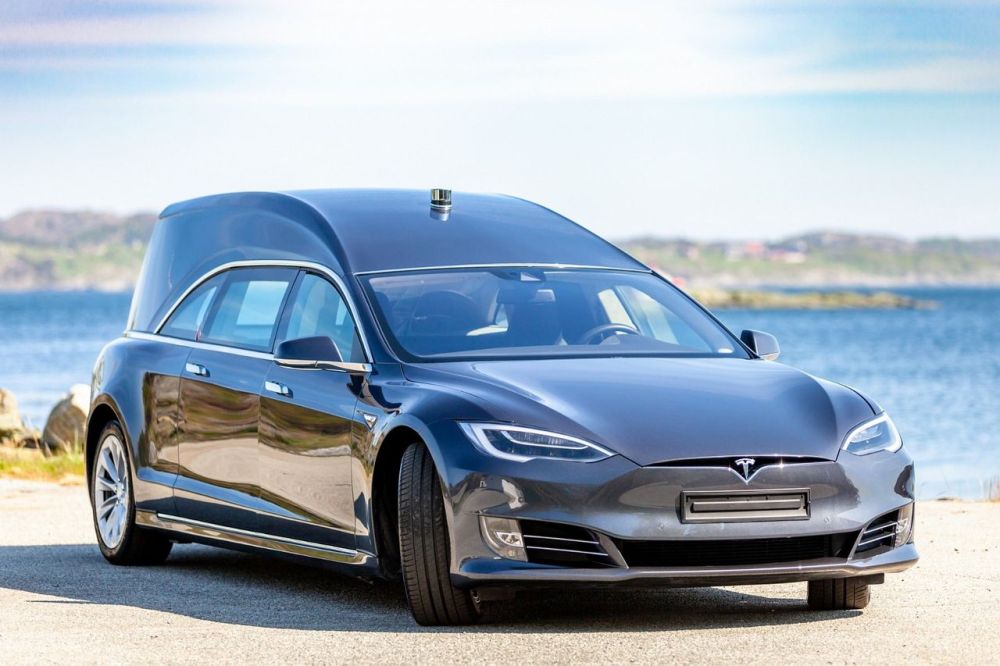 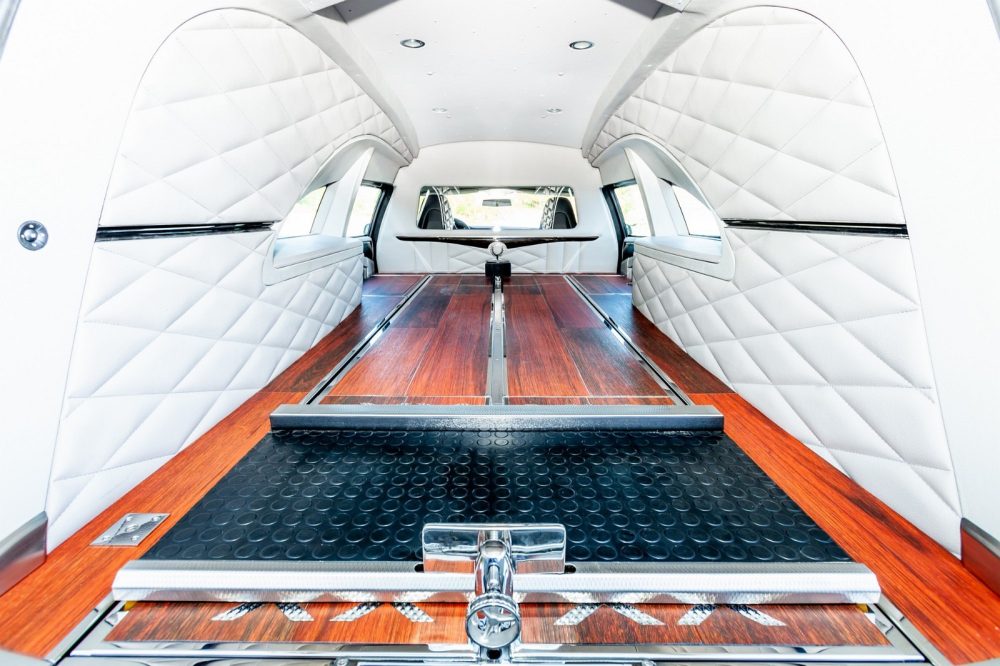 But in all seriousness, it’s a well kitted out machine. RemetzCar, the company that created the frankensteined monster did so by removing the battery pack, cutting the car in half, and extending the floor pan by nearly a meter, before refitting the batteries and stitching it all back together, rather neatly too.

Take a look at how the company pulled it off in the video below.

Sure, it’s not the prettiest of cars, but it is friendly to the environment. So now you can offset some carbon dioxide released from your cremation if you use this Tesla as your final mode of transport.

It’s not the first, and probably not the last, time enterprising and creative individuals have used Tesla’s as a base to create new, low emission vehicles.

Earlier this year, people had their long-running wishes of a Tesla pickup truck answered – sort of – when inventor Simone Giertz took it upon herself to make one. Along with a group of friends, the inventor cut up and modifed a new Model 3 to create the ‘Truckla,’ a zero-emmision, open back, drop-tail pickup, powered purely by electricity.