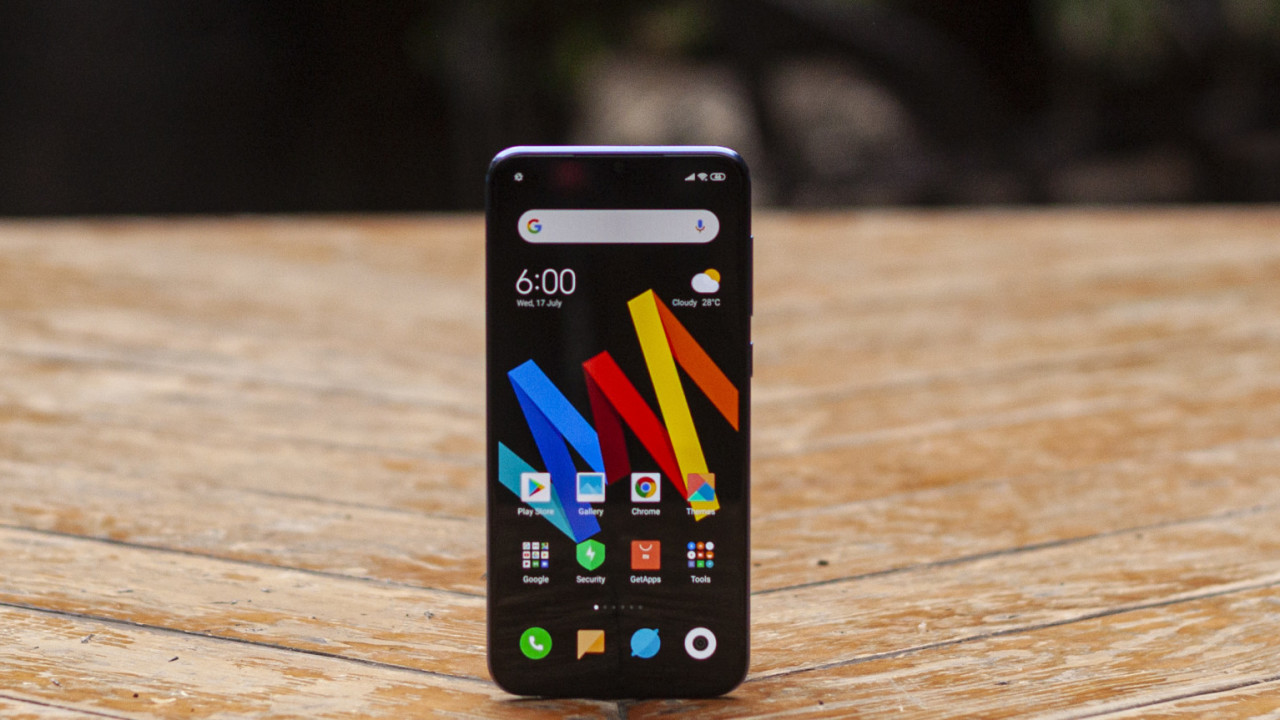 Over the past few years, I’ve been bouncing from one smartphone review unit to another, so I haven’t bought myself something that I really want. As such, I’ve mostly been stuck with some of the largest handsets on the market, even though I’ve been hankering for something compact.

Xiaomi’s Mi 9 SE isn’t the smallest phone on the market (can we get more iPhone SE-sized devices please?), but it does fit more easily in your pocket and your palm than most other phones launched in the past couple of years.

It’s also well priced at just $300, boasts a plethora of imaging options for shutterbugs, and includes pretty decent hardware. I spent the last few weeks with it; let me walk through what you get in this small-ish handset for your money.

Shaving off those few millimeters actually helps a great deal when it comes to making this phone easy to use with one hand: I rarely had issues swipe-typing or reaching menu buttons at the top or bottom of the screen. It’s also more comfortable to grip for calls and browsing, and that’s helped even further by its relatively low weight of 155g.

Besides that, this is a pretty nicely built device – it features a teardrop camera cutout on the center of the screen’s top border, and a glass back. The handset I received for review has a beautiful ‘Ocean Blue’ finish, with a color-shifting effect when light hits the back at different angles. You can also get it in ‘Lavender Violet’ and ‘Piano Black.’

There’s a lot to like about the Mi 9 SE besides its size. You get a sharp and vibrant AMOLED display, which manages inky blacks (as with other OLED screens), 430 nits at full brightness, and HDR. It looks great, and is fairly readable in daylight.

There’s an IR blaster with a capable companion app to control your TV, speakers, and other appliances. As far as I know, Xiaomi is one of the only companies to still include this in 2019, and I applaud it for doing so. It’s nice to have a universal remote that’s as easy to keep track of as your phone, and the app is simple to set up and use.

You also get moderately quick 18W charging over USB-C (it takes a couple of hours to fill the battery), dual-SIM support, and NFC for payments and quick pairing with other gadgets. The in-display fingerprint sensor is serviceable, but not as fast as that on OnePlus’ phones. There’s also a snappy face recognition feature, which I found myself using more often than the fingerprint reader.

The sound from the mono bottom-mounted speaker is decent, and loud enough for watching videos or playing games in a quiet room. I would’ve liked a headphone jack, though.

This handset came with Android Pie out of the box, with Xiaomi’s new MIUI 10 skin layered on top. It’s certainly comprehensive in terms of the tools it offers. There’s a fairly customizable launcher with a shelf for notes and shortcuts, a theme engine and store, a feature-packed image gallery, a screen recorder, and a neatly organized Settings menu.

However, Xiaomi’s been increasingly packing ads, bloatware, and shortcuts to content from partners into its OS. You’ll likely find yourself switching notifications off for a bunch of apps from the company, including Mi Video, the Cleaner tool, and the ‘Apps’ store. If you prefer a cleaner experience – and want to hide app icons from the home screen – you’ll have to install a third-party launcher (I swear by Nova Launcher).

The Mi 9 SE is armed with a 2.3Ghz Snapdragon 712 chipset, 6GB of RAM, an Adreno 616 GPU, and up to 128GB of storage, which puts it at the top of the mid-range phone segment, in terms of hardware. This package allows for smooth performance across most social, productivity, navigation, and media apps, and you should have no problem getting through all your mobile tasks without ever seeing a second of lag.

That said, the phone did stumble a fair bit when I fired up the camera. The app itself takes a second to load, as it did when I switched between modes. It’s also slow to process ultra-wide photos and pictures with Xiaomi’s bevy of effects.

As for games, most titles ran smoothly with no hiccups, including Asphalt 9 and Shadow Fight 3. However, certain graphics-intensive games proved to be more taxing: Fortnite wouldn’t let me push the settings past ‘medium’ quality graphics.

Overall, the Mi 9 SE is no slouch, and it comfortably got me through a day of use, which included navigating with Google Maps, shooting photos, browsing, gaming, replying to email, and watching videos. I do wish it charged quicker so I could just juice it up in an hour like top-shelf models from Huawei, Vivo, and OnePlus, but that’s a minor gripe given its price point.

With three lenses and a ton of software imaging features, the Mi 9 SE is a versatile shooter. The standard lens has a wide f/1.75 aperture, and snaps pretty decent shots with a good amount of detail and fairly accurate colors under most conditions. Portrait mode works alright and allows for plenty of depth of field with customizable bokeh shapes – but it’s easily baffled by curly hair, and that results in iffy separation between the subject and background (click here for full-resolution images on Flickr). 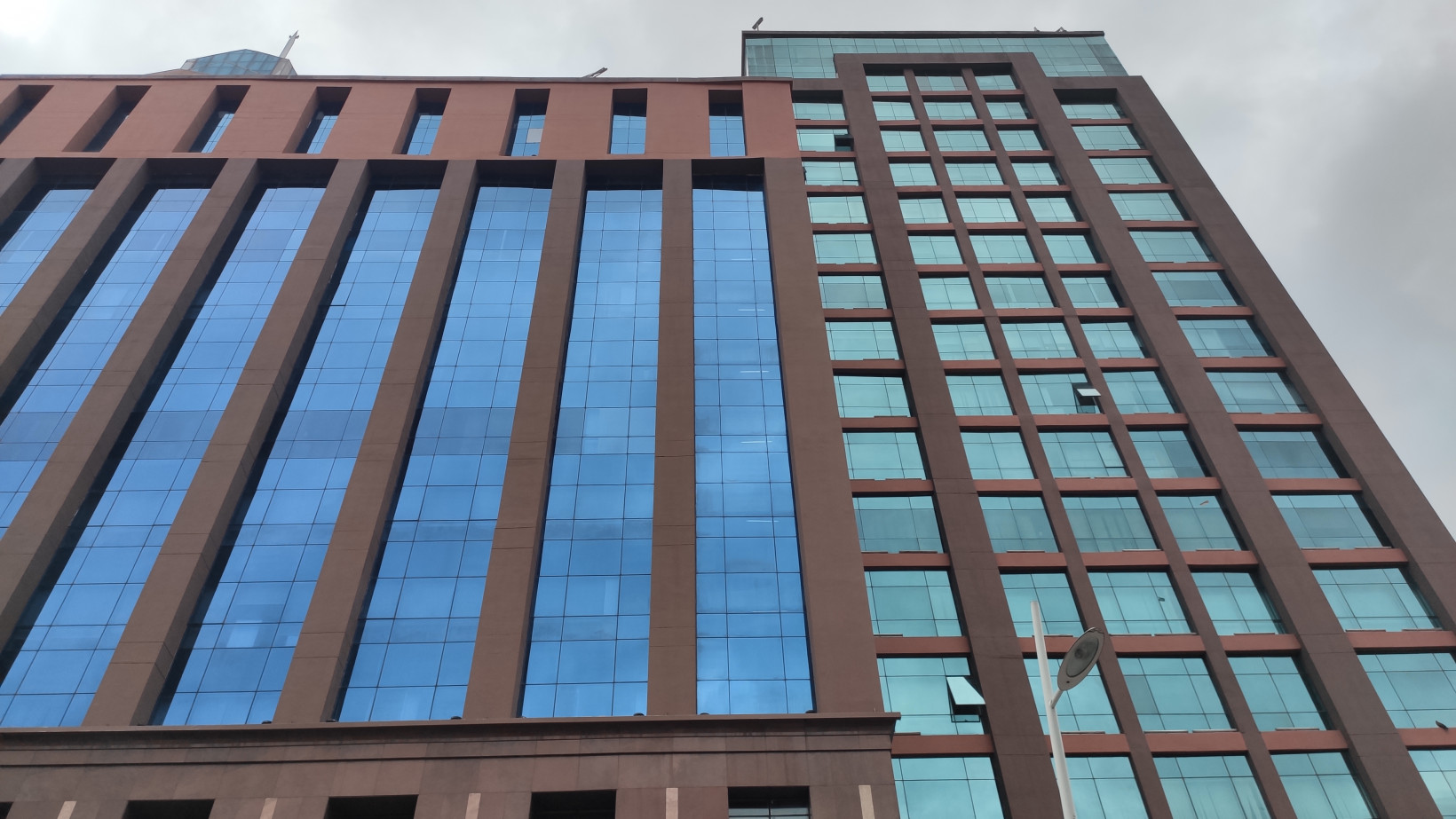 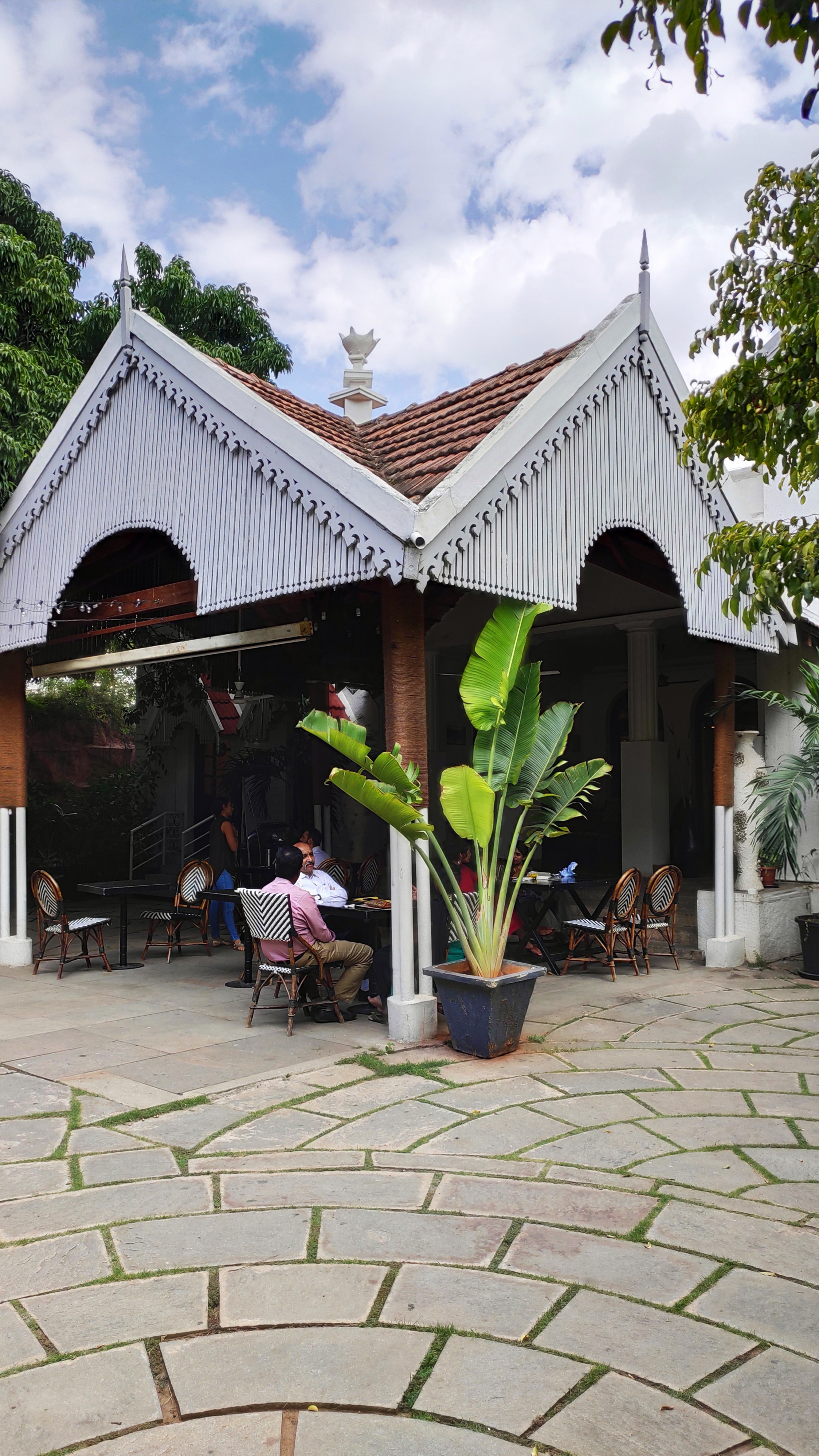 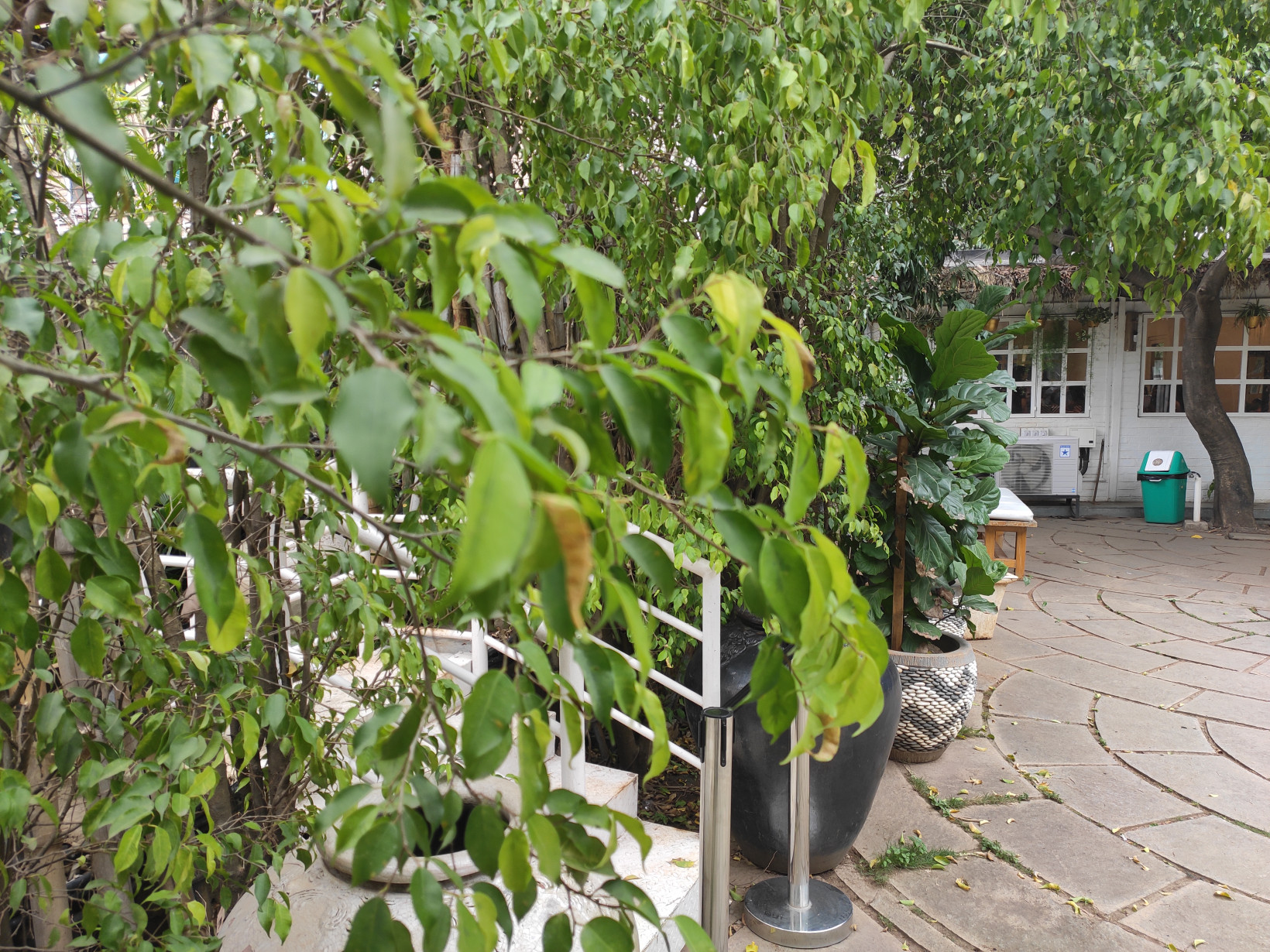 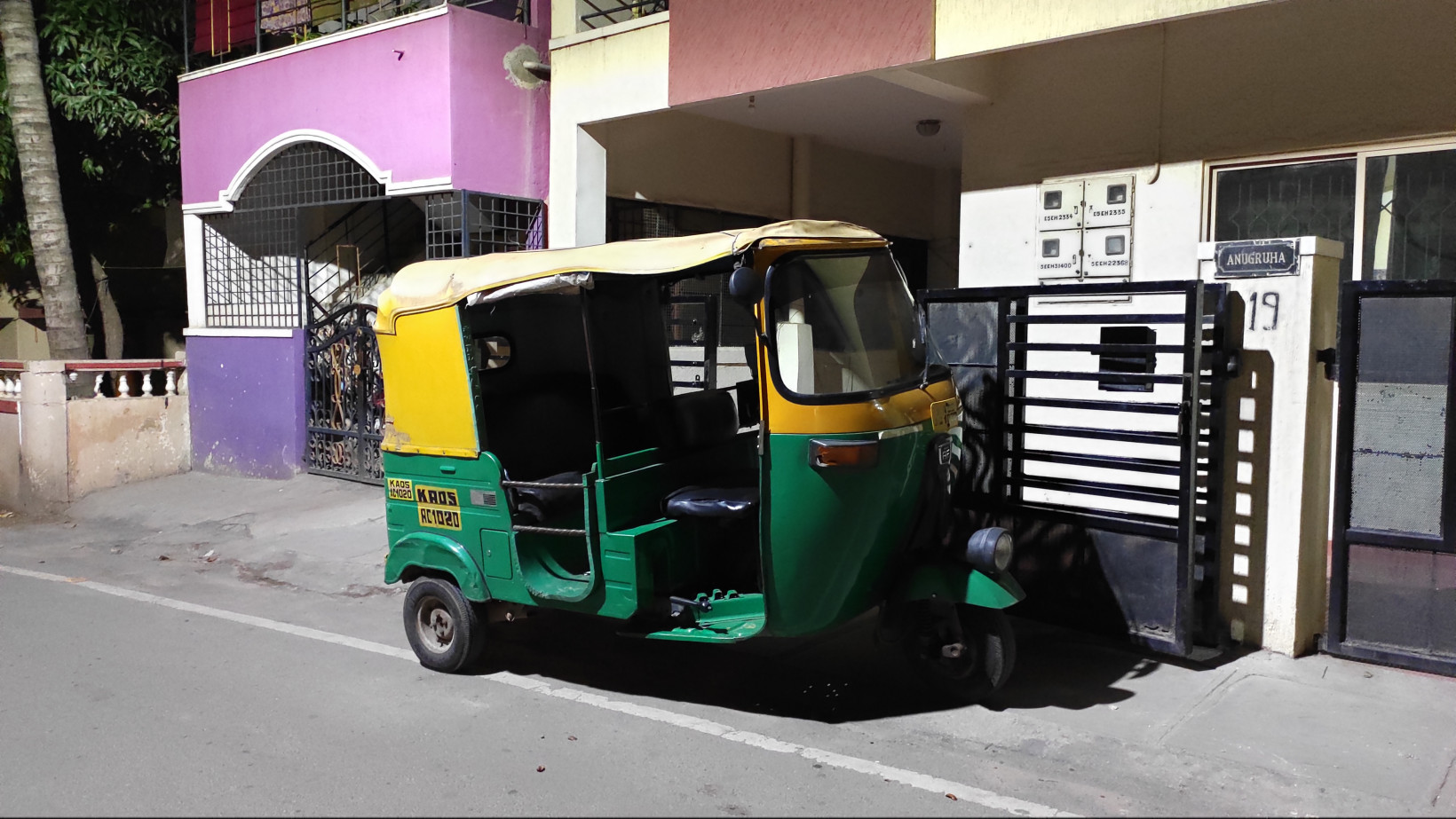 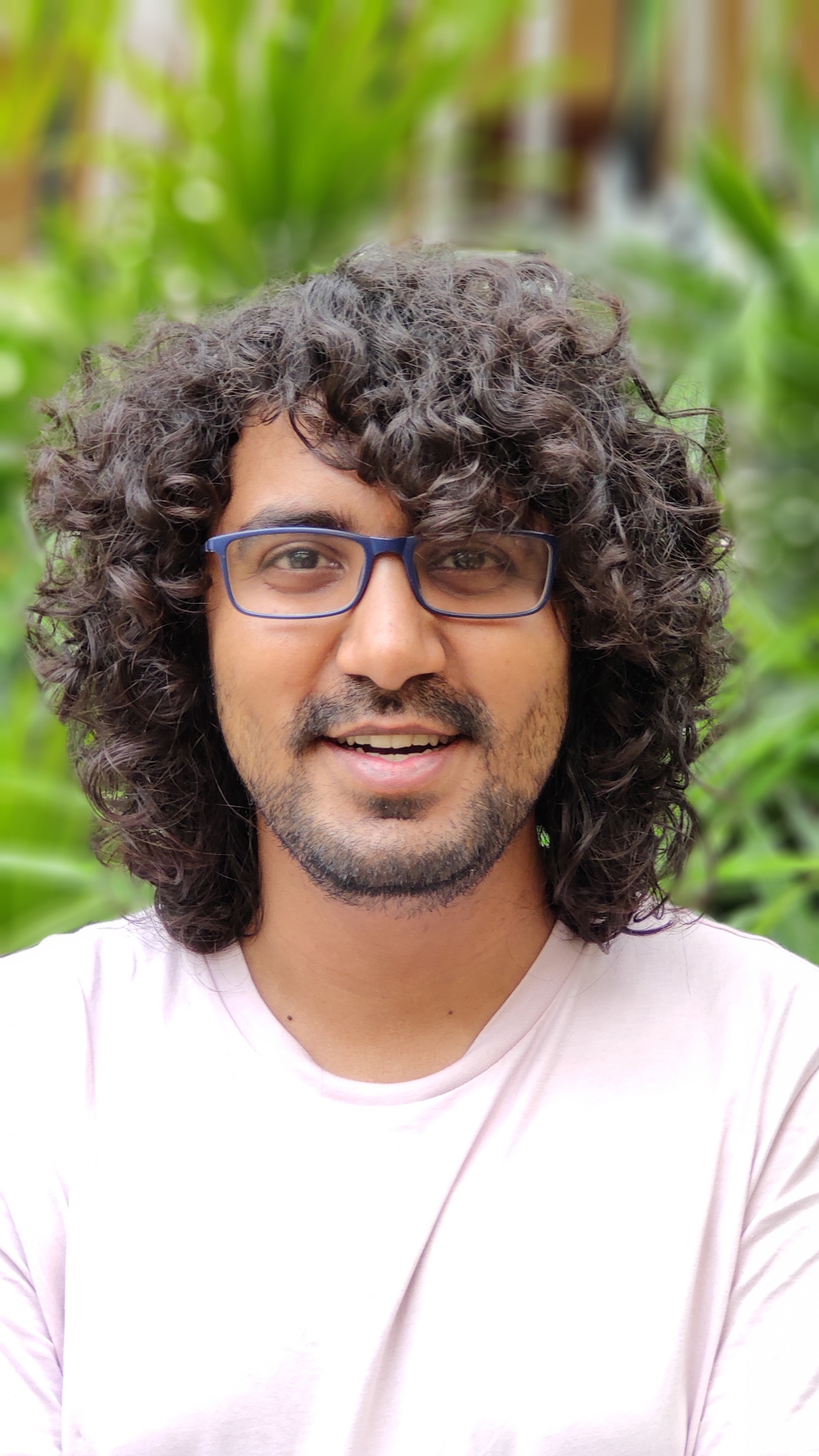 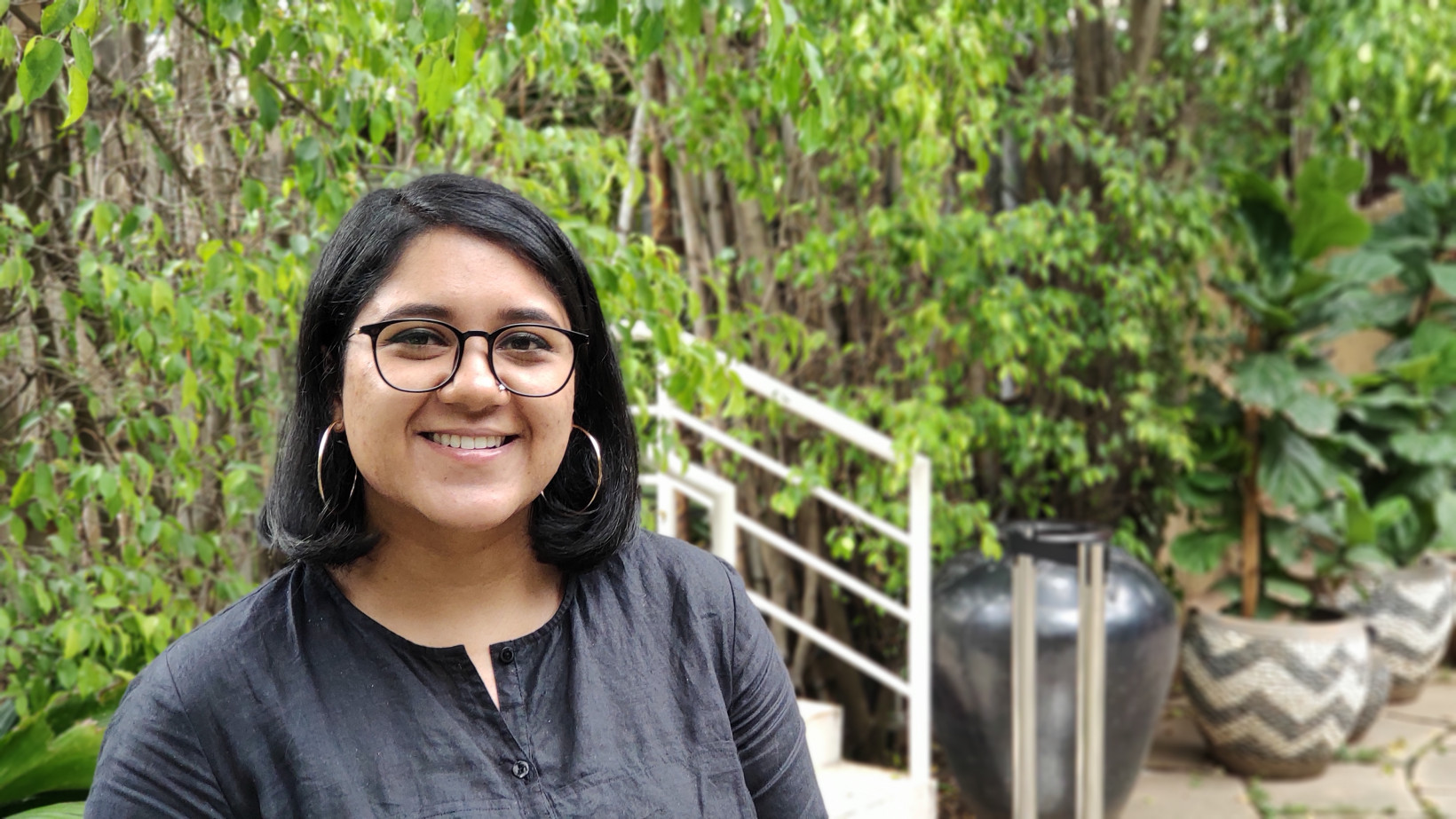 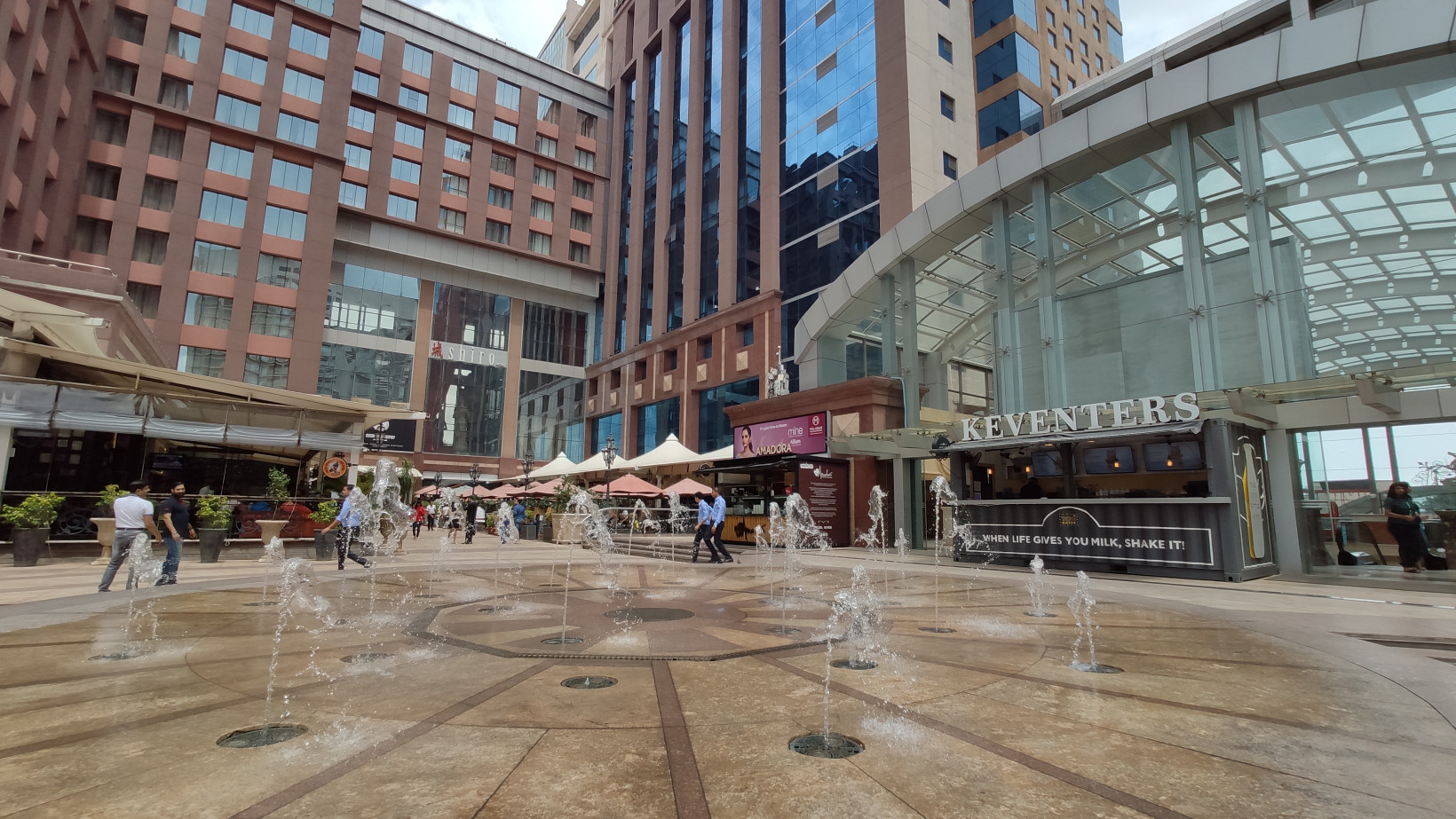 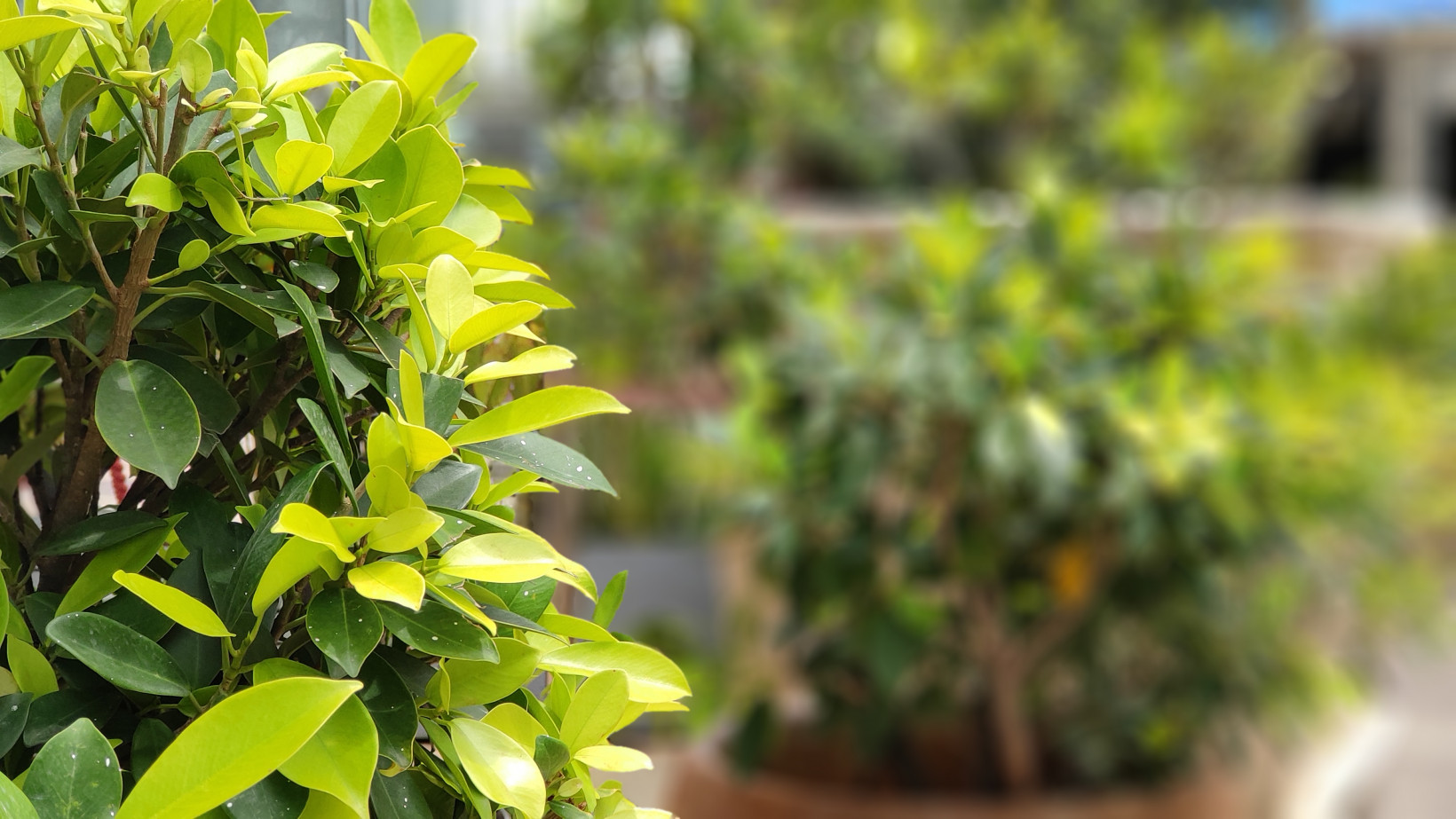 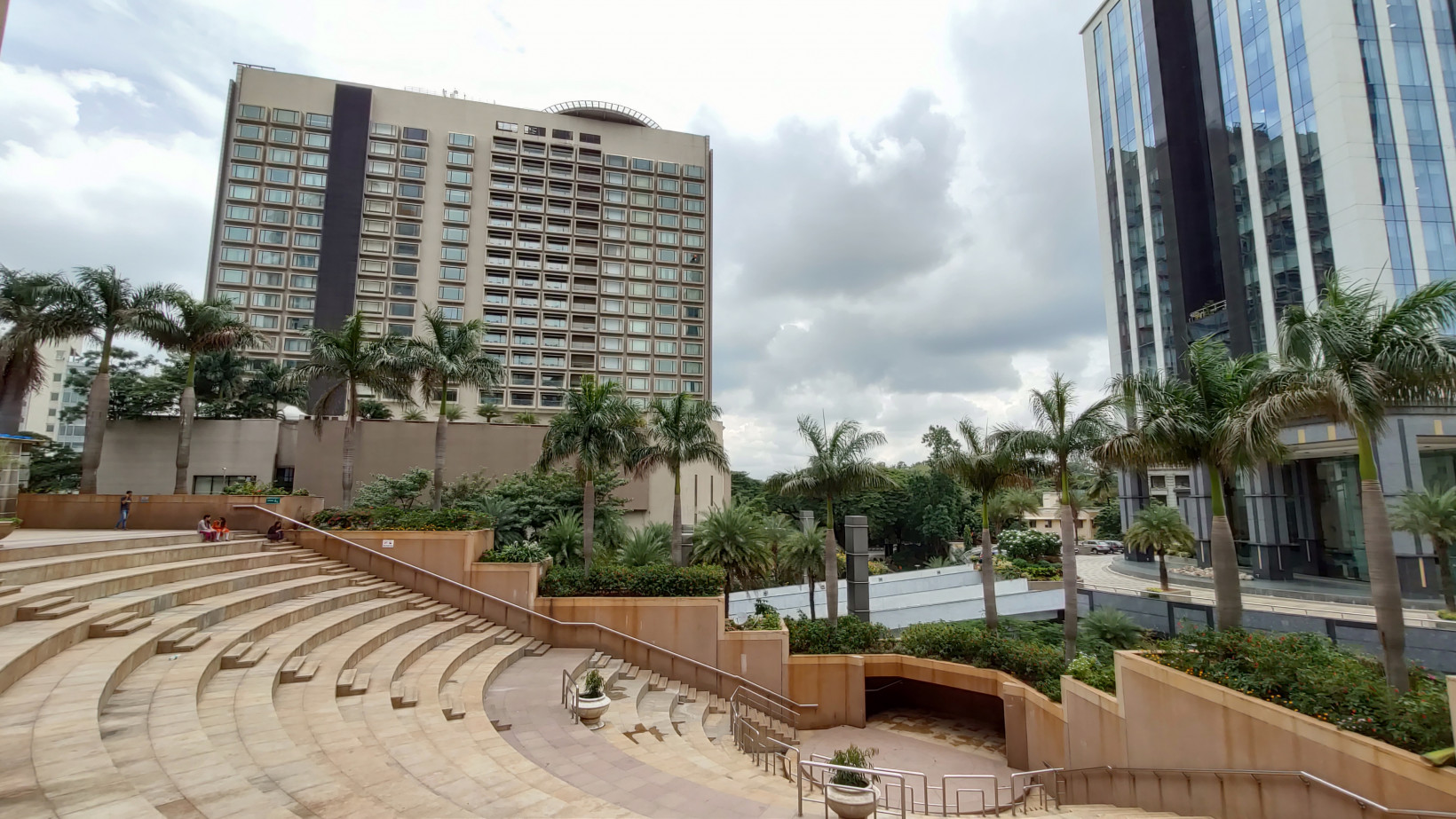 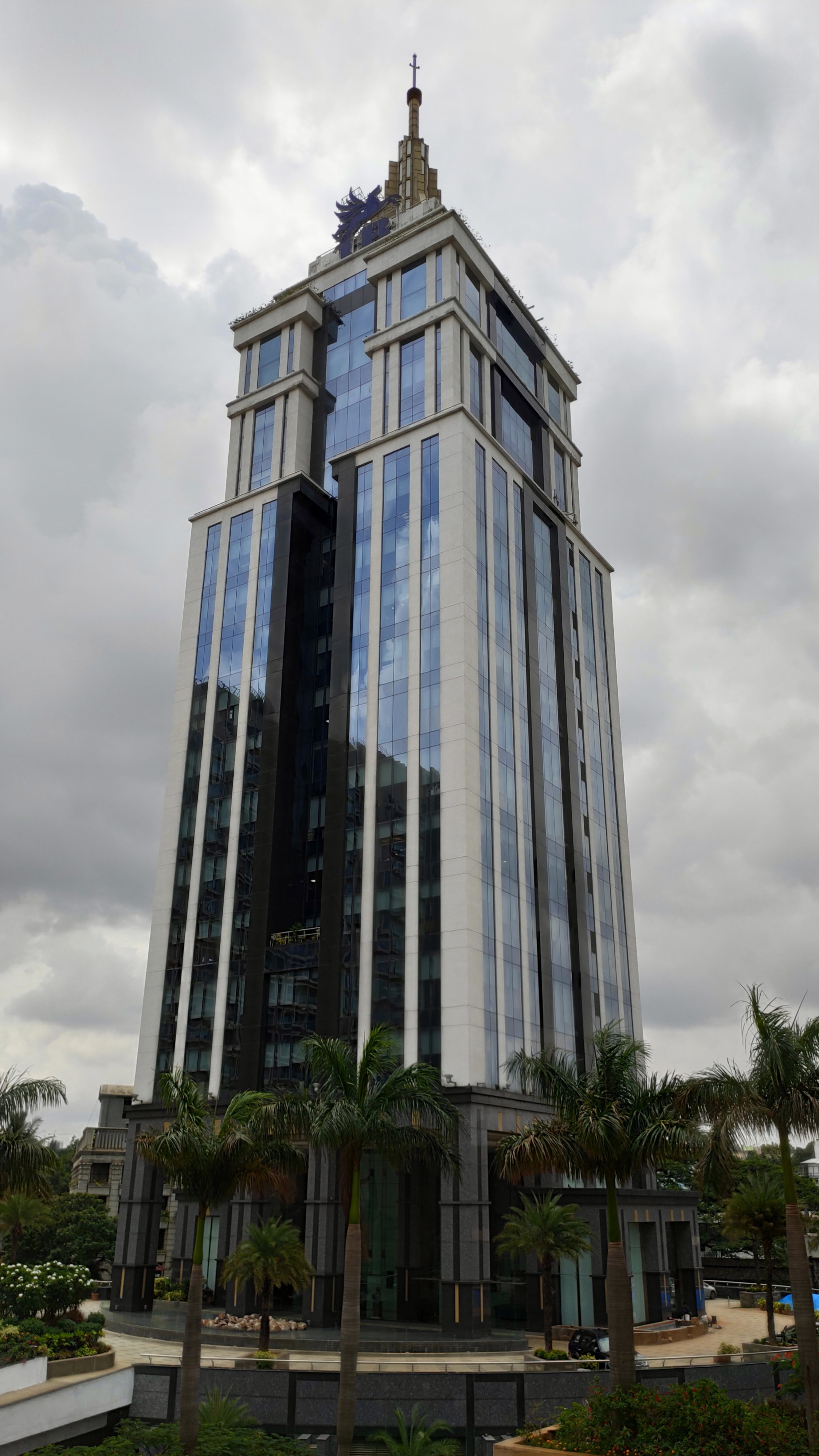 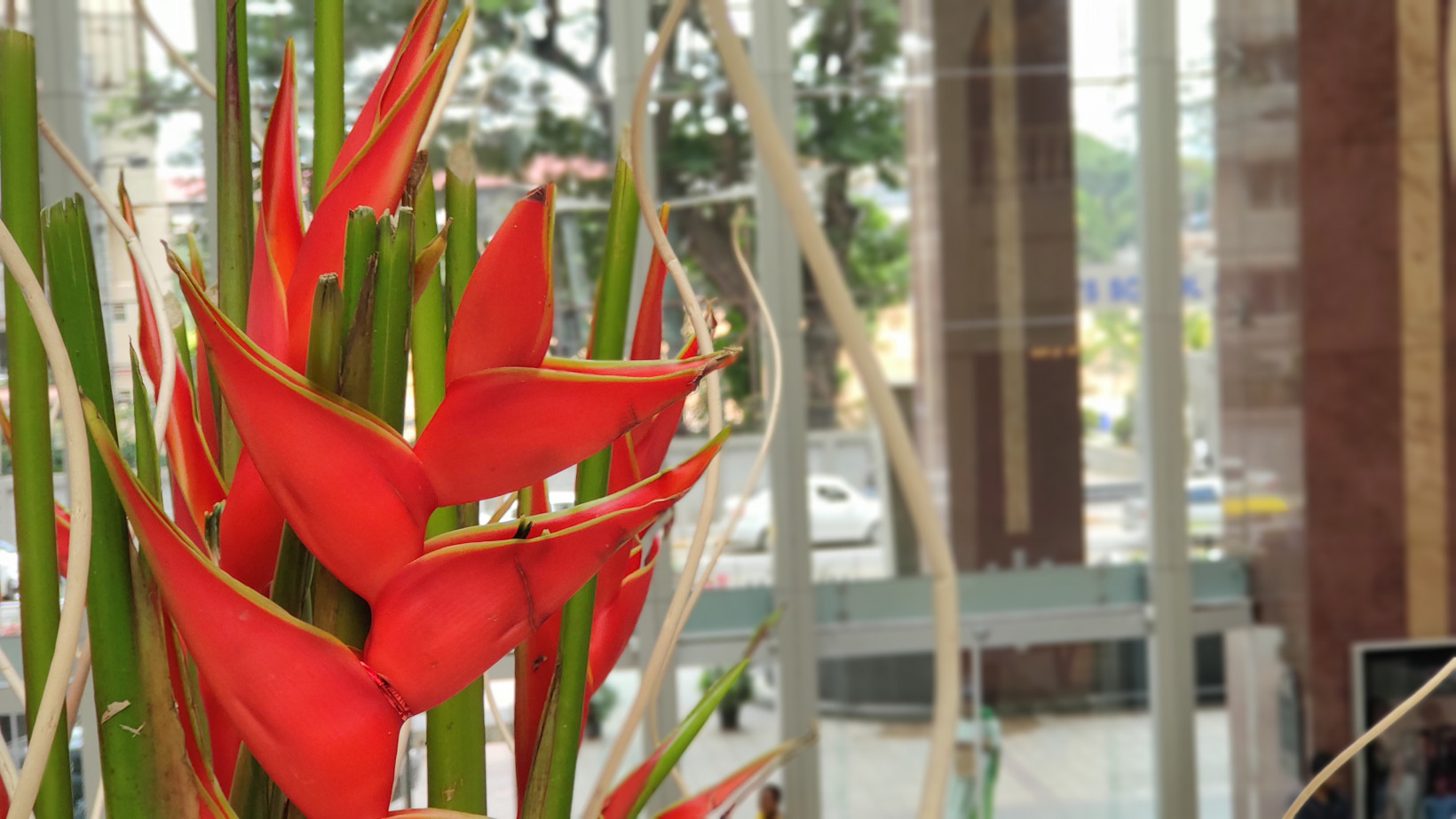 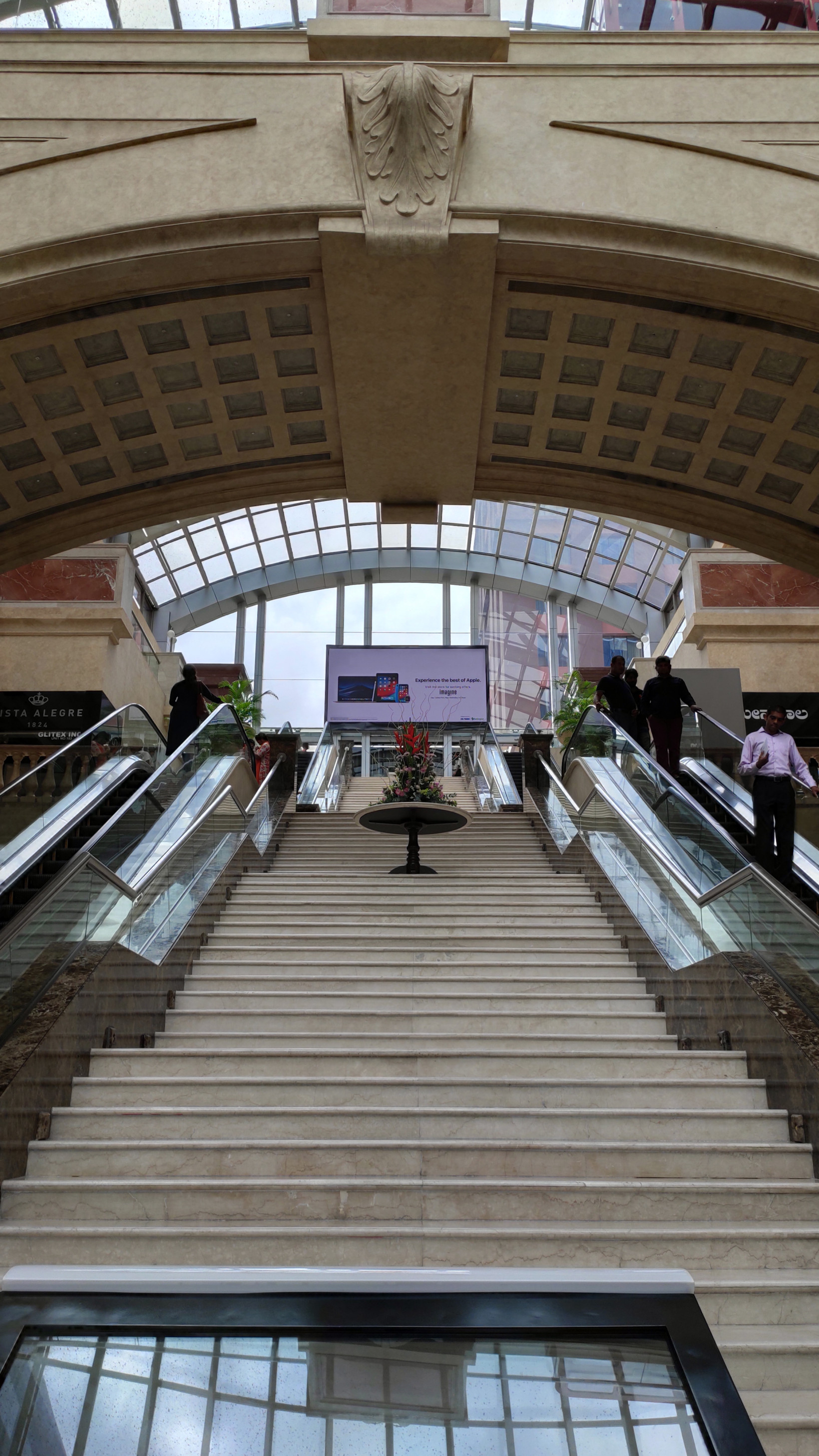 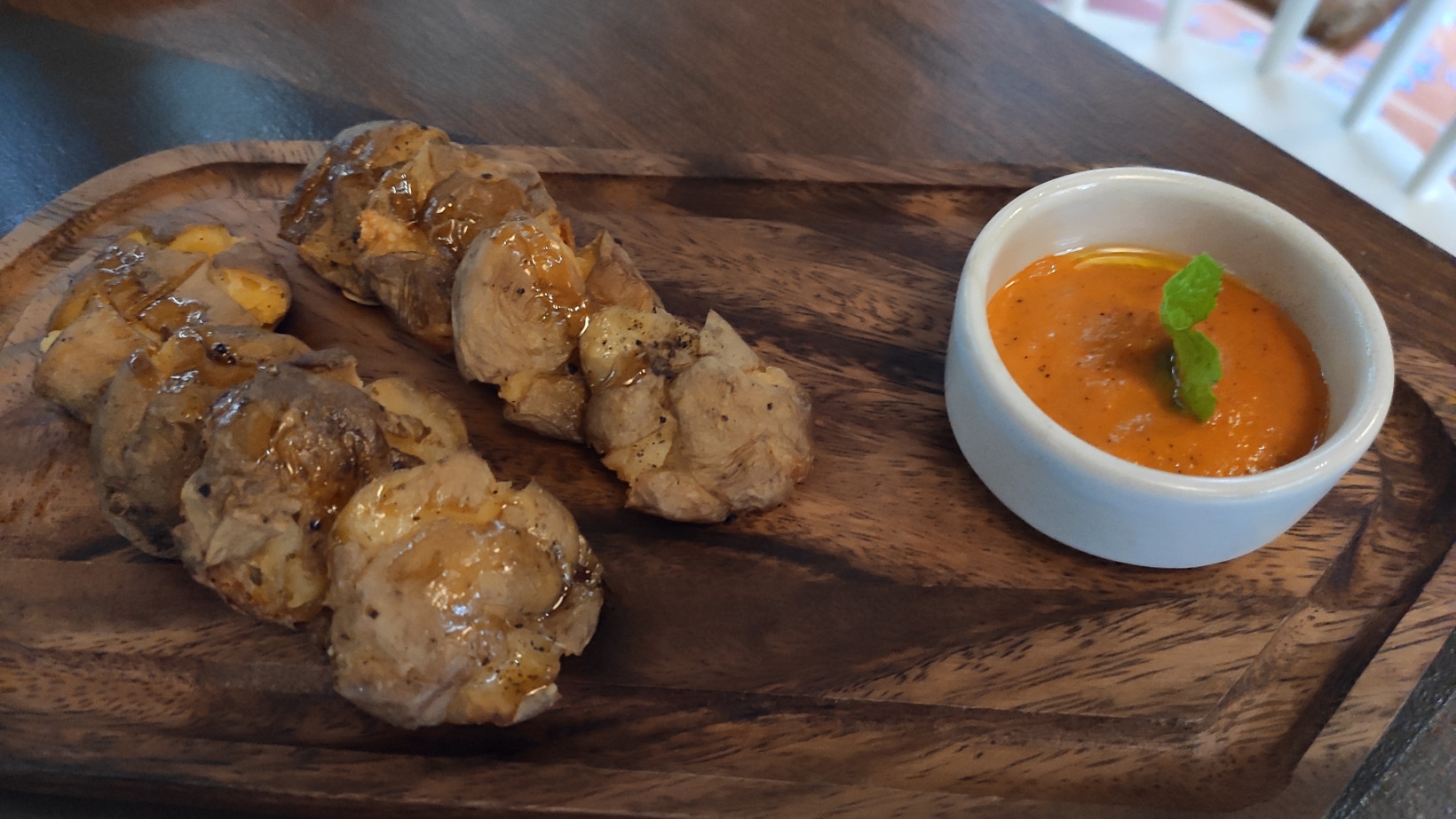 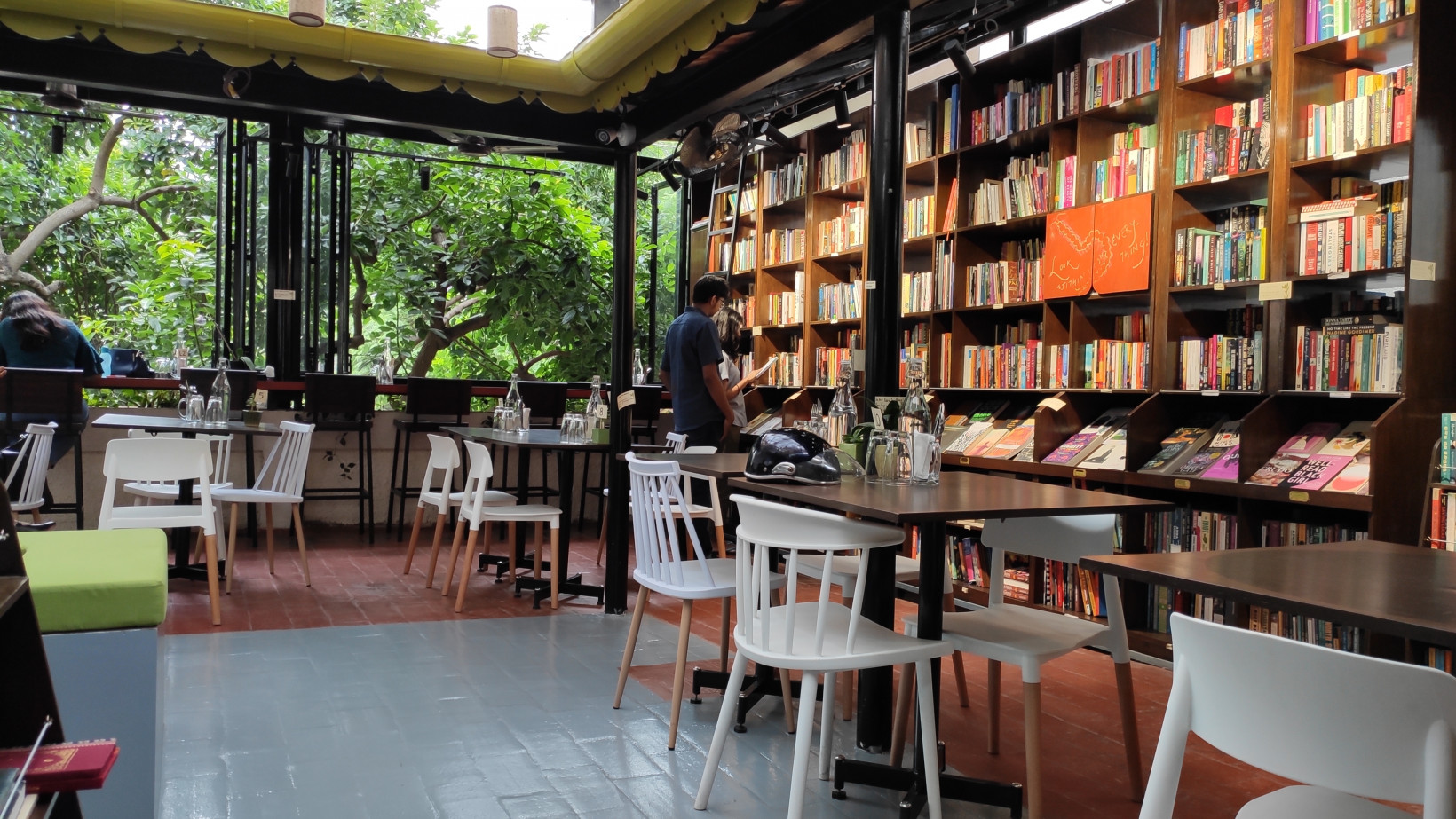 It’s set to shoot at 9 megapixels by default, but you can switch to 48 megapixels to capture more detail. This is handy if you want more options for the final image you choose to print or share online: with a large 48-megapixel image (that works out to 8,000 x 6,000 pixels), you can crop into a portion of it and still get a usable result, without much of that grainy ‘zoomed-in’ look.

Just don’t expect vastly superior image quality when comparing the same photograph shot in 9- and 48-megapixel modes on your phone. Switching to the latter doesn’t magically improve image quality, lighting, or colors. I can see this coming in handy when you’re shooting monuments and landscapes, and might want to recompose your shot later on. Just remember that you won’t be able to use HDR while in 48-megapixel mode.

The f/2.4 ultra-wide lets you capture a wider frame – up to 123 degrees, and that’s handy for vast outdoor expanses and tall buildings. The software does a neat job of correcting lens distortion, so your pictures don’t have that fish-eye bulge.

You also get 2x optical zoom, thanks to the 8-megapixel f/2.4 telephoto lens. This works well enough if you simply can’t move closer to your subject, but image fidelity suffers a bit when compared to the default lens.

You can shoot 4K video at 30fps, and even slo-mo videos at up to 960fps at 720p – but you’ll want to use a tripod and invest some time in color grading for good results. Selfies from the 20-megapixel front camera turn out bright and clear, and I was glad to see they weren’t splotchy like on budget phones from the past couple of years.

Overall, The Mi 9 SE’s camera hardware is pretty good, and arguably better than what you can get on most phones under $500. However, it’s let down by buggy software which is a bit slow to process images before you move to your next shot, and the app sometimes failed to apply effects in special modes with iPhone-like Portrait Lighting. When they did work, the effects weren’t particularly pleasing, and looked like a poor imitation of Apple’s implementation.

If you’re tired of carrying around brick-sized phones and want enough power in your pocket to handle just about any app, this is a great choice. The Mi 9 SE packs plenty of features and commendable performance into a small-ish package, and is a bargain at its asking price.

Its software and imaging are solid – especially when compared to similarly priced phones – save for a few niggles. But those aren’t deal-breakers, so I’m happy to recommend this to folks looking for an easily pocketable phone that’s easy on your wallet.

There’s not a lot else that I like at this size: Google’s Pixel 3a is a decent contender, but it costs $100 more than what GearBest is charging for an unlocked 128GB Mi 9 SE, and the screen has large bezels that eat into the display’s viewable area.

Find Xiaomi’s Mi 9 SE at $299.99 for the 128GB model on GearBest; it’s also available in select countries worldwide; check out the company’s site for your country by starting here. In France, the 128GB model currently costs €369 ($407) while it’s on sale.