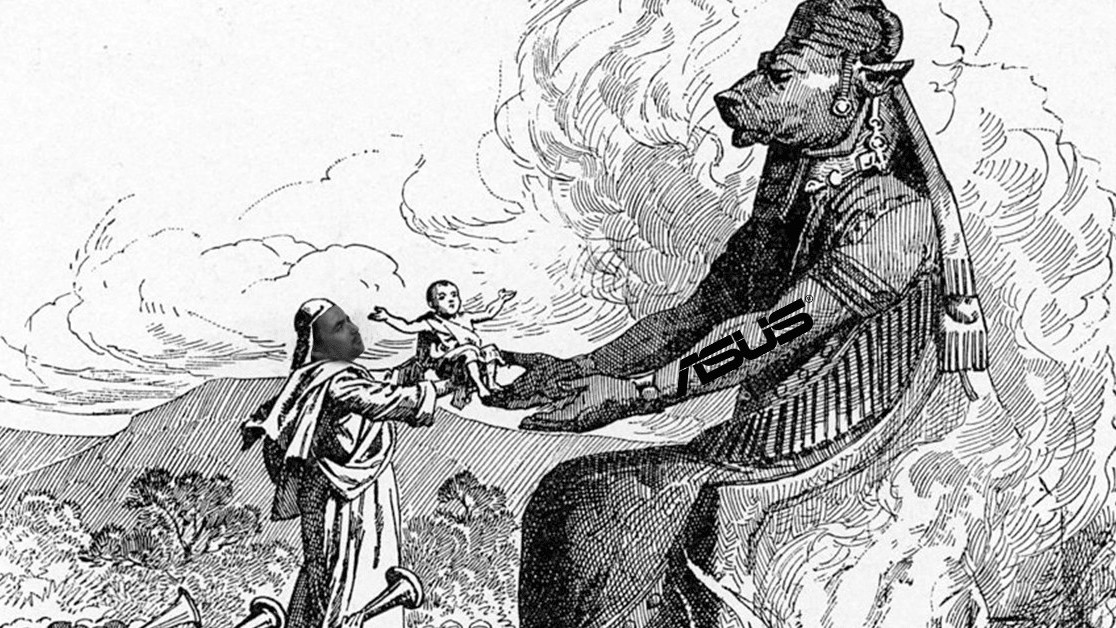 I’ve written about gaming phones before. Whether it was the unveiling of the Razer Phone 2, the Asus ROG Phone, or my review of the latter, there was something that always popped up: these are going to be niche devices.

In other words, they’re never gonna be popular.

So, considering two-million units of Asus‘ ROG Phone II was just pre-ordered in China (according to Android Police), I probably should eat my hat. Well, at least part of it. If I had a hat.

First off, the Asus ROG Phone 2?

As the name suggests, this is the second iteration of the, uh, Asus ROG Phone. I liked the first version of the device — which had incredible specs, but also a very specific ‘gamer‘ aesthetic. Thing is, although it costs as much flagships from Apple and Samsung, it just isn’t quite as… good.

This time round, the pile-of-empty-energy-drink-cans vibe hasn’t changed:

The specs though, have. As you’d expect from a souped-up phone designed for gamers, these are meatier than a BBQ convention. For example:

If you’re a stat-hound, you can find more info about the specs on Asus’ site — but the above should be enough for most of us to say “wow, that, Callum, is indeed beefy.”

So far, so similar — a souped-up phone at a comparable price to better devices

Indeed, but something interesting has happened in China. Basically, there are two versions of the ROG Phone 2. The standard version we’ve described above, and a customized Tencent model.

Now, if you don’t know Tencent, the Chinese organization is simultaneously the world’s biggest gaming company, one of the largest social media platforms, and up there with the most valuable businesses on the globe. They’re a big hitter.

The Tencent model of the ROG Phone 2 has slightly lower specs (128GB of storage and 8GB of RAM), but has one big thing going for it: price. It only costs around $500. Which is crazy low.

Currently, it’s unclear exactly how Asus‘ partnership with Tencent will function, but one can assume the Chinese company will be front-and-center on the phone. This means, in my mind, pre-installed apps and services. Basically, a funnel for Tencent to sell you shit to recover the money they spent subsidising the device.

How wrong were you about gaming phones then?

Well, my claim was they’d always be a niche device. Two million sales of the Tencent-sponsored ROG Phone 2 in 24 hours isn’t niche. That’s over a billion dollars of sales. In a day.

But I’m going to say the ROG Phone 2 only shifted this many units because $500-odd for a phone with those specs is an absolute steal. I’d wager the standard $900 ROG Phone 2 hasn’t sold anywhere near as many devices. So, if you look at this way, I’m half-right.

Still, if you’re going to get gaming phones to the masses, maybe the Asus/Tencent route is the way to do it: partner with a games provider, lower the initial handset cost, and recoup the money from sales.

So, Asus, sorry. Please accept my firstborn in atonement. I was wrong when I questioned the future of gaming phones. Not completely wrong, mind. Just a bit. Slightly incorrect. Right enough not to feel bad. So who’s the real winner?