With phones getting endlessly more powerful, it sometimes feel like a pointless arms race. Like, what do we need all that juice for? Faster scrolling on Instagram? 3D GIFS? Fucking Animoji?

Well, with its beefed up ROG phone, ASUS has an answer: gaming. Muscular mobiles should be for gaming.

I first covered Asus’ ROG phone over the Summer of 2018. Then, recently, I was lucky enough to get my hands on a review unit for a few weeks. While I was messing about with it, I was struck by something: yeah, a phone this powerful can play modern, 3D games easily, but how would it deal with a classic mobile game? How would it handle something like… Snake?

I have a feeling you’re going to tell me.

Fine, before then though, tell me about the ROG phone’s specs?

Of course, so can I get a hell yeah for…

If you want a full, in-depth breakdown of the specs, I’d suggest you salivate over this page. We’ve got other things to cover here.

I can tell you one thing for free though – this overpowered phone sure plays Snake well.

Wow, Snake! But, go on, tell me about how the ROG phone looks

That’s not to say the phone’s ugly, it just has a very, shall we say, specific sort of aesthetic. In certain ways, it’s actually a bit of a relief. These days, so many mobiles have this identikit black rectangle look that’s so boring I’m struggling to finish this sentence just thinking abou–

Sorry, I almost nodded off there.

While the ROG isn’t for everyone, it’s not ugly. Well, okay, it’s ugly, but it’s like of Hollywood ‘ugly’ – more interesting-looking than AVERT THINE EYES.

Still, it sure looks good when you’re playing Snake.

I love that game! What about the build quality?

It feels solid. There’s a decent weight to it (which isn’t an accurate measurement of quality, but is at least comforting) and everything feels well made. I can’t confirm how it handles constant wear and tear though, as I didn’t have it for long enough to accurately test that.

I did find the phone got quite hot after playing games on it, but, overall, it felt like a magnificent device to play Snake on.

So apart from these souped-up specs, what’s so special about the ROG phone?

Well, it has a range of peripherals, which are pretty snazzy. One of these (the TwinView Dock) turns the ROG phone into a DS-style, while another (called the Gamevice) kinda gives it a Nintendo Switch like feel. You can see what those look like here, but, unfortunately, my review unit didn’t include these.

What I did have though was the AeroActive Cooler:

Which kept my hands from getting to hot and sweaty while I was playing the fuck outta Snake.

Right, I think I get this now. Who’s this phone for?

Basically, anyone who loves mobile gaming and wants a device that excels at it. The ROG phone deals with 3D games better than any other phone I’ve used. I know it’s no replacement for actually seeing it in action, but check out this still image:

The display is amazingly crisp. There’s also an amazing feature on the side of the phone called Air Triggers, which are basically sensors that work as shoulder buttons for gaming when the device is in landscape mode. I was also pleasantly surprised with the quality of the camera:

Despite all these positive points, there is a downside. The 128GB ASUS ROG phone costs $900. For that sort of money, you can pretty much get a flagship phone from Samsung, Apple, or Huawei. While it deals better with games, devices from the aforementioned companies are superior at being, well, phones.

Still, I have a weird soft spot for the ASUS ROG phone. It’s actually out here doing something different. The company’s not content to mix it with a pretty same-y market, instead it wants to take a distinct approach to being a handheld device. And I respect that.

But, most of all, I respect how it plays Snake. 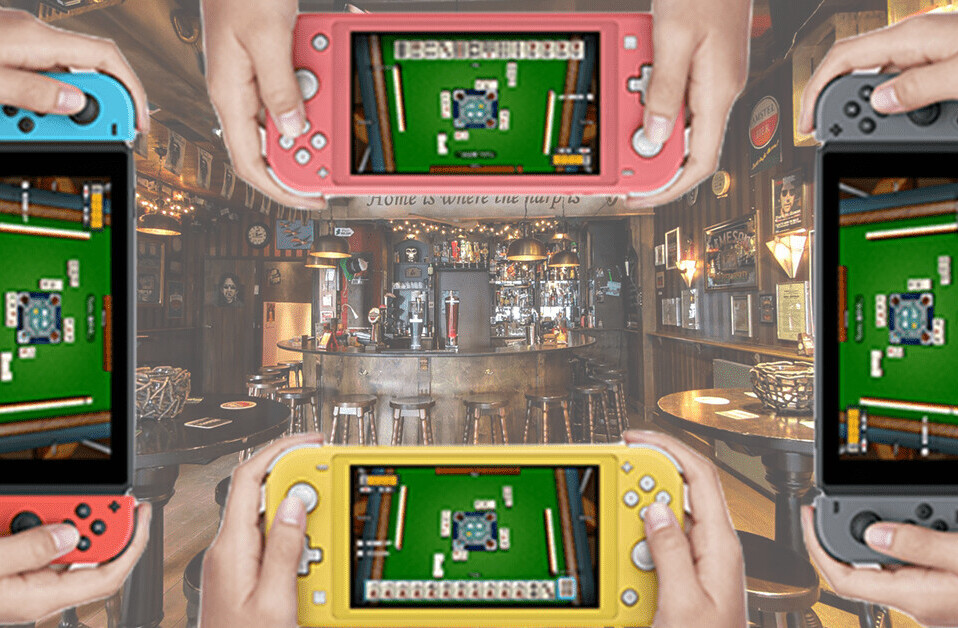